Sherborne Investors confirmed last week that its CEO, Ed Bramson, will be nominated for election to the board of British bank Barclays, at its annual meeting in May. Sherborne unveiled a 5% stake in the bank in mid-March 2018 and has been pushing for changes since.

The activist has been cagey about its demands but previously expressed interest in slimming down Barclays’ investment banking unit and relying more on its traditional consumer business. The activist is at odds with Barclays CEO Jes Staley, who is set on boosting returns and overhauling the investment bank.

If Bramson is appointed as chairman of the Barclays board or an executive officer - unlikely, given the British bank has tapped Rothschild's Nigel Higgins as its chairman - compensation from his fund will be on a sliding scale from 0-25% of profits based on the rate of return, according to his prospectus. It is the Anglo-American financier’s largest ever investment through Sherborne.

White Diamond Research revealed on Wednesday that is has gone short Colorado-based New Age Beverages’ stock, claiming that upcoming events will cause the share price to drop. In a public letter last week, the short seller labeled New Age a “$500M market cap struggling US beverage roll-up attempting to reinvent itself by marketing CBD-infused drinks [sic].” The activist short seller believes a licensing deal to sell Marley-branded CBD drinks means the company will have to surrender 50% of its gross margin.

The activist also labeled the company as “highly promotional” and claimed that its 300% share price increase was based on speculation among investors as opposed to the company’s own doing. White Diamond also explained that a lock-up agreement with insiders expires on Wednesday, allowing over six million shares to be sold. The short seller believes this will “fuel a selloff.”

The number of U.S.-based companies publicly subjected to activist demands between January 01 and February 08 in respective years. 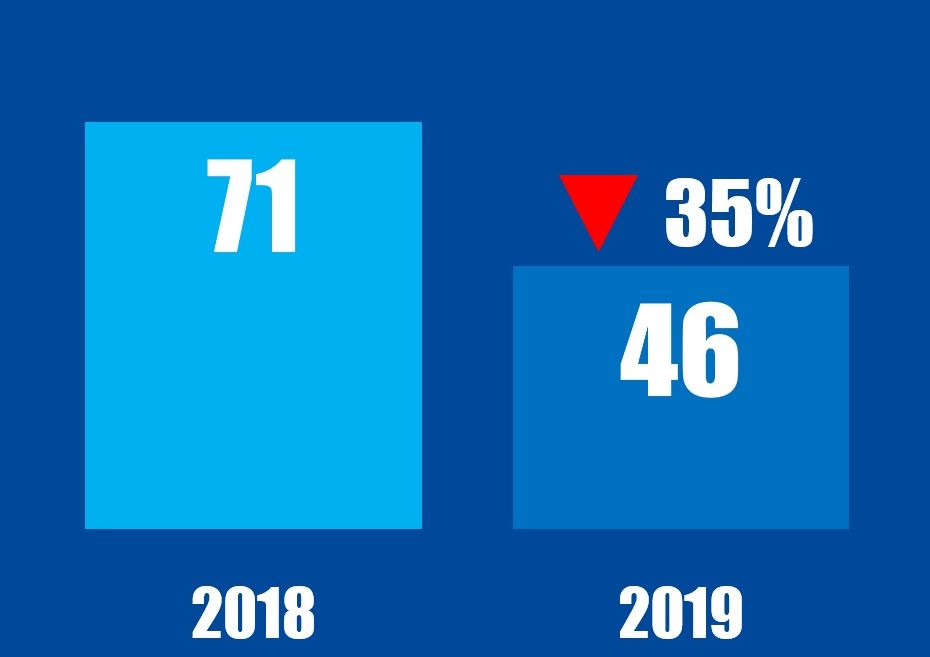