1) A final reminder that I’m looking to hire an analyst, based in Baltimore, for my new investment newsletter business, Empire Financial Research. The ideal candidate will have a passion for investing, a nose for cheap stocks and great writing skills. One of the analyst’s jobs will be helping me put together daily emails like this one, which, as I hope you can tell, is lots of fun! Click here for the job description and information on how to apply.

2) I got some good feedback on yesterday’s Stock Idea of the Day, Activision Blizzard (ATVI) – thank you to those who wrote in!

One of my readers thought that having a stock idea every day sounded like way too many, to which I replied: 1) I’m not committing to coming up with a new idea every day; 2) I'm only looking to come up with an actionable idea once a month at most; and 3) I'm not finding it hard to come up with at least one interesting stock each day to spend an hour or two learning more about. While it’s not a particularly attractive market right now for value investors, there are plenty of good companies with long track records of value creation whose stocks have been cut in half for one reason or another – which is just the kind of situation I like to look at.

3) Today’s Stock Idea of the Day is RV-maker Thor Industries (NYSE:THO). My initial assumptions were that it was a commodity, fragmented, cyclical industry, but it’s not. Thor is the dominant market leader with 50% market share (mostly towables, meaning they're attached to other vehicles rather than having their own motors). It's worth noting that Berkshire Hathaway-owned Forest River is No. 2 with a 35% market share.

As you can see in this chart, over the past 30 years, Thor has never even come close to losing money, even in 2009:

The industry overheated in 2017-18 and is now in the midst of a big unwind, which has resulted in Thor's stock getting cut in half. Who knows where the bottom is, but the company has plenty of cash and no debt, and the stock, which pays a 2.2% dividend, trades at 0.5x revenues, 5.7x trailing EBITDA and 11.6x trailing EPS.

I’ve been on KIPP’s board for nearly two decades and it’s an amazing organization, with 13 schools in NYC serving more than 5,000 almost entirely low-income, minority students. It’s part of a national network of 224 KIPP schools nationwide.

The Casino Night is always a lot of fun, with great prizes for the final table winners of the poker tournament. Click here for further information and to register. I hope to see you there! 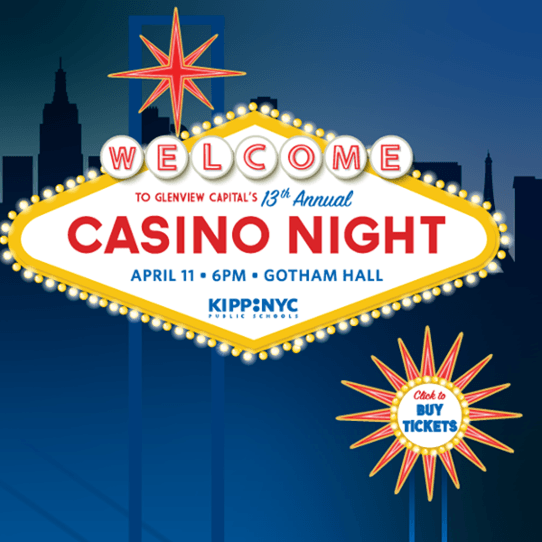