Concentrating in those few in a way are wonderful opportunities. Do you believe that 0/6/25 watermark shows you that the Buffett Partnership popularized is the fare structure for both limited partners and the managers themselves. And could you also touch upon what's the structure you employ in your partnership. Thank you.

When I get a copy of the market formula more or less and I do think it's fair or not it's still fair. I'm looking at still use. You know I think it is fair and I wish it was more common. I basically don't like get the business and scraping it off the top. You're advising other people you ought to be pretty rich pretty soon. Why would I pay a lower price for somebody who couldn't himself get pretty rich pretty soon. And if you're pretty rich why shouldn't you put your money alongside your investors and go up and down with them in the mad stretch you scrape money off the top when they were going down. I'm not. So I like the buffet system.

Speaking of Berkshire the company's vice chair Charlie Munger was speaking to shareholders of the Daily Journal today. When Berkshire came up.

We had an easier world than you people are facing. From this point forward. And. I don't think you're going to get. The kind of results we got by just doing what we did. That's not to say that what we did. And the attitudes that we had are obsolete are really useful. It's just that their prospects are worse and they've said this before my investment management business is harder now than it was then. Size also makes it hard to keep doing wells for them rather than just the markets in general is so much more efficient move that much faster. The information flow doesn't get clogged up along the way from the best informed to the least informed the way it used and they do not have kind words for the one in 22 and 20 management model where Mongar again singled out Monas Habra as somebody who didn't take it as a management fee for 10 years until he got back to his high watermark is saying you know this. This is how Warren did it. Back in the day and I'm going back to whether you can emulate that strategy now he said you know why should you pay somebody who's just paying them to invest your money you're paying them on the profits but don't pay them to sit there repeating a criticism of the money without a doubt.

Look you're the Berkshire Hathaway itself doesn't take a fee just to hold the shares. So. It was only about a 5 6 1. 0. 1 question is for. Them to see that. One. Turning. That. They're on. The ground. Probably won't be. Completed a year you know maybe over water. 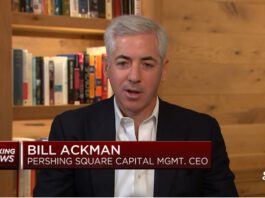 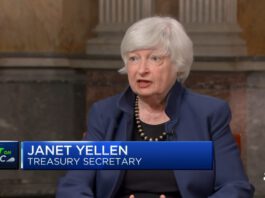 Janet Yellen On Selling Global Minimum Tax To The Congress 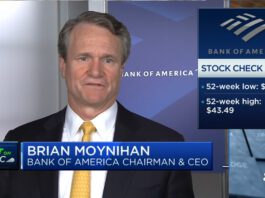 Bank Of America CEO On The Comany’s Q2 Earnings