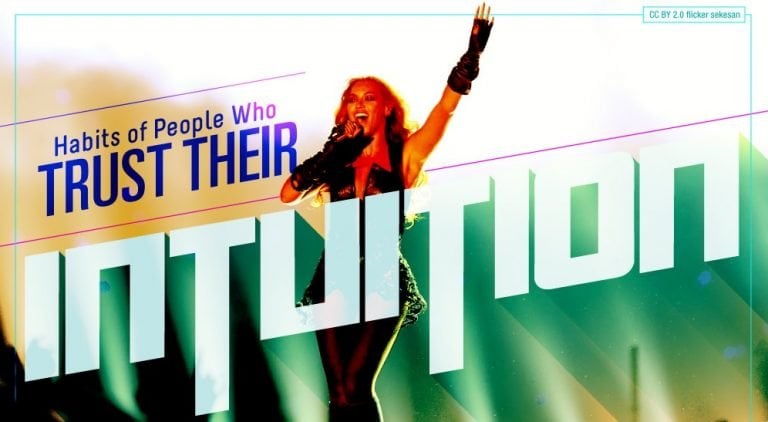 The year is 44 BCE and Calpurnia, the wife of emperor Julius Caesar, is plagued with dreams of her husband’s death. Envisioning his assassination, she urges him to avoid going to the senate. As history tell us, her warning went unheeded and Julius Caesar is brutally murdered. Calpurnia was not influenced by anything magical or otherworldly; she certainly couldn’t tell the future. It was instead instincts that led her to these dire conclusions, the unconscious mind often piecing together a larger picture  more clearly than our active mind can.

In the example of Calpurnia, her instincts were simply a culmination of societal tensions, political unrest, and mistrust of Caesar’s colleagues, leading her to a terrifying realization. Luckily for most of us the stakes of listening to our intuition are very rarely a life and death situation, but taking into account our instincts in daily lives at work and at home can yield surprising results – all it takes is a little trust and mindfulness. Generally speaking, “following your gut” isn’t a quality looked highly upon, likely for the implications of impulsive or irresponsible decision making. Society would rather see success based on merit, hard work, and maintaining the status quo rather than a lucky feeling. But intuition is more than just luck, it’s an evolutionary necessity and almost something of a sixth sense.

Today, 50% of Americans say they trust their gut to tell them what’s true and 62% of businesses executives say they rely on gut feelings. We can feel intuition in our body, in our emotions, and even our instinctive reactions but whether these feelings lead to successful outcomes is entirely up to us. We form levels of intuition based on our experiences, informed by what we’ve learned from previous interactions and events. Because of this, it is important to be able to separate real instincts from our social biases or prejudices that may be influencing a decision one way or the other. Author Malcolm Gladwell describes it well as, “Truly successful decision making relies on a balance between deliberate and instinctive thinking.”

Our powers of intuition influence our decisions more than we may believe. It may feel like a force beyond our control, but in reality our instincts are only as reliable as our own experiences. Take a look at this infographic for more on the power of intuition, how to stop ignoring it, and how to find a balance between following your gut and following your head.