ValueWalk
Home Business Even After Tax Cuts, Russell 2000 PE TTM Is At 59 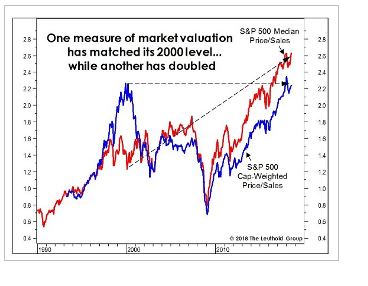 As noted in recent letters, through this entire bull market low interest rates were used to justify egregious earnings multiples on stocks, as well as creating those earnings via cheap mortgages, auto loans, debt-financed stock buybacks, etc., and yet now those rates are now climbing while the liquidity withdrawal of quantitative tightening continues. Even before the arrival of (or perhaps anticipating) massive deficit-related U.S. debt issuance starting later this year, the 10-year U.S. treasury yield has definitively broken its long-term downtrend and now sits at nearly 2.9% while the 2-year yield of over 2.6% handily bests the S&P 500’s approximately 1.8%, thereby presenting an attractive alternative to an index priced at nearly 25x trailing GAAP earnings when a flattening 2-10 curve and recent slowing in global growth and ongoing trade wars may be indicative of a looming economic slowdown…