ValueWalk
Home Info-Graphs Are Millenials Worse Or Just As Bad As Boomers? 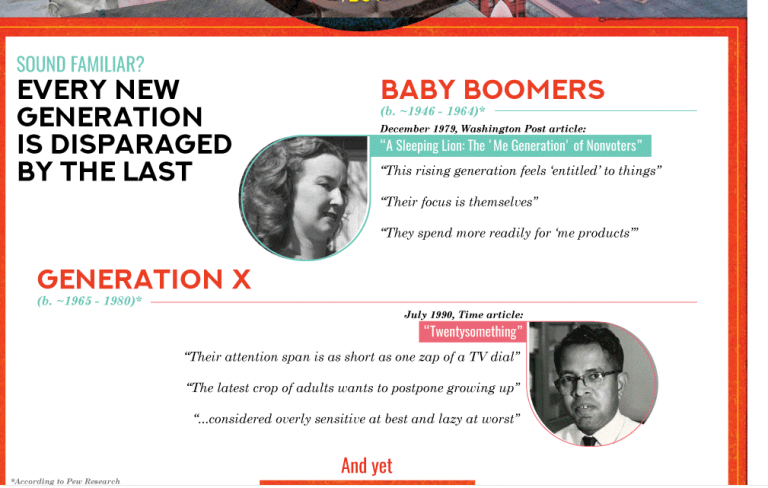 Every generation faces criticism from their elders; “kids these days” is a refrain as old as time. For the Baby Boomers it was the “Me Generation,” and for Gen X it was a short attention span. Today however it is millennials that are targeted and it seems their generation has received a disproportionate amount of hate. From media and older generations alike, millennial bashing has turned into almost a national pastime, citing them as lazy, entitled, selfish, and “killing” industries left and right. On top of the constant onslaught of mostly unwarranted criticism, millennials grew up in a world of extreme economic struggle and are now dealing with the current inauspicious job market, student loans, political unrest, on top of nagging grandparents. 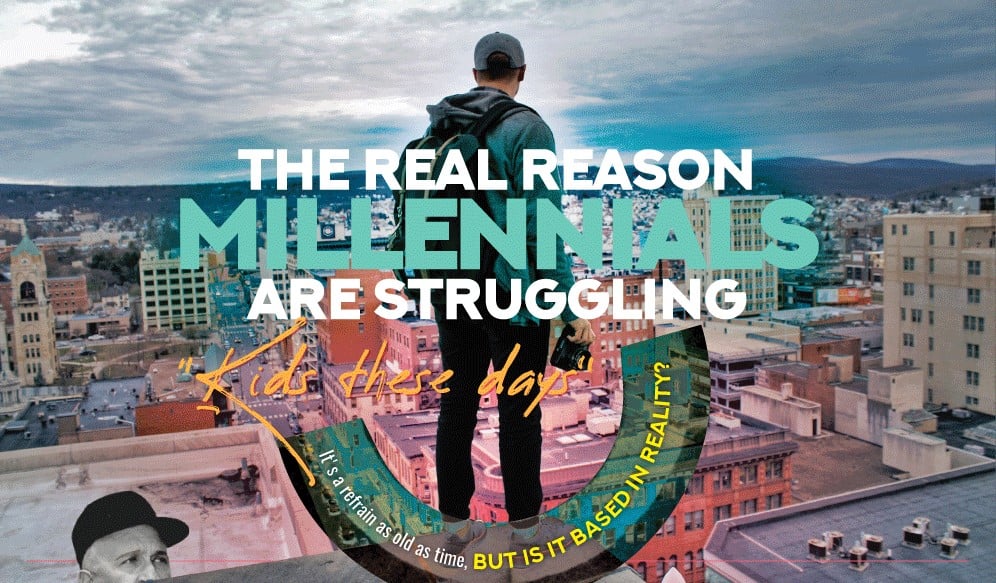 In the past 15 years, student debt owned by American households has tripled. At just $340 billion in 2001, today the collective student loan debt bill amounting to $1.3 trillion in 2016. For young adults living in a reality where a college degree is practically a requirement for employment, avoiding loans isn’t a possibility and its common for this debt to loom well into their adulthood. When entering the workforce, developing a fulfilling career is a particular challenge to millennials. With so much time, effort, and money put towards their college degrees, millennials are driven to work in fields that are committed to innovation and count their professional growth alongside personal growth.

This leads to low levels of job loyalty among millennials with 43% of them expecting to leave their current position within two years. When given the opportunity to work in an environment that aligns with their own values, millennials are among the highest demographic of employees who don’t use their vacation time, many citing reasons such as not wanting to seem irresponsible or concerns over what their boss might think of them taking time off. High housing costs follow soon after as the median cost of rent has almost doubled since 2000. With the average monthly rent asking price in 2018 at $950, it’s no wonder that many young people are opting to stay living at home longer than earlier generations. Though it remains as one of the highest talking points for millennial bashing, staying at home longer might just be a more financially responsible decision than moving out as quickly as possible.

Though faced with challenges that earlier generations never imagined, millennials are still succeeding despite the adversity. Take a look at this infographic for more on millennials, the economy and job market they face, how they stand up to negativity, and make the most of the circumstances they are given. So is millennial bashing justified? You decide!