ValueWalk
Home Business Will 2018 Be A Repeat of 2002 Tariffs on Resource Heavy TSX,... 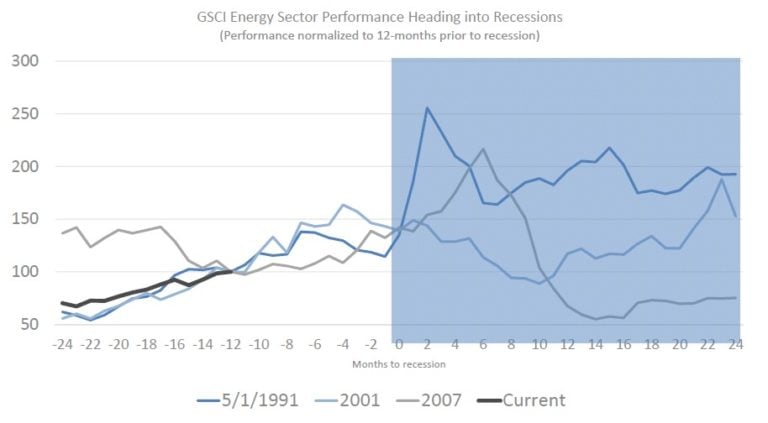 Tariffs are front and center right now in the markets, and during the 2002 steel tariffs, the steel tariffs were not good for the U.S. markets. The Dow Jones Industrial Average, S&P 500, and the NASDAQ were all down between 20-30% during the 2002 steel tariffs, before recovering, when tariffs ended in December 2003. With the US now imposing steel tariffs on Canada, Mexico, and the European Union. While exempting Australia, South Korea, Brazil, and Argentina. What does this mean for the Canadian stock markets, and what will happen to the Australian markets, if Australia gets hit with the steel tariffs? Both the TSX & ASX are heavily weighted to financials and materials, and both experienced huge housing booms over the past decade. Will gold be a safe haven for Canadian and Australian investors?

“I do think that this trade stuff is a negative. It is going to hurt sentiment. Its badly thought through. Its not strategic. There are legitimate complaints about trade. But this is not the way to go about it. And you see it in the volatility in the market” Jamie Dimon (Chairman & CEO of JPMogran Chase)  (Source CNBC)

Even though Canada was exempt during the 2002 steel tariffs, S&P/TSX Composite fell by almost 30% during the US imposing the steel tariffs in 2002. The S&P/TSX Composite finished slightly positive by the time the tariffs were over. The S&P/TSX Venture Composite (Venture), Canada’s junior market, not only FELL less during the bear market but significantly outperformed by the end of the tariffs. The Venture was up by almost 50%. The sector rotation out of technology and into commodities had begun, and the Venture saw HUGE fund flows because of its heavily weighted in junior mining (gold stock, silver stocks, copper stocks, etc.) and junior oil & gas stocks. You had capital pull out of speculative tech stocks (Nortel Networks) and venture capital and put into high-risk commodity focused junior explorers, developers, and junior miners. The Venture is the largest venture capital space in the world to invest in small cap natural resource stocks, providing exposure to exploration, development, production, and mining services. If history repeats, then the TSX Venture is set to outperform the broader markets once again.

The broader ASX 200 fell less than the Canadian and US markets during the 2002 US steel tariffs while the North American equities were selling off in the second half of 2002. The broader ASX Materials Index finished positive, just over 10% by the end of 2003. We can see that even in Australia the sector rotation into materials had started to take place following tech burst. What was surprising, in 2002, was that both the ASX 200 bottomed in February 2003, posting modest negative returning during the trade situation. The ASX Materials in contrasts bottomed in September 2002. While only a few months into the US steel tariffs, the overall ASX Market continues to be up, with the ASX materials up but lagging the broader index ASX 200. Gold significantly outperformed the ASX, even when adjusting for currency appreciation.

WHAT IS DIFFERENT THIS TIME FOR CANADA?

Unlike the U.S Federal Reserve, that was decreasing rates, after September 11, only a few months prior to the steel tariffs, and the bursting of the tech bubble. In Canada, the Bank of Canada (BoC) raised its target four times over the same time period, by 125 BPS, from 2.25% to 3.5%. But it didn’t stop there. In July 2003, the tightening was over, and the target was reduced to 3.25%, then again to 3.00% Where the is Bank of Canada today? No change in its target yet since the US steel tariffs started and no reaction yet to them being implemented on Canada. But will they be forced to raise their targets?

“The economic progress we have seen makes us more confident that higher interest rates will be warranted over time, although some monetary policy accommodation will still be needed,” Governor Poloz said. “We will continue to watch how households and the entire economy are reacting to higher interest rates. And we will be cautious in making future adjustments to monetary policy, guided by incoming data.”

Canadian households have built up about $2 trillion of debt, including $1.5 trillion of mortgage debt….a prolonged period of low interest rates that allowed borrowers to take out larger mortgages for the same payment size. This debt is now a vulnerability, both for the whole economy and for highly indebted households who will face increased debt-service costs when interest rates rise. “We are closely watching the vulnerability represented by this group and the debt they carry, and how it poses a risk to both the financial system and the economy,” Governor Poloz said.  – Bank of Canada

Canadian households continue to be significantly more leveraged than they were before the 2008 recession. But will the Bank of Canada raise rates? They may have no choice. Are household and businesses going to be able to handle inflation pressures they are already experiencing from rising gas prices? Brent crude hits its highest level since 2014. There is also the July 1st deadline of tariffs being added to US imports.

“The problem for the Bank of Canada is this. What do they really control? So, when we get the Bank of Canada press statement, what is it they do? They actually just have an influence on the overnight rate and the overnight rate you can say as sort of an impact to the very front end of the curve. But the reality is that the Canadian bond curve is 90% correlated to the US Treasury market. What are US Treasury yields doing? They’re back up. There’s nothing the Bank of Canada can do about that. US Treasury yields are backing up.We are importing a good part of that into Canada. Mortgages are ultimately priced off the bond curve. And so, look at what happened last week.Even just weeks after the Bank of Canada said we’re are on, maybe on hold indefinitely. Mortgage rates went up last week because of the importation of higher bond yields south of the border.

…. This is the shocking statistic. Normally conservative Canadians that historically really went and took out five-year mortgages. They didn’t want to take on refinancing risk. Half of the Canadian residential mortgages rollover in the next year. Almost half, the number if 47%. That shocking” – David Rosenberg (Source BNN Bloomberg)

WHAT IS DIFFERENT THIS TIME FOR AUSTRALIA?

The Reserve Bank of Australia (RBA) during the 2002 episode of tariffs, followed the similar path to the Bank of Canada by raising its cash target rate four times, by 100 BPS from 4.25% to 5.25%. But there were no reductions, only hikes, and holds. Where is the RBA now? The RBA has stayed the course by holding rates, but will it follow history and begin raising rates? What about the impending interest-only loans that need to be refinanced over the next three years? Will the RBA hold back from raising rates? Time will tell.

In Australia interest-only mortgages, which during “their recent peak, they accounted for almost 40 per cent of all mortgages. While interest-only loans have a role to play in Australian mortgage finance, their value has limits.” Will overseas funding costs that are impacted by the US increasing rate, rise well? “Over the last 20 years to 30 June 2014 the correlation between Australian and US 10-year yields has been 0.84 measured over quarterly periods with a correlation of 0.71” Source: Franklin Templeton. While not the short-end of the curve, as we have seen recently with many emerging markets rising interest rates is becoming the new normal and Australia will have to raise the cash rate soon if the Fed keeps going.

Due to the tight correlation that Australian and Canadian rates have to US rates, we could see banks hike their mortgage rates higher if the US Fed continues to raise its target rate. We would also expect this would further put pressure on both of their housing markets and the capital markets if a broader sell-off takes hold because of the tariffs as had previously occurred in the 2002 tariffs. This may present opportunities for royalty stocks like to provide funding to the sector because capital markets funding through equity issuance and commercial lending from banks would dry up.

WINNERS FROM THE US 2002 STEEL TARIFFS

The outlier remains how long will the US Federal Reserve continue to raise interest rate until something breaks?

Written by Paul Farrugia, BCom. Paul is the President & CEO of First Macro Capital. He helps his readers identify mining stocks to hold for the long-term. He provides a checklist to find winning gold and silver miner stocks and any commodity producer.

The information contained herein is obtained from sources believed to be reliable, but its accuracy cannot be guaranteed. It is not designed to meet your financial situation – we are not investment advisors, nor do we give personalized investment advice. The opinions expressed herein are those of the publisher and are subject to change without notice. It may become outdated, and there is no obligation to update any such information.

Investments recommended in our publications, blog posts, emails, online communications, or any online contents published by any party of First Macro Capital and its affiliated companies should be made only after consulting with your investment advisor and only after reviewing the prospectus or financial statements of the company in question. You should not make any decision based solely on what you read here.