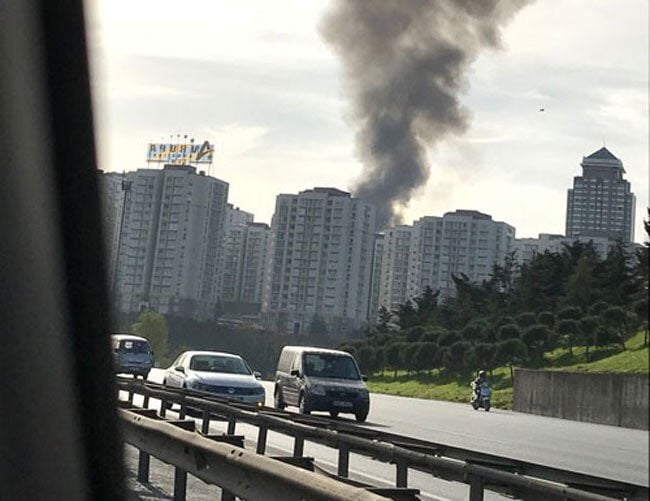 The latest on the Taksim Hospital fire

We’re starting to see the first live videos from the scene of the Taksim Hospital fire in western Istanbul. Footage from the scene shows thick black smoke pouring from the roof. It’s still very early in the situation, but so far, there are no reports of casualties in the fire. Turkish media outlets are reporting that the part of the hospital that caught fire is currently under construction, so there were no patients on the floors that caught fire. The Istanbul hospital fire reportedly started on the outside of the building and roared up to the roof.

Multiple fire brigades were dispatched to the scene as hospital staff evacuated patients and quickly removed vital hospital equipment through the front door of the building. Images from the scene of the blaze show that as the fire engulfed the outside of the building, burning siding was falling off onto the ground below. At this point, the cause of the fire is still unclear.