ValueWalk
Home Science Where Does Our Drinking Water Come From In The United States?

Clean drinking water is one of our most precious resources and it turns out we are using a lot of it.  More than 355 billion gallons of water is consumed in the United State alone and that number continues to rise and the population continues to grow.  The more people there are on this planet, the more mouths we have to feed. 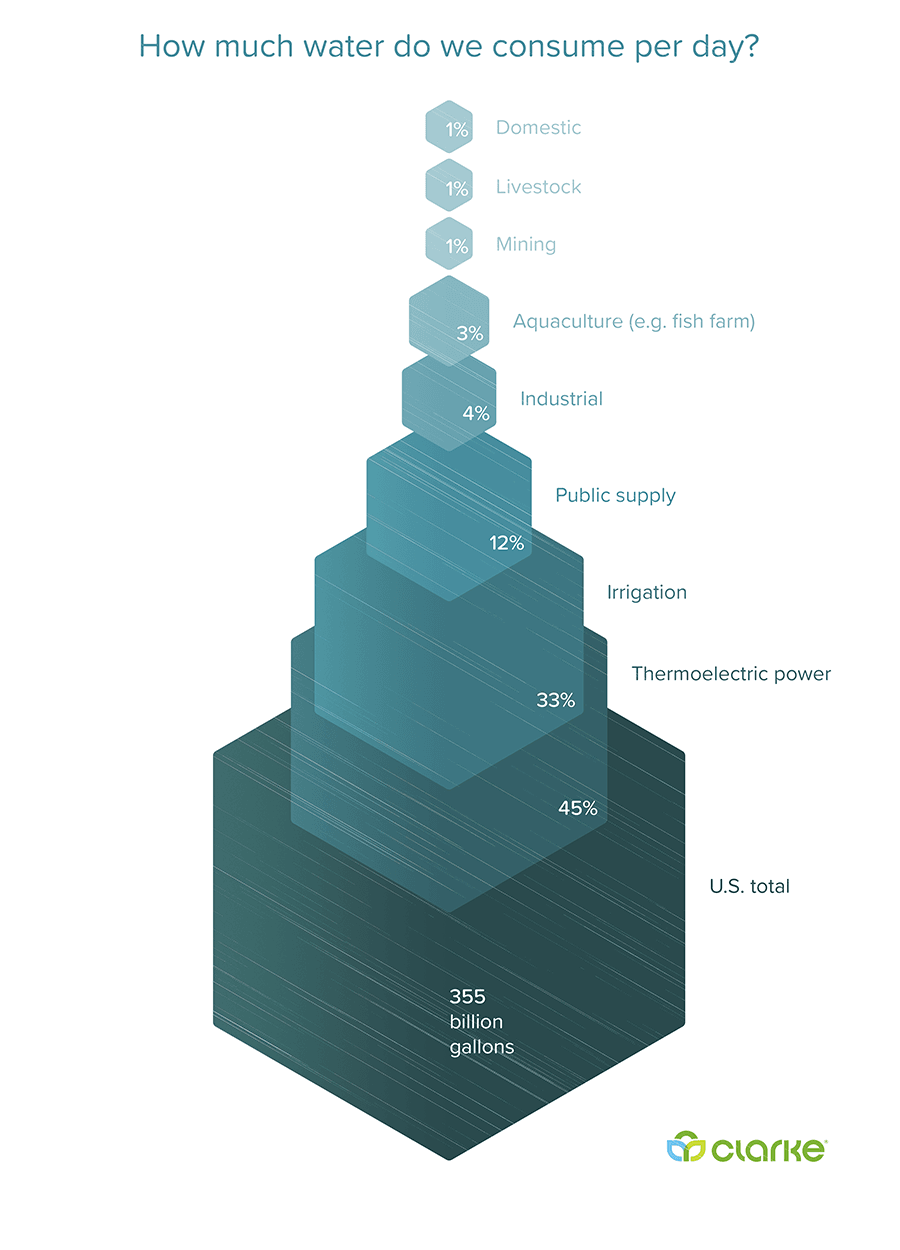 I’m some parts of the developed world, we take water for granted in that every time we turn on the faucet, we have clean drinking water easily accessible. However, many countries are facing widespread droughts, like in South Africa, which will have its taps turned off until April of 2018.

When it comes to groundwater, a bulk of our groundwater sources is located beneath the soil and in rocks underground and underground aquifers. Groundwater is used for the same purposes in the United States as surface water (drinking water, agriculture, and for manufacturing).

How much water do we consume per day?

To see the full analysis on where our where our water comes from, check out the resource from Clarke.