ValueWalk
Home Economics Good News For South Africa If It Does Not Become Zimbabwe 2.0

Ugly… and bad for your health.

I was “lucky” enough to grow up looking at these in Johannesburg.

Not these ones exactly, but they looked exactly the same. They were right outside my window and there wasn’t a day that passed when they didn’t look down on me like some cluster of celestial dictators breathing fumes from out the tops of their skulls… and from which there seemed no escape.

They’re not particularly good for your health and are — as you can see — about as aesthetically pleasing as anything the Soviets dreamt up.

Now, I hear you. You’re thinking, “Who the hell cares about these ugly power stations.” Or, “I’m not living in Johannesburg, Chris.” Heck, maybe you’ve never visited South Africa.

To which I’d say, “Well, you should probably go.” Really… and soon. Because in another decade there won’t be much left to see as I’ll explain in a moment.

That said, the reason I bring up power stations is because coal fired power still accounts for roughly a third of global energy consumption. South Africa isn’t the only culprit. We all know China burns gob loads of coal, which is why you chew the air before swallowing it. Not good. 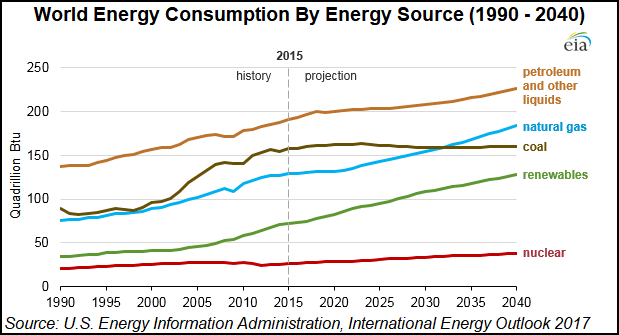 That’s Changing… and Rapidly So

Renewables are catching up at an accelerating rate, which is all good news. Not just because it’ll keep the beardies happy.

But the reason I bring up the dusty shores of Southern Africa is because — aside from my having spent the better part of my growing up years there — they have some serious electricity problems.

Why these issues exist, though, is as obvious as a frying-pan in the face, though it’s politically unacceptable to say so. You can’t get rid of all the talent pool and expect a different outcome. That would be asinine, which is why the government of South Africa pursued that path.

In any event, what is being trialed now is important because we can expect to see this little sapling of an idea to gain momentum elsewhere in the world… and that matters from an investment perspective.

And God knows they’re going to need all the help they can get after the government’s most recent bid to create widespread famine, starvation, and ultimately revolution. I am, of course, talking about the vote to  “expropriate” white-owned farms in South Africa without compensation.

“The time for reconciliation is over. Now is the time for justice,” Malema told the parliament.

We must ensure that we restore the dignity of our people without compensating the criminals who stole our land.

Julius Malema, is the head of South Africa’s Marxist Economic Freedom Fighters, which has got to be the funniest name I’ve come across in a long time. Marxism and economic freedom go together like peanut butter and nails. It’s like a death cult calling itself a charity. It’s one or the other… and I’m here to tell you it’s one and NOT the other.

Long term readers know full well I’ve long been a bear on my former homeland for quite some time. As much as I wish it weren’t so, investing based on what you WANT to happen is just plain thick. I said it before and don’t mind saying it again, South Africa will revert to the mean:

Nelson Mandela was a rare divergence from this trend, but if you cared to look under the covers, you’d have noticed that those surrounding him were, without exception complete lunatics. The country went from being governed by white lunatics to having a generation of relative calm, but is now hurtling rapidly towards the abyss. It’s now governed by a new set of lunatics – this time black. It’s said that it only takes a generation to go from civilisation to barbarism, and South Africa is a fascinating case in point.

The discovery that the schools, universities, and the country are being run by farm animals is plain for everyone to see, though it’s considered highly racist to say so. Stupid is as stupid says no matter the colour of your skin.

In any event, that’s not what this article is about. So, back to the fun stuff. As reported by Mining Weekly:

Eskom’s testing and development centre in Rosherville will test the VRFB and its performance and applications to demonstrate the abilities and maturity of the VRFB technology for broad commercial use in South Africa and on the African continent.

Ultimately what happens in Africa won’t matter much.

Sadly, after the coming white genocide (yes, it’s a very real possibility even probability and thinking it won’t happen is plain foolish), followed by mass starvation (Zimbabwe 2.0), and civil strife (folks have no idea how racially charged and ultimately tribal South Africa is, and I’m talking here about black on black violence), even large-scale commercial projects and enterprise will become relatively meaningless on the global stage. It’s coming. Watch!

What really matters is this technology, vanadium redox flow batteries, and its implementation elsewhere in the world… and at scale.

Vanadium is actually a pretty boring metal. Its primary use is that of hardening steel, which accounts for about 90% of current demand.

You can thank it for keeping you safe 40 floors up while you wander about picking your nose without a care in the world all the while millions of tons of concrete above and below you are held by steel structures. Steel hardened by vanadium.

What’s really interesting, though, is the metal’s application in battery technology which, unlike lithium-ion, can provide base-load power.

The flow battery market is projected to grow to $946 million by 2023… from its current tiny level of $230 million. That, my friend, is a 33% CAGR, which I dare say, is likely to be even more fun than watching bikini clad models wrestling in peanut butter.

Our Chinese friends, those crafty buggers, are moving quickly in this space. But shhh… nobody else has noticed yet.

In fact, governments worldwide are committing billions of dollars to all manner of alternative energy projects, and within this space we’re increasingly seeing electric grid facilities popping up like mushrooms after a rainstorm:

The developer of one of the world’s biggest battery energy storage systems (BESS) installed globally so far will be taking its vanadium redox flow systems into the international market, beginning with a pilot in Belgium.

Japan’s Sumitomo Electric Industries, which put a 60MWh vanadium redox flow system into operation to assist the integration of renewables on the northern Japanese island of Hokkaido, has formed a strategic partnership with Belgium-headquartered CMI Group to market the former’s Redox Battery in international markets.

And in the US:

The redox flow battery system developed for the project is the largest of its kind in the US, claims SEI.

It’s early days yet, but the technology behind VRFB’s is certainly superior to that of lithium-ion (though it’ll be used for large scale, not small scale) and there aren’t a whole lot of players in this market… yet.

It could well be the next big thing in energy storage, though it’s not going to save South Africa. In that realm we just wait for the inevitable, and in a decade or, so we can go visit to buy sandals made from car tyres, gawk at what’s left of the wildlife (because let’s face it, when you’re starving, even an endangered white rhino looks like food), and then if we’re feeling sick about the plight of all the poor people milling around, western charity groups will send in well meaning 20 and 30 somethings to build some wells.

On the bright side, the lights may actually work… thanks to vanadium redox flow batteries.