ValueWalk
Home Business Guides 12 Idioms That Get Lost In Translation 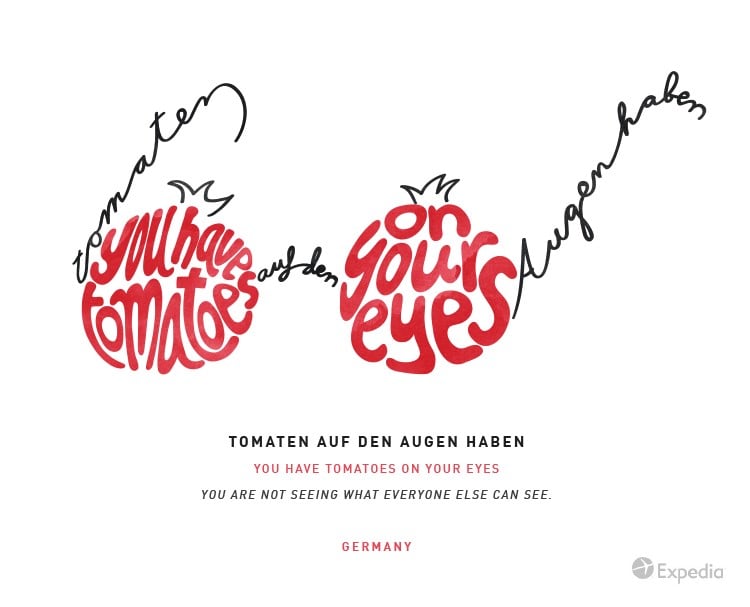 Every language and culture around the world has its quirks and these are particularly common when it comes to idioms; those sayings we all use that aren’t meant to be taken literally. They make perfect sense to us, but none whatsoever to people from other countries.

So Expedia has found 12 of the most easily misunderstood idioms from various places in the world and created visual representations of what they say and what they really mean.

You have tomatoes on your eyes

Here’s a good example to start with as a reminder that these sayings aren’t to be taken literally. It comes from Germany, where nobody ever has tomatoes on their eyes, but it’s a saying that means that you’re not seeing something that everyone else is seeing. 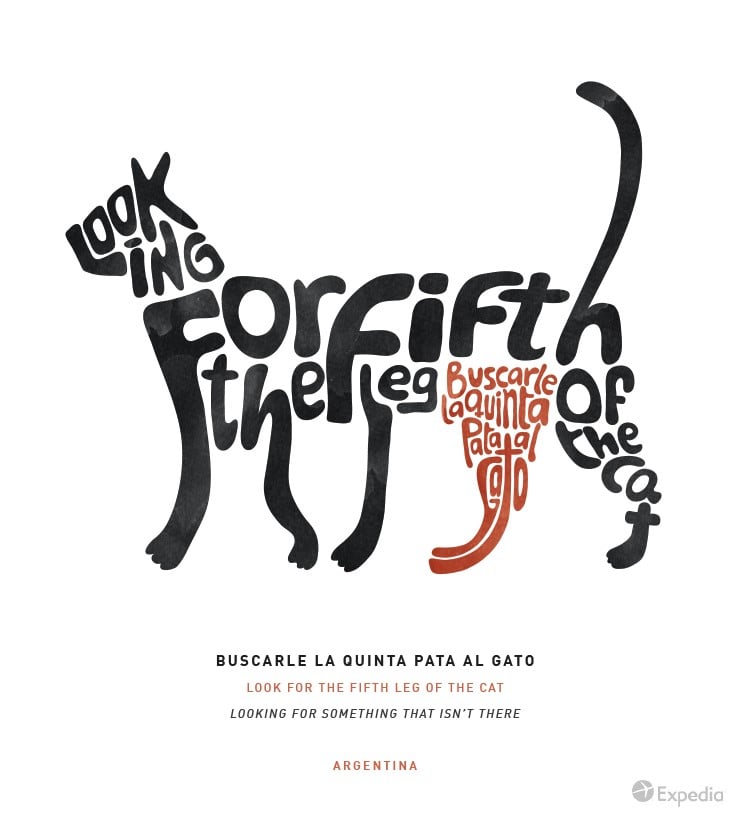 Look for the fifth leg of the cat

Cats with five legs are as rare in Argentina as anywhere else, so this idiom means that the person is being accused of being paranoid and looking for something (usually a problem) that isn’t really there. Like, say a five-legged cat. 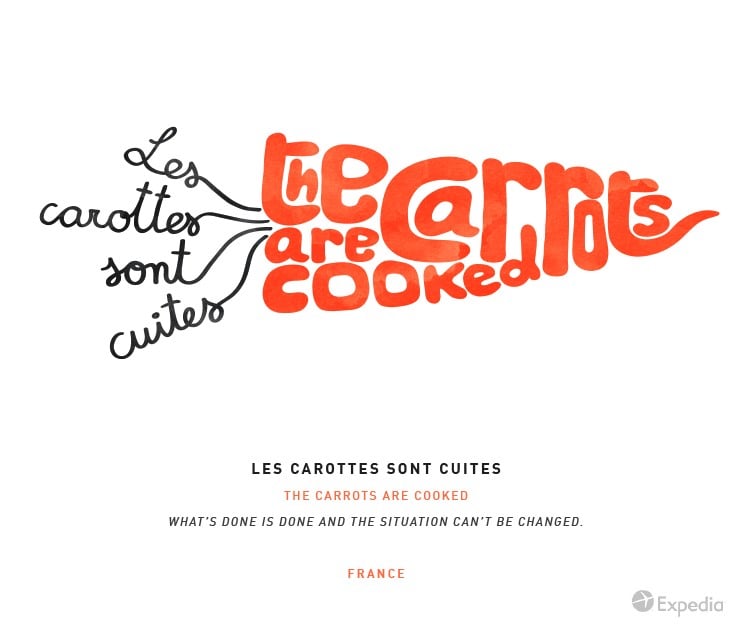 The carrots are cooked 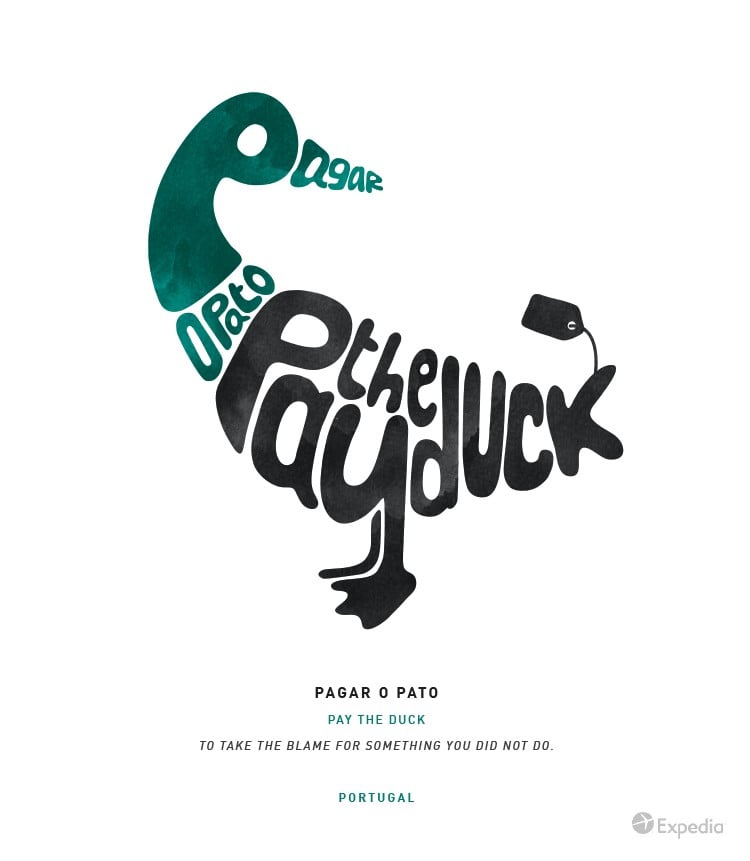 In Portugal, there aren’t any ducks going round collecting taxes, so the idiom ‘pay the duck’ must mean something else. It actually means ‘to take the blame for something you haven’t done’. So while English languages have a scapegoat, in Portugal it’s more of a scape...duck? 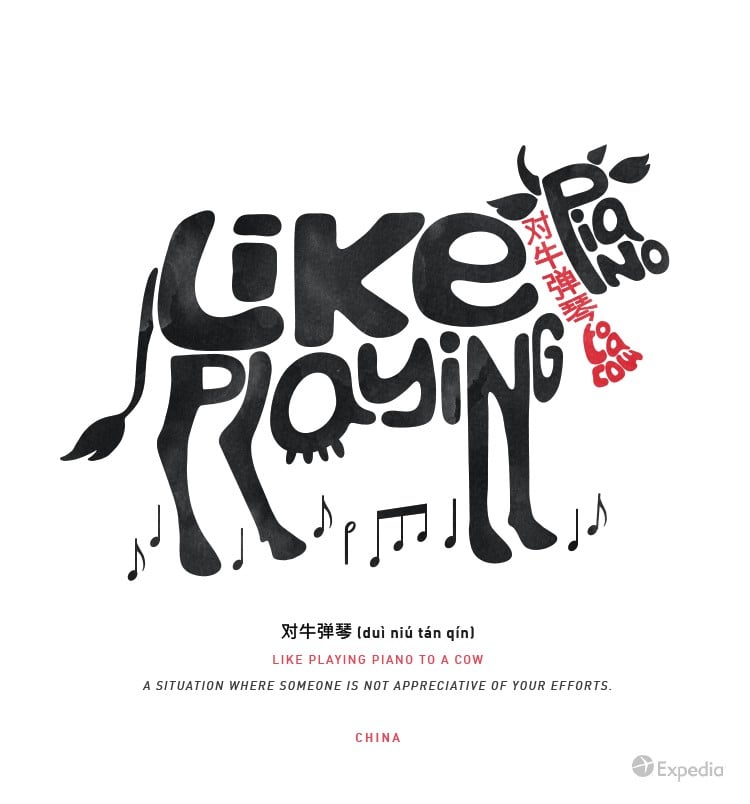 No matter where we’re from, we’ve all been in that situation where we’ve worked hard at something and received no appreciation whatsoever for it. In Japan, they’re so annoyed by this that they’ve come up with this wonderful idiom, comparing it to playing piano to a completely oblivious cow. 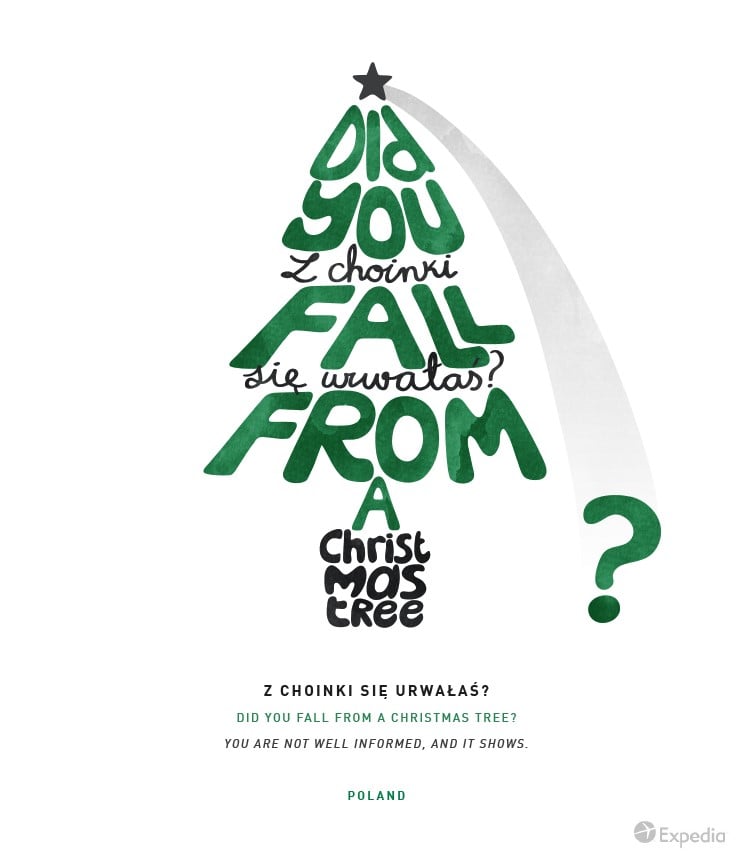 Did you fall from a Christmas tree?

This one might sound suspiciously like a bad festive pick-up line to Western ears, but actually means that the person is ill-informed and it shows. It comes from Poland, so if you’re ever trying pick-up lines there around Christmas time, better skip this one. 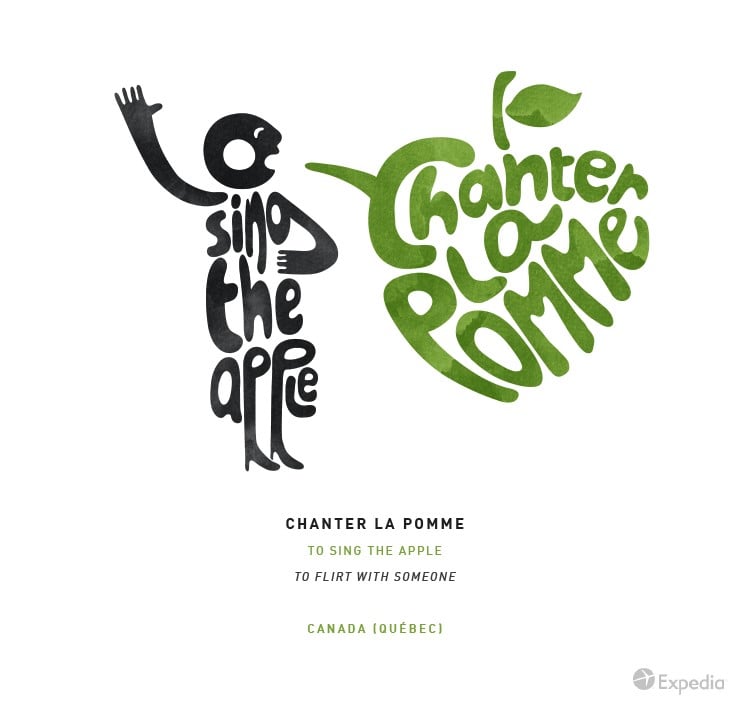 To sing the apple

In Quebec, flirting with someone is called ‘chanter la pomme’. We can’t say for sure why, but it sounds nice doesn’t it? 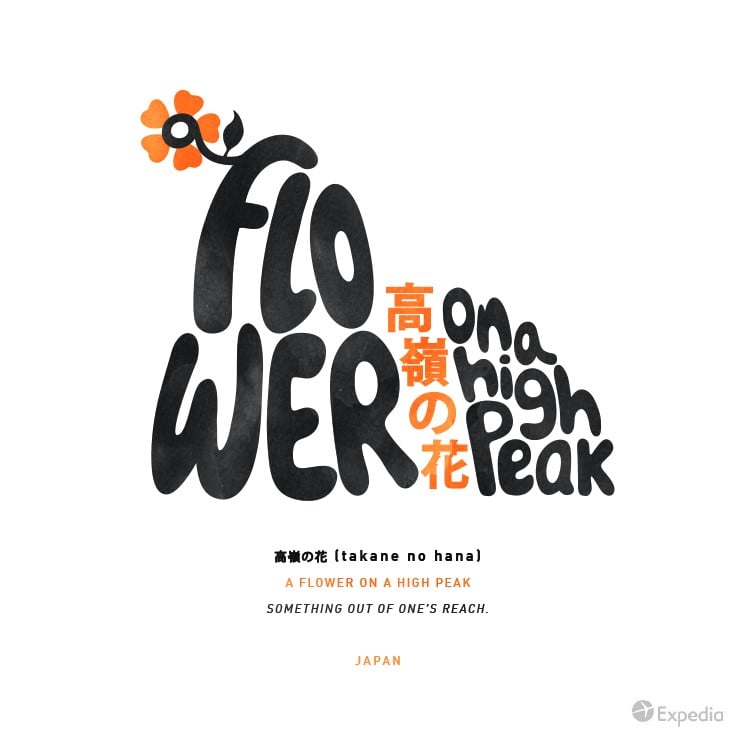 A flower on a high peak

The Japanese have lots of good sayings and this is another one, with the flower representing someone we want, which is out of reach. 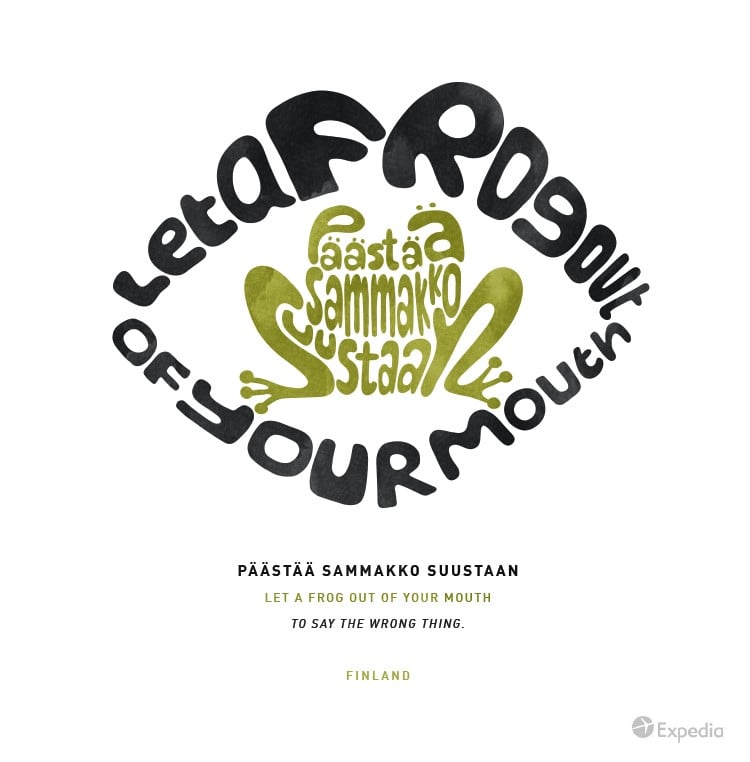 Let a frog out of your mouth

Some of us get frogs in our throats, but in Finland it seems that frogs live in mouths and shouldn’t be let out. This idiom means to say something that you shouldn’t have said. 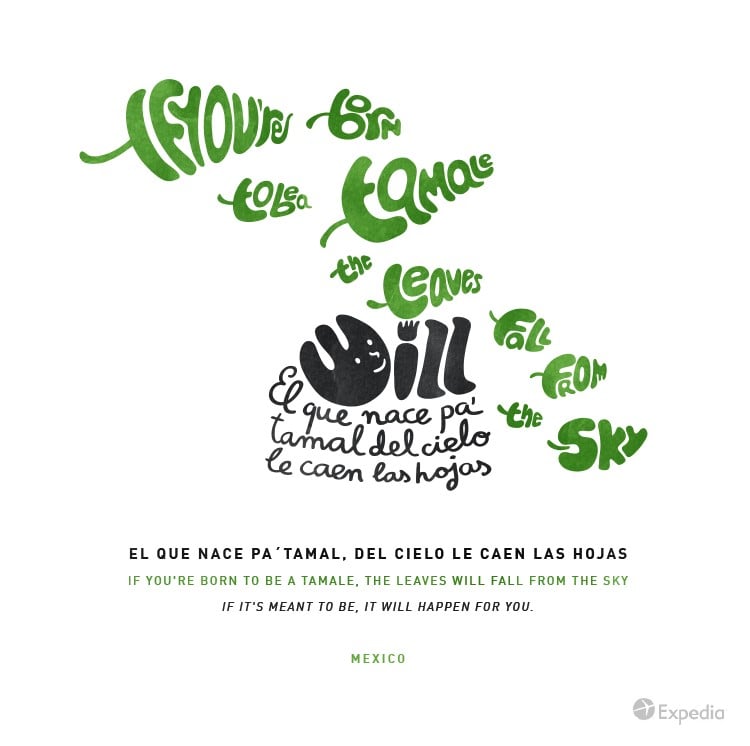 If you’re born to be a tamale, the leaves will fall from the sky

This Mexican idiom is quite a long way of saying ‘what will be, will be’. To be fair, it’s also a much nicer way of saying it, even if it’s a bit of a mouthful. 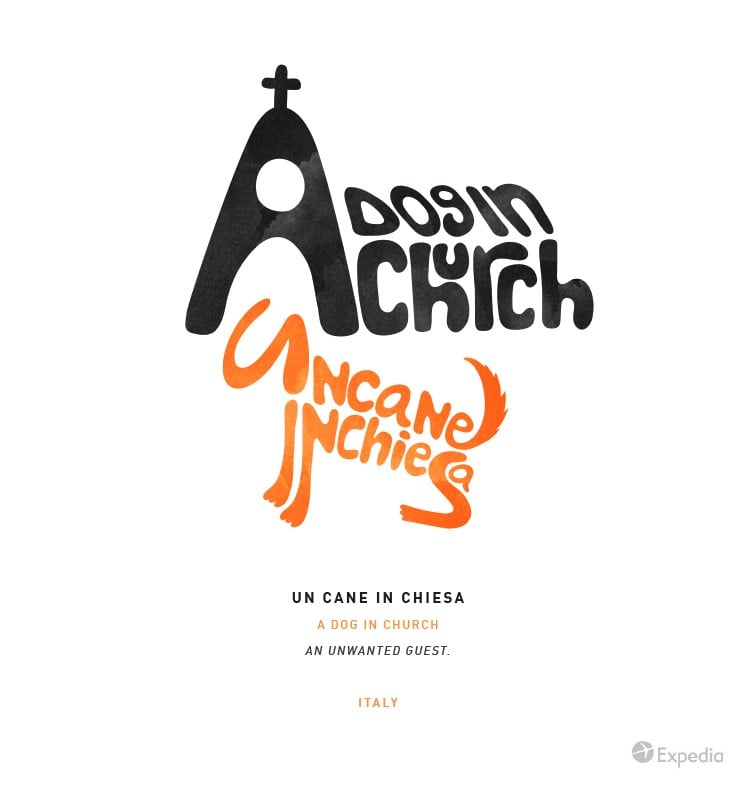 A dog in a church

A much simpler one, this Italian idiom means ‘an unwanted guest’. Because nobody wants to have a dog in a church, do they? 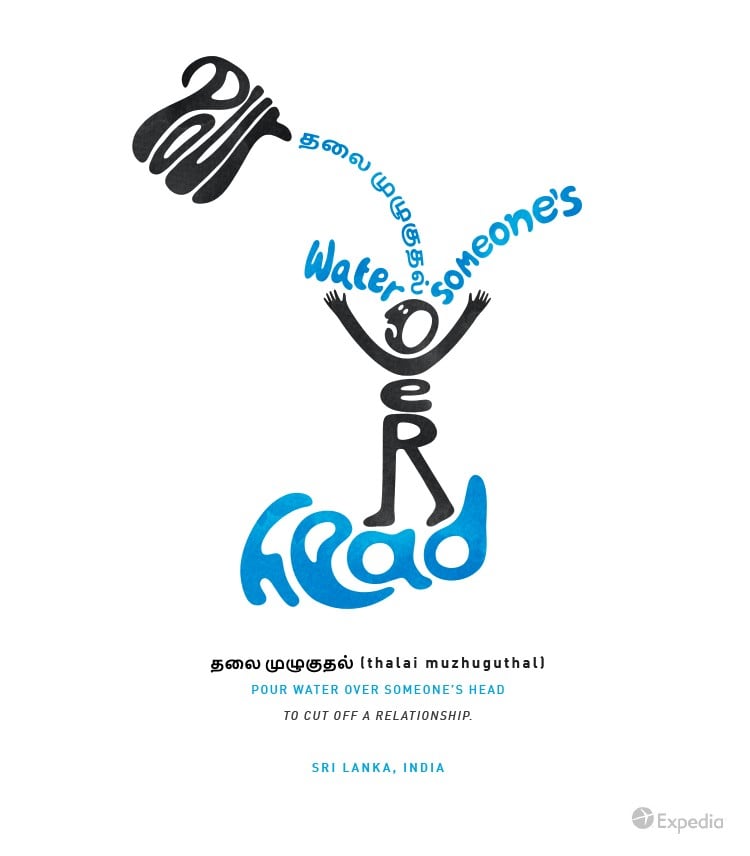 Another one where context is important, this Tamil idiom means to end a relationship. Of course, you could take it literally and actually dump someone by pouring water over them, but that does seem a bit much.

Fenwick Elliott. A. (2017). ‘Live like a maggot in bacon’: How idioms from foreign languages around the world translate into English (with

Niels. (2017). 18 Quirky Idioms from Diverse Languages Around the World. Fluentu.com

Chan. K. (2016). 21 of the funniest expressions from Quebec (and how they’re used). matadornetwork.com