ValueWalk
Home Business Guides How much is your loyalty – or laziness – costing you? 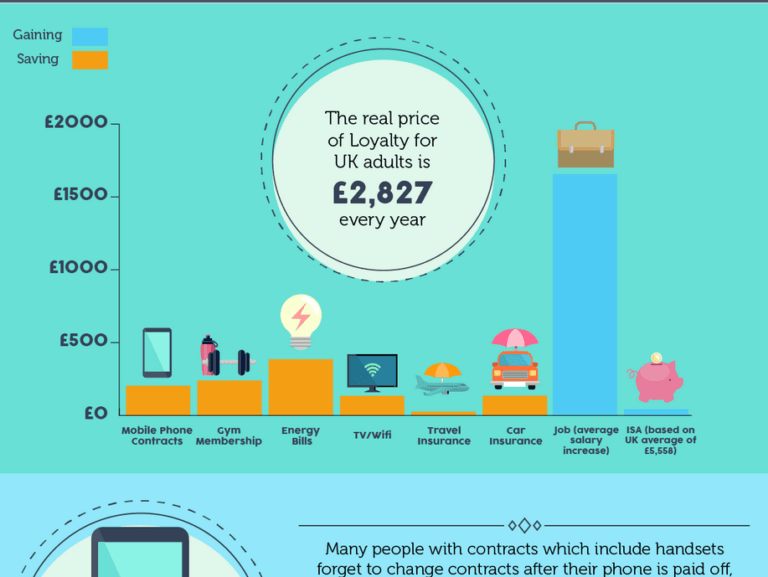 How much does your loyalty cost you? Probably more than you think

QuoteMyEnergy looked at costs such as energy bills, phone contracts, and gym memberships and also looked at incomings like salary to see where extra pounds can be gained by making a move.

Overall, the company have found that sticking with the same insurance company phone provider, or even job each year could be costing UK citizens nearly £3k.

UK business energy comparison service QuoteMyEnergy have compared the costs of several different typical outgoings to gauge how much Brits are missing out on by sticking where they are.

We’ve looked at costs such as energy bills, phone contracts, and gym memberships and also looked at incomings like salary to see where extra pounds can be gained by making a move.

Time is Money – The average UK person could be losing out on £2,827 each year by not taking the time to shop around and sticking with the same providers and employer as last year

Wasted Energy – Within the industry, the big 6 providers dominate, but a gap has broadened between them and cheap providers meaning that customers could be saving up to £386 per year by switching

Haggling for your Handset – Mobile phone providers encourage loyalty with upgrades and supposed offers, but research has shown that over £200 can be saved by keeping your options open.

You can see the potential savings for car insurance, TV/Wifi and even switching ISA’s here.