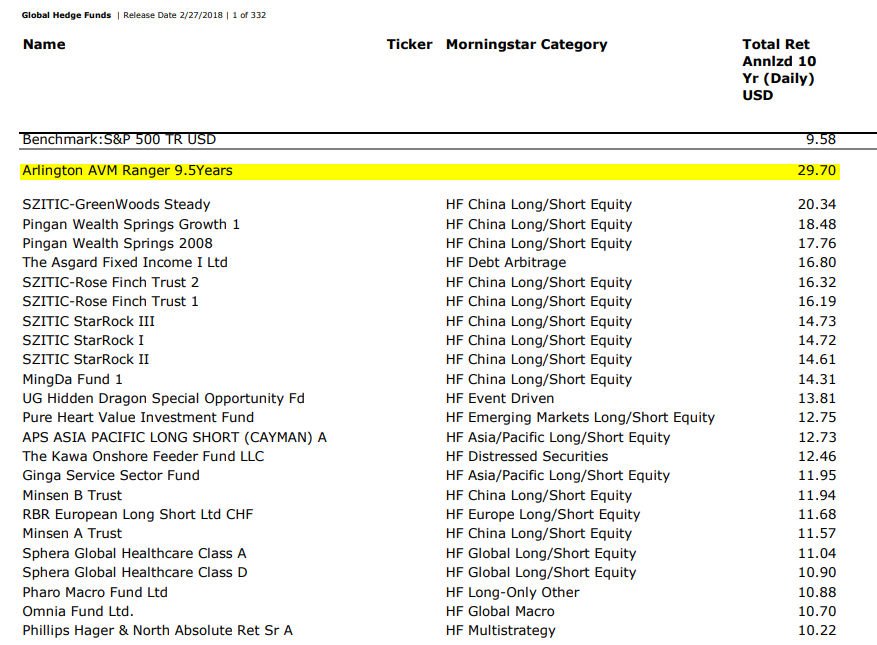 With nearly $1 billion under management, much of it historically allocated to Berkshire Hathaway, Allan Mecham could be one of the greatest traders of all time. The “one-man band managing the portfolio,” as Mecham described himself in a September 29, 2017, letter to investors, produced gross returns that matched the S&P 500 and took in nearly $40 million in fees on the year.  But it is not just the ability to be able to convince investors to hand him a 15% performance fee (or 2.4% fixed fee) as opposed to utilizing much less expensive index funds that make Mecham stand out. The hedge fund also continues to deliver performance more than the underlying stocks in which he invests, a topic we previously addressed in ValueWalk.  But what makes Mecham more interesting is his calculating average annual performance before fees are taken out, a move that could result in a $500 million assets under management miscalculation.

The fact that Arlington Value Capital’s performance over a ten-year period is nearly double that of the fund’s largest holding, Berkshire Hathaway, as well as double that of many other holdings, initially raised questions.

After ValueWalk wrote a September 28, 2017, article questioning Arlington’s rather stunning performance, wondering how a fund could persistently deliver returns in up and down markets while outperforming the assets in which the fund invested, Mecham penned a letter to their investors the next day.

“An article about Arlington was posted by Valuewalk last night,”