ValueWalk
Home Top Stories Are Maniacal Markets In The Middle of a Seismic Shift?

The maniacal markets of late – down 333 points on the Dow Jones Industrial Average in late morning trading — have seen wide swings, testing liquidity levels with downside deviation significantly more a factor in risk management formulas.[1] While many analysts are sanguine, pointing to sentiment readings that say a blow off market top is not yet in the cards, however. But is there a more nuanced and potentially seismic shift taking place as rates rise.

While forward-looking earnings and economic benefits from Trump tax cuts appear to be financial gasoline...

There are several sides to this odd market coin.

On the one hand, earnings estimates are surging on positive tax reform chatter. Bank of America Merrill Lynch’s Equity Quant strategist Savita Subramanian points to the positives. The S&P 500 three-month earnings revision ratio jumped this month to 1.86, a significant move from 1.24 in December and the highest level in over eight years.

He says market analysts have primarily incorporated tax reform into their earnings assumptions and, on this basis, the stock market forwards are enticing. “Bottom-up 2018 EPS has surged $8 since mid-Dec. to $154,” he said, pointing to month over month tax reform benefit analysis:

The three-month sales forecast revision ratio (SRR) ticked down to 1.55 from 1.57, but is still near a six-year high and well above average (1.0). The one-month SRR rose to 1.79 from 1.46, and marks the 11th straight month this ratio has been above 1.0. Given the ERR’s leap, earnings revisions now top sales revisions for the first time in a year.

Given these positives in earnings, it “suggests there is more room to run” for this "strong like bull" market he said in a January 31 “Revision Ratios” report.

With the economy on the verge of popping, according to some analysts – and President Trump pressing on the industrial gas – earnings revisions are tumbling positive ahead of sales revisions: this indicates structural changes benefiting corporations, not core economic fundamentals seen in increased sales.

The three-month sales forecast revision ratio (SRR) ticked down to 1.55 from 1.57, but is still near a six-year high and well above average (1.0). The one-month SRR rose to 1.79 from 1.46, and marks the 11th straight month this ratio has been above 1.0. Given the ERR’s leap, earnings revisions now top sales revisions for the first time in a year.

But amid this optimism, voices of caution exist, particularly as interest rates rise. 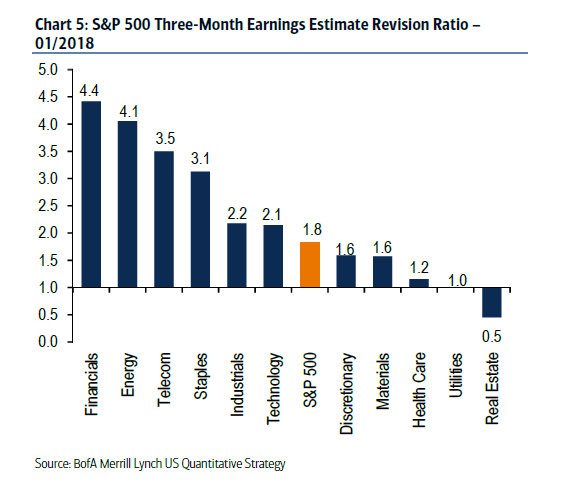 ...bond yields rising could mean the search for yield might turn back to bonds, which in some formulas changes stock valuations lower

Stock market bears point to rising bond yields as changing the overall value formula: As interest rates rise and start to be considered a plausible asset from which to obtain returns, there could be a shift from being primarily invested in stocks amid a search for yield. Bonds, which have in some cases been delivering negative real yields, could now become more a factor as rates rise.

While there are different models comparing asset valuations, many of the formulas that drive investment decisions take into account the risk-free rate of return found in government bonds as one point to calculate the relative value of stocks.

The new market dichotomy can be seen in a change in stock market performance drivers. With a strong jobs report coming out Friday morning – nearly 200,000 jobs were created while wages rose – this is a sign of economic strength. Usually, such a signal would send stocks higher – except when the specter of rising interest rates is at hand. 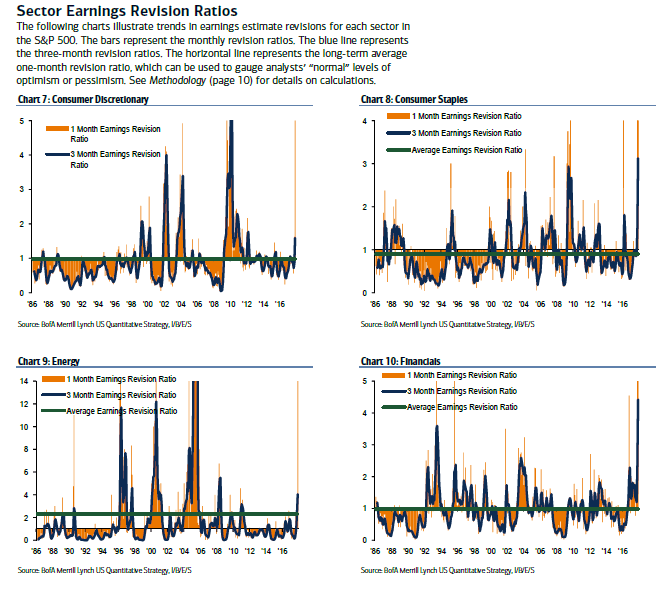