In November last year, Switzerland-based investment manager Robert Vinall, whose Business Owner TGV hedge fund has “trounced” the market since 2008, published a memo at a meeting of the Munich Value Investors Group titled “Five Things I Am Doing Differently Today vs. Five Years Ago.”

This memo was published in full in the December 2017 issue of Value Investor Insight and provides some interesting food for thought. For example, one of the thing's Vinall and the team are doing today is being "more open-minded about what constitutes a value investment." This is a fascinating topic and one that's often discussed among value investors. 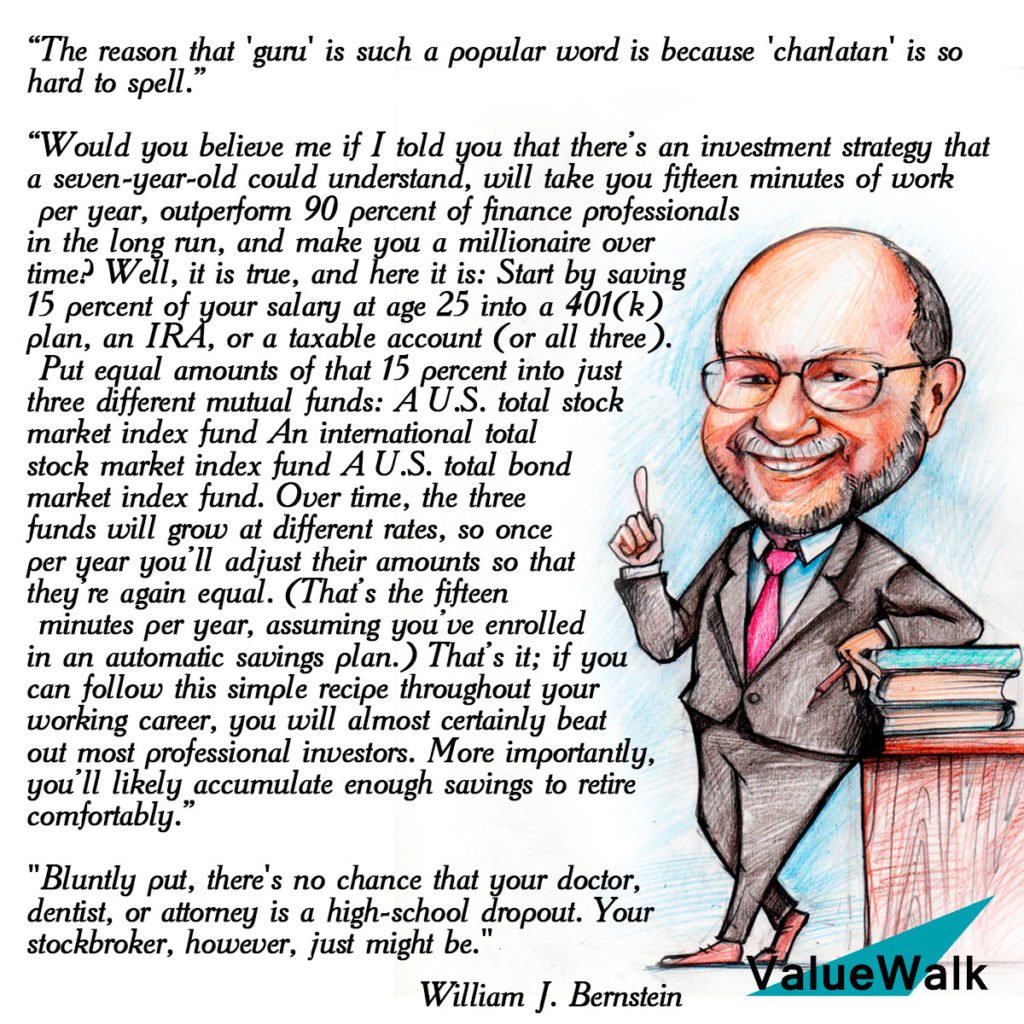 Vinall writes that over the past decade, his investment style has moved away from investing at a low multiple, to investing in cash flows. "For a long time," he writes, "I thought that only a company whose stock traded on a low multiple of next year's earnings was consistent with a value investing approach."

"This is absurd" he continues. "The path that different companies' cash generation takes can vary enormously." Even companies that have a negative cash flow can be considered to be good investments. In fact, Vinall believes that companies with negative cash flows "provide far more fertile ground for finding value investments" especially for value investors, who by their very nature are long-term orientated and disciplined. These sort of companies lend themselves to value investors' methods, and offer attractive returns for those who are prepared to wait.

As well as placing more emphasis on cash flows and less on cheapness, Vinall has also started investing in tech over the past five years, eschewing his traditional mentality of avoiding the sector. Despite its drawbacks, Vinall believes that tech stocks are now such an essential part of the world, they can't be avoided, something value investors need to realize:

This ties in with the third change "Pay more attention to the direction, not the width of the moat." There are many companies out there today with wide moats but many of these, especially in the consumer good sector, are seeing their moats shrinking. Tech stocks are presiding over widening moats -- just one of the reasons why Vinall is placing money with tech stocks.

The fourth and fifth changes relate to management. Notably: 1) Make finding the right managers the most important criterion and; 2) Use the growing capital base to promote the right behaviors in managers.

He ends off with the following remarks:

Before I started RV Capital, I worked with an activist investor. From this period, I gained an appreciation for the activist strategy. If a management is wasteful and dishonest, it is rational for the capital market to take a pessimistic view of the size and timing of the business' future cash flows. If the activist replaces the manage- ment with a better one, it is rational for

the capital market to raise its estimate of future cash flows, leaving the activist with a handsome and deserved return.

My only problem with activism was that my personality was not particularly well suited to it. The activist is permanent-ly in confrontation with managers who are either dishonest, incompetent, or, in a best-case scenario, both.

As should be abundantly clear, I much prefer partnering with managers I admire and (hopefully) getting rich alongside them as the value of their farsighted investments crystallises over time.

I strongly believe that positive feed-back from owners when managers are doing the right thing is just as important as negative feedback from activists when they drift off-piste. If a manager decides to sacrifice near-term earnings to capture a larger opportunity further down the road, it is vital that the long-term owners are more vociferous in their approval than holders with shorter time horizons are in their opprobrium.

The only investor I am aware of who publicly and frequently praises his manag-ers is Warren Buffett. Here, as in so many other instances, I see him as a role model. As the capital base of Business Owner grows and with it the stakes in our companies, this is an area where I hope to posi-tively impact our investments.

In a nutshell:
1. Keep an open mind on what constitutes value

2. Be alive to the business opportunities cre- ated by technological progress

3. Prefer widening moats to wide moats
4. Make finding the right managers the most important criterion
5. Use the growing capital base to promote the right behaviours in managers