ValueWalk
Home Stocks The Bitconnect Crash Is Good For Investors 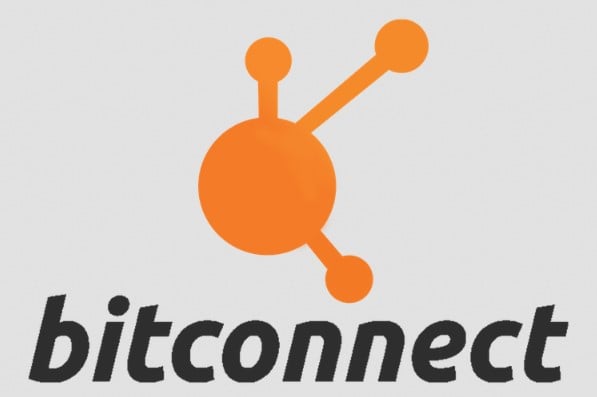 Forest fires, whilst potentially lethal and devastating to people and property in their path, are a crucial part of the natural cycle of forest ecosystems.

In the world of crypto assets, a fire is raging right now. The crypto market has shed around US$200 billion of market value in the past two days (that’s around 26 percent). Every crypto is down by double digits over the past 24 to 48 hours.

The spark was a long-overdue regulatory hammer blow starting to reverberate, from both Korea and China.

China is now intensifying its crackdown on crypto trading, specifically on exchange-like service providers. Chinese exchanges themselves have long been closed, since the previous regulatory onslaught in August/September of last year.

A Chinese central banker was also quoted as saying that businesses providing any kind of market-making (like OTC brokers) or crypto trade settlement services should also be shut down. Chinese central bank regulator Vice Governor Pan Gongsheng also said that mobile apps and websites offering trading services should be blocked, and that there should be an “orderly exit” for the crypto mining industry.

Korea, on the other hand, is focused on more regulation and oversight – an end to anonymous crypto exchange accounts for example, and proper taxation – rather than on shutting the market down.

I’ve been warning subscribers of Crypto Capital, our dedicated cryptocurrency service, about an impending correction for a while now.

“The moves we’ve seen in the alt market recently have been extraordinary. There’s a degree of frenzy, and of blind speculative mania, that has taken hold. I’ve seen projects that I know with certainty have no long-term future whatsoever see their market values double, triple, or more, moving into the billion-dollar plus category.

These are projects that I’m certain will fail.

… The big shakeout is going to come. Don’t be even vaguely mistaken about that.”

No doubt there are plenty of folks panicking out there. Maybe you own a little bitcoin yourself, and are feeling nervous… and you’ve lost some money.

Of course that’s not good. But through the smoke and flames, it’s worthwhile remembering that these fires do serve a greater purpose.

Why forest fires – this crypto correction – is… good

Firstly, they force people to start truly assessing what it is they own… or they think they own. In a raging bull market when everything’s going up, it’s easy to throw some darts at the crypto wall with no research at all, bag some returns, and think you’re a genius. As the cliché goes, a rising tide lifts all boats.

But let’s say a cryptocurrency you own is down 30…. 50…. 70 percent, and it happens in an instant. Chances are, that if you haven’t got that foundation of conviction born of research and understanding to fall back on, then you’ll capitulate. You’ll sell, bag a loss, go home and lick your wounds.

Corrections force discipline on an otherwise broadly unsophisticated market. And that’s only a good thing in the long run.

The second benefit is that these fires clear out the deadwood… that is the garbage of the crypto world. And there’s no greater decaying oak than a crypto called BitConnect.

Back in November, one of my Crypto Capital subscribers wrote to me asking about it. He noticed it had been doing extremely well and upon further digging came across an article online claiming that BitConnect was some kind of “sustainable 2.0 ponzi scheme”.

(Note: “Sustainable 2.0 ponzi scheme” is one of the best expressions I’ve heard in years. I wish I had thought of it.)

I wrote at the time:

“Another crypto I’ve highlighted, a pretty large market cap coin, it goes by the name Bitconnect, is genuinely a Ponzi-like scam coin.

…I think Bitconnect’s days are probably going to be numbered.

If I look back on coin market cap here, you can see, this is a US$2.5 billion Ponzi-like scheme. I don’t know how much longer it’s going to be around.

I have warned people about it. People go, “Well, the price keeps going up.” Well, that’s kind of what happens in a Ponzi scheme until it doesn’t and the rug comes out from under your feet.

It’s interesting to see the regulators coming down and actually sending cease and desist to a specific crypto. We warned about this crypto in the past, so I hope you don’t own any.”

Well, over the past 24 hours, the inevitable has finally happened – BitConnect is burning, collapsing by over 90 percent.

The sad part of this is that there are probably thousands, if not tens of thousands, of individuals who’ve been wiped out. There was certainly no smart money in BitConnect tokens. This was the preserve of the unsophisticated – who I suspect could least afford its demise.

US$2 billion of “wealth” has vanished in a near-instant.

Its very existence, however, was a black mark on the whole crypto sector in general.

The company behind it received multiple Cease and Desist orders. No one knows who is actually behind the platform. Its github repository, where all open source blockchain code resides, is noticeable only for its inactivity. And if you’re looking for a white paper to learn at least something about the inner workings of this coin, good luck finding one.

Oh, and according to its website, BitConnect is “an interest bearing asset with 120% return”.

When all’s said and done, these corrections will help this still-nascent asset class.

There’s still a lot of deadwood to clear out. It’s a painful process. But the market will be the better for it.