The President of the United States wants tariffs on goods imported from China.

He made this demand during a recent senior staff meeting in the Oval Office.

When Donald Trump gets to scratch his China tariff itch, China will hit back. A trade war would likely be the result. Trade wars are usually bad for almost everybody.

But a trade war between China and the U.S. would be great news for the price of one specific type of asset that you’ve probably never heard of… one that we’re calling “hot commodities”.

These “hot commodities” are the essence of modern civilisation. They’re a small but absolutely essential ingredient for everything from iPhones to hybrid cars to sophisticated military equipment.

And China has nearly cornered the market on them. China produces more than 90% of the world’s “hot commodities”.

And China – if, say, pushed by Donald Trump – could, overnight, stop selling these “hot commodities” to the U.S.

That’s not just a wild prognostication. You see, it wouldn’t be the first time that China has retaliated against another country by cutting “hot commodity” exports.

The graph below shows what happened to the prices of two of these “hot commodities” when China – annoyed by a neighbor in a minor diplomatic spat – stopped exporting them to a nettlesome neighbor. 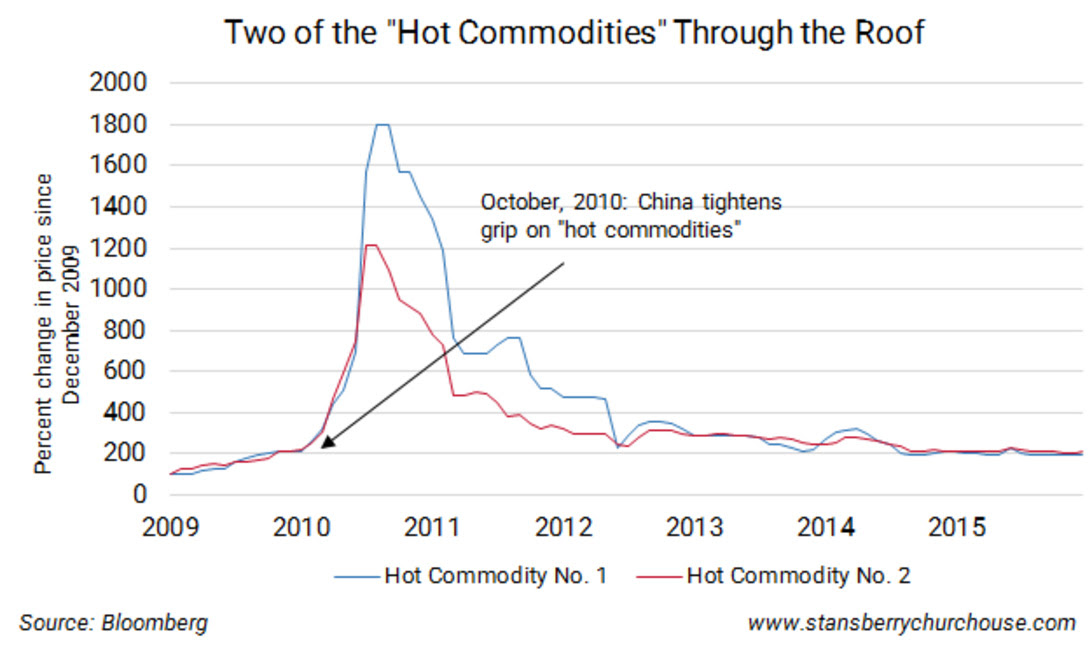 As Trump kicks off his trade “negotiations” with China, and China responds, “hot commodities” could easily move up 300% in six months – like they did last time. And when this continues, it wouldn’t be surprising at all when the prices of these “hot commodities” grow over 1,000% over the next year and a half .

And best of all… we’ve found an easy and convenient way to buy these “hot commodities”.

Go here to find out more.