Is blockchain a major technology, or it’s just a buzzword?

Will this finally be the year that virtual reality stops giving people motion sickness?

Well, technology has proven to be extraordinarily slippery over the past century. Despite the vast information that industry insiders have had at their fingertips, they’ve made some pretty terrible forecasts over the years.

The predictions that history remembers most are those that demonstrate spectacular misjudgment, misunderstanding, overly optimistic hyperbole, self-delusion, or good old-fashion wishful thinking.

Below, I’ve listed the very worst predictions, which show how even the titans of industry don’t always know what they’re talking about. Whether they were predictions about technological progress, adoption rates, or market potential, we can all agree that these predictions were dead wrong.

1876: “This ‘telephone’ has too many shortcomings to be seriously considered as a means of communication.” — William Orton, President of Western Union.

1876: “The Americans have need of the telephone, but we do not. We have plenty of messenger boys.” — Sir William Preece, chief engineer, British Post Office.

1889: “Fooling around with alternating current (AC) is just a waste of time. Nobody will use it, ever.” — Thomas Edison.

1903: “The horse is here to stay but the automobile is only a novelty — a fad.” — President of the Michigan Savings Bank advising Henry Ford’s lawyer, Horace Rackham, not to invest in the Ford Motor Company.

1921: “The wireless music box has no imaginable commercial value. Who would pay for a message sent to no one in particular?” — Associates of David Sarnoff responding to the latter’s call for investment in the radio.

1926: “While theoretically and technically television may be feasible, commercially and financially it is an impossibility.” — Lee DeForest, “Father of Radio” and a pioneer in the development of sound-on-film recording used for motion pictures. He had over 180 patents.

1932: “There is not the slightest indication that nuclear energy will ever be obtainable. It would mean that the atom would have to be shattered at will.” — Albert Einstein.

1946: “Television won’t be able to hold on to any market it captures after the first six months. People will soon get tired of staring at a plywood box every night.” — Darryl Zanuck, film producer, co-founder of 20th Century Fox.

1957: “I have traveled the length and breadth of this country and talked with the best people, and I can assure you that data processing is a fad that won’t last out the year.” — Editor of Prentice Hall business books.

1959: “The world potential market for copying machines is 5,000 at most.” IBM told the eventual founders of Xerox.

1977: “There is no reason for any individual to have a computer in his home.” — Ken Olsen, founder of Digital Equipment Corp.

1981: “No one will need more than 637KB of memory for a personal computer. 640KB ought to be enough for anybody.” — Bill Gates, co-founder and chairman of Microsoft.

1989: “We will never make a 32-bit operating system.” — Bill Gates, co-founder and chairman of Microsoft.

1992: “The idea of a personal communicator in every pocket is a “pipe dream driven by greed.” — Andy Grove, then CEO of Intel.

1995: “I predict the Internet will soon go spectacularly supernova and in 1996 catastrophically collapse.” — Robert Metcalfe, founder of 3Com, inventor of Ethernet.

2007: “There’s no chance that the iPhone is going to get any significant market share.” — Steve Ballmer, Microsoft CEO.

1899: "Everything that can be invented has been invented." – attributed to Charles H. Duell, Commissioner, U.S. Office of Patents

As Paul Krugman pointed out in his 1998 piece blissfully titled "Why most economists’ predictions are wrong,"

The growth of the Internet will slow drastically, as the flaw in “Metcalfe’s law”? — ?which states that the number of potential connections in a network is proportional to the square of the number of participants? — ?becomes apparent: most people have nothing to say to each other! By 2005 or so, it will become clear that the Internet’s impact on the economy has been no greater than the fax machine’s.

It’s my favorite prediction because as result he contradicts himself.

Predictions are a risky business. Even more so if they’re about the immediate future. Once shown to be wrong, the words return to their origin like a boomerang, and the quotes go on to forever haunt the speaker. 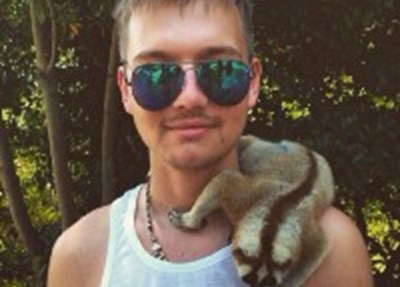