Having one of the most powerful nations on the planet as your friend used to be a good thing – for geopolitics, and also for markets.

For decades, the U.S. used its power to protect some of its smaller friends and allies. This protection helped a number of small countries – that otherwise might be exposed to the whims of larger neighbours – to flourish. And the geopolitical stability of these small markets was one less thing that portfolio investors had to worry about.

But things are quickly changing, as the U.S. under President Donald Trump is shying away from its “world policeman” role. From climate change to NATO to world trade, the U.S. is looking to reduce its role in global affairs. (I think that China will be one beneficiary.)

And small American friends – and their investors – may be the losers.

Showdown in the Persian Gulf

Qatar is a small country in the Persian Gulf, with a population of 2.6 million and a land mass about the size of Connecticut (or around four times the size of Hong Kong). And thanks to its huge reserves of oil and natural gas, Qatar is one of the richest countries in the world.

It has also long been a friend of the U.S. A military base in Qatar has been home to U.S. forces since 2001 and, with 10,000 troops now there, it has been the base for recent U.S. operations against ISIS. Qatar’s friendship with the U.S. has for years served as an implicit guarantee of protection in what’s a particularly unstable neighbourhood. 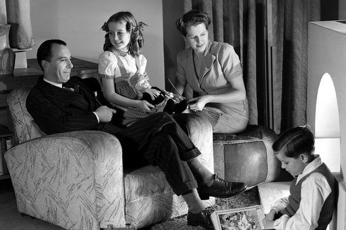 Once-In-A-Generation Bull Market ‘Almost Inevitable’ At This Point…
This is your opportunity to make a fortune from one of the largest explosions of wealth ever…
To understand the best way to play it, we have to go back to 1950s America…
Read the full story here.

But then in late May, Trump used his first trip to the Middle East to call for more support in the war against terror. Two weeks later, Saudi Arabia, the United Arab Emirates and Bahrain – taking a cue from Trump – cut diplomatic ties and blockaded Qatar, after accusing it of funding terrorism. And despite the longstanding relationship between the U.S. and Qatar, President Trump supported the blockade, tweeting:

“During my recent trip to the Middle East I stated that there can no longer be funding of Radical Ideology. Leaders pointed to Qatar — look!”

“So good to see the Saudi Arabia visit with the King and 50 countries already paying off. They said they would take a hard line on funding… extremism, and all reference was pointing to Qatar. Perhaps this will be the beginning of the end to the horror of terrorism!”

Financial markets don’t like surprises. And geopolitical disorder in what is already the most combustible region on earth is a recipe for disaster.

So it’s no surprise that Qatar’s stock market fell 11 percent from late May through the second week of June, following Trump’s visit and after Saudi Arabia and other countries in the area announced the blockade. Since then the market is up a bit more than two percent.

But trouble still looms on the horizon. Foreign investors are nervous and Fitch, the credit ratings agency, has put Qatar on a negative “credit watch”. S&P went one step further and cut Qatar’s long-term rating (although it’s still very comfortably lodged at the upper end of investment grade territory).

Without American support – or at least without the support of the American president – Qatar suddenly looks a lot more geopolitically vulnerable. Its economy will suffer from the blockade. Preparations for the hosting of the 2022 World Cup will be more difficult.

Could these countries be next?

Qatar isn’t the only country now wondering about its friendship with the “big brother” U.S.

The U.S. has helped protect South Korea from its northern neighbour for years.

But South Korea lost some favour with Trump after it postponed the final deployment of a key U.S. missile defense system. And South Korea’s new president also plans to open a dialogue with North Korea – while Trump is threatening the North with military action and enhanced sanctions. This could put pressure on South Korea’s relationship with the U.S.

Meanwhile, Trump has also talked about renegotiating or terminating the U.S. trade deal with South Korea – calling it “unfair”. This could significantly affect the country’s future economic growth.

Still, for the time being, Korea’s Kospi Index is up more than 20 percent in U.S. dollar terms so far in 2017.

As a former colony of the U.S., the Philippines has always had a strong relationship with the U.S. The U.S. helped the Philippines in its ongoing dispute with China over control of islands in the South China Sea. The two countries are also trade partners.

But in recent years, the Philippine president has been pushing away from the U.S. and toward China. Relations between the two countries have been better since Trump promised the U.S. would not interfere in the Philippine anti-drug campaign that has violated civil rights and left between 5,000 and 6,000 dead.

However, there’s no telling how the relationship between the U.S. and the Philippines will be in the future. Still, so far, the uncertainty hasn’t hurt the country’s stock market. It’s up around 14 percent so far in 2017.

Kuwait is another small country located in the Persian Gulf that has long relied on U.S. protection. Like Qatar, there are thousands of U.S. troops in the country fighting against the Islamic State. The country also has a trade agreement with the U.S.

Kuwait knows how important the U.S. is to its future, so it is doing everything possible to strengthen the relationship.

The country made headlines in February when its ambassador to the U.S. changed his annual event to celebrate Kuwait’s national day from a Four Seasons hotel to a hotel owned by Trump.

Many claimed the country was trying to gain favour with the new U.S. president.

So for now, Kuwait remains firmly on the “friend” side. And the country’s stock market is up more than 17 percent since the beginning of the year. But you never know if things will change.

What does this mean for investors?

As we’ve shown you before, political uncertainty doesn’t always lead to falling stock markets (sometimes it can even help them).

But with Qatar – at least in the short term – small countries have a lot to lose if a big brother friend pulls away. South Korea, the Philippines and Kuwait each depend on American support in different ways. And their relationships with the U.S. could have an outsized impact on investors.