In total, the Tesla Gigafactory has been issued 153 building permits from the Storey County Community Development Department. The permits are associated with an estimated $1.03 billion in construction costs. To receive these permits Tesla has paid $5.58 million in fees to Storey County.

Has including ESG become a necessity for investors?

ESG (environmental, social, governance) has become a hot topic in recent years, especially lately with the debate over whether pension funds should be able to factor in ESG when choosing investments. At Morningstar's recent conference, the firm argued that ESG has become a requirement for long-term investors. Q2 2020 hedge fund letters, conferences and more Read More

Take a look at the permits below to see all the changes Tesla has made to the Gigafactory, including one estimated to cost almost half the total construction value of the project so far. 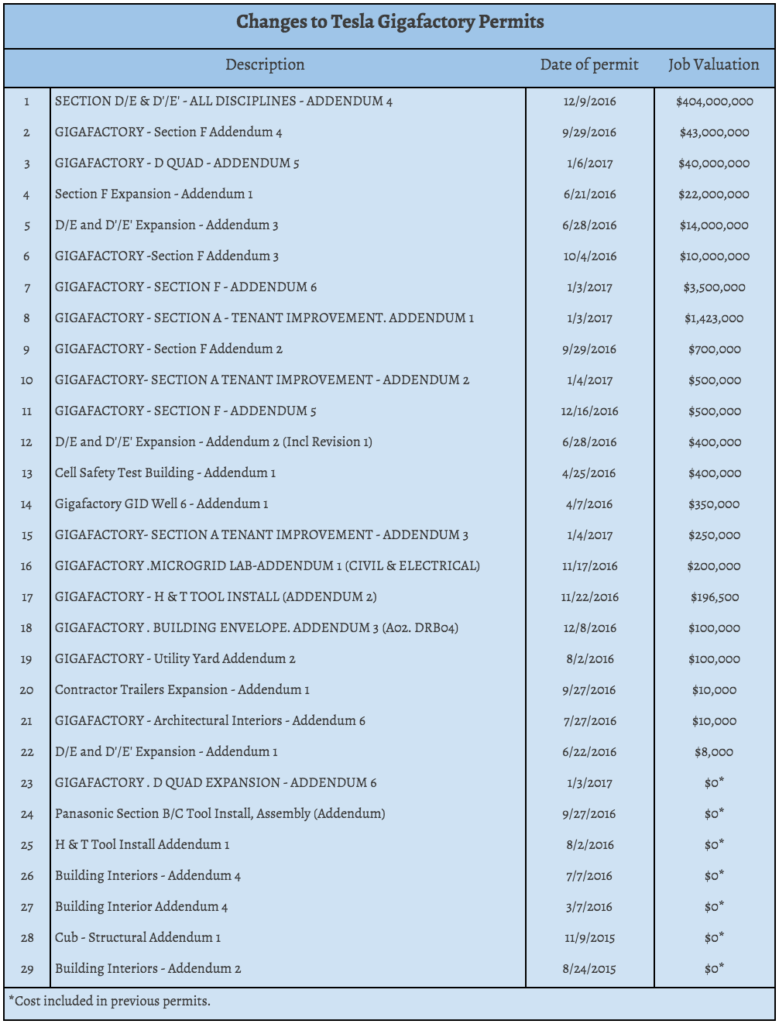 Many of the other permits have been related to the installation and anchoring of the equipment needed for the factory.  Other interesting permits include a nitrogen yard, a thermal energy storage tank, and the Panasonic equipment installed in Section B and C.  In addition, the installation and expansion of the contractor accommodation indicated the number of construction workers on site has increased.

Stay up to date with the remainder of the project including all solar and wind installations coming soon by following the property, or check out all current permits here.

By Jack Cookson of BuildZoom