In June, while the MSCI World Index posted an average gain of 1.8%, equity hedge funds continued to lag, returning a 1% gain on average, notes UBS. In its “Hedge Fund Monthly Update” for June 2014, the firm points out that several European equity managers also struggled in June as regional equity markets lagged on some weaker economic data.

The UBS report points out that equity hedge funds continued to lag global equity markets in June by posting 1% on average as against the 1.8% rate clocked by the MSCI World Index. This can be deduced from the following table:

While analyzing the YTD performance, the UBS report notes that equity long short has returned 1.9%, as against the 6.2% clocked by the MSCI World Index. Taking a closer look at the regional performance, the UBS report demonstrates that several European equity managers struggled in June as regional equity markets lagged on some weaker economic data. However, the report points out that Asian and Emerging Markets equity managers had stronger performances as their related markets were buoyed by enhanced investor sentiment.

What is interesting is that equity funds have lagged even as correlations have decreased (see chat below). 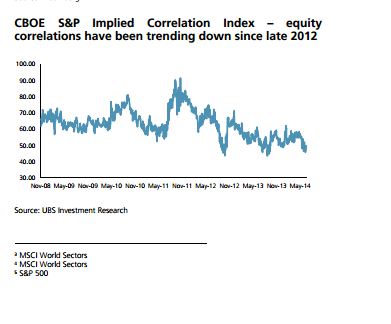 Taking a closer look at the sectors, the UBS analysts note that year-to-date, there is a 14% difference in the performance of Utilities (with a 14% increase) and Consumer Discretionary (0%). This can be deduced from the following graph:

All strategies gained in June

Deutsche Bank, in its “Monthly Hedge Fund Trends” report for July 2014, points out that the median fund gained in all strategies in June, led globally by emerging markets equity:

Taking a closer look at the year-to-date performance, the DB report notes that year-to-date gains continue to be led by distressed strategies with a 6.7% gain, followed by credit (5.27% gain) and event (4.48% gain) strategies. This is captured in the following graph:

Asia too witnessed strong performance from equity l/s strategies. For instance, Japan l/s and China l/s led returns with 2.32% and 2.13%, respectively, for June 2014: 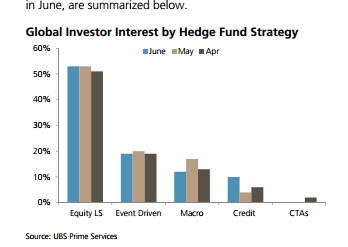 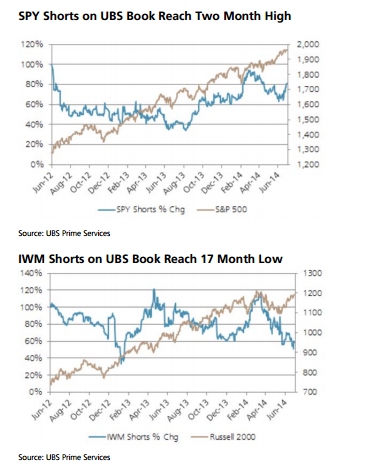 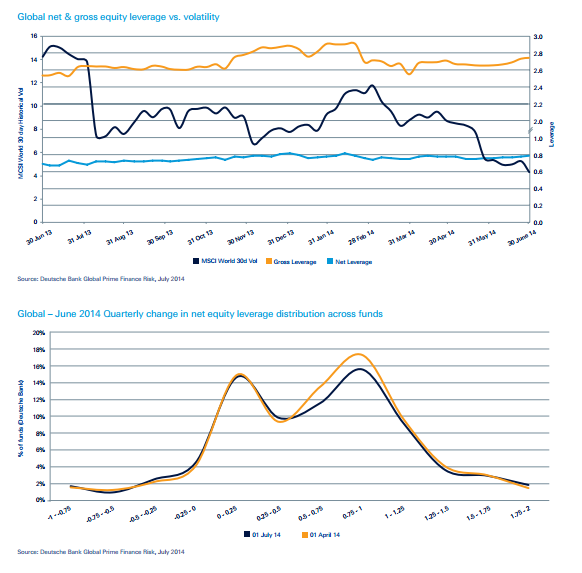