Hottest links for Thursday, 12th December, the late edition (see Wednesday’s edition of hottest links). Get our free daily newsletter (which HAS BEEN RECENTLY UPDATED) and never miss a single linkfest. Also, now if you sign up you will get our new e-book on value investing.

Top stories for today are included below.  We’ve got a couple fascinating stories today, including one about the Bernie Madoff of the 1800’s.  Also, bitcoins fluctuating all over the place, how John Burbank does what he goes, and some mind-boggling stats on CEO pay.

How to Create Your Circle of Competence (Video Post)

The entire idea about the Circle of Competence concept is to help you find your spots, which is so very important to your success as an investor. And that’s exactly what the above video will help you learn. [Safal Niveshak]

The stock went public on the New York Stock Exchange in January 1890, the greatest place for venture capital in the United States. The stock traded steadily during the 1890s, neither shooting up in a bubble nor collapsing. [Bryan Taylor, The Big Picture]

Year-End Dumpster Diving–Finally Some Value to be Found?

I am searching on a couple of fronts. First, I want quality companies with margins or assets that are down more than 10% over the past year. Wood products and timber name Rayonier Inc. (NYSE:RYN) looks interesting. [Jonathan Heller, The Street] 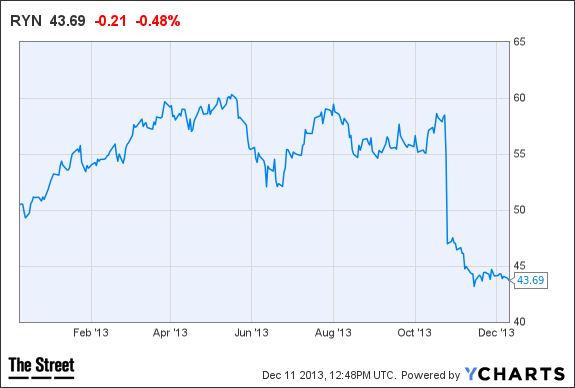 Lessons from Golf: Is it Time to Sell a Fund Manager?

As the weather turned in the northeast ending the golf season, Morgan Stanley’s U.S. equity strategist Adam Parker employed a golf analogy with me in discussing the challenges in assessing emerging managers. [Ted Seides, CFA Institute]

Is ‘Low Volatility’ A Crowded Trade?

Msci Inc (NYSE:MSCI) studied the issue for Norway’s Ministry of Finance, publishing results earlier this year. The firm suggests the point where low-volatility investing is crowded is a long way off, even for a hypothetical manager (cough, cough, sovereign wealth funds) running a $100 billion portfolio. [Brendan Conway, Barron’s]

Why Lampert May Have the Last Laugh

Meanwhile, for all the bad publicity surrounding Lampert’s largest position, Sears Holdings Corp (NASDAQ:SHLD), ESL is faring fairly well this year — at least based on the disclosed long positions. We have no way of knowing whether ESL is short any stocks or invested in markets other than stocks. [Stephen Taub, Institutional Investors Alpha]

Fidelity Investments is no longer allowing clients to invest in the virtual currency bitcoin through SecondMarket’s Bitcoin Investment Trust, a representative for Fidelity told MarketWatch on Thursday. [Saumya Vaishampayan, The Tell]

Hedge Fund Manager John Burbank III has made a career of anticipating how headline events and political edicts might affect the markets, and that’s why he was on something of a tirade the afternoon of September 19. [Jan Alexander, Instituional Investor]

My favorite of the bunch – for it’s absolute lunacy – was from Bloomberg’s Mina Kimes, CEO Pay vs Real Minimum Wage in the restaurant industry – just in case you thought Pat Bagley’s cartoon above was an exaggeration… [Joshua M. Brown, The Reformed Broker] The Problem Is Bigger Than Too Big to Fail

Last week, Mr. Lew gave a sweeping overview of the efforts to overhaul financial regulation. It was a talk of a man who has been practicing his straight face in the mirror. [Jesse Eisinger, The Trade]

Bloomberg News has an unusual practice of paying some of its reporters explicitly for publishing “market-moving” stories. This is one of many metrics that is factored into reporters’ annual bonuses. [Julia La Roche, Business Insider]

In countries where one has to opt in to become an organ donor, there is a shortage of donors. In Germany, for example, the organ donation consent rate is a mere 12% [Paul Craven, aiCIO]

This may sound like an unfair dig, but it isn’t. The DNB has launched an investigative consultation exercise to delve into a raft of aspects around liquidity, and has called on the army of pension fund professionals in the country for help. [Elizabeth Pfeuti, aiCIO]