The Omaha World-Herald posted an interesting article about Li Lu yesterday. The article mentions that when Li Lu first came to Columbia to hear warren Buffett speak, Lu was not even enrolled at the University. He came to America with no money, and no connections. But for the next hour and forty five minutes changed Lu’s life. Lu stated that hearing Buffett speak “really changed me fundamentally.”

15 years later he gave a lecture that lasted nearly two hours at Columbia University. Bruce Greenwald introduced Li Lu’s “mastery of the rigors of value investing: learning about companies and industries; calculating their value; and making good decisions.” Greenwald further stated that “Nobody, I think, over the last eight to nine years has done that significantly more successfully than our speaker tonight,”

It was Lu, some say, who introduced Munger to BYD Inc., the Chinese battery and auto manufacturer. Munger, in turn, persuaded Buffett to invest Berkshire money in BYD, and Munger has mentioned Lu favorably in recent months.

There is now even speculation that Li Lu will be Warren Buffett’s successor, as Chief Investment Officer of Berkshire Hathaway.

The rest of the article is linked here:
Li Lu Article Omaha World-Herald

I posted the video last week, but I will repost for anyone who has not seen it yet.

The video is a bit difficult to figure out how to view.

Click on the red play button at the center of the display. A link will pop up. Just ignore the link and click on the green button which will now appear. The video will then play within your browser. Li Lu starts speaking about three minutes into the video 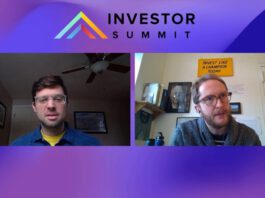 Needle in the Haystack: What’s Your Filtering Process? (Christian Ryther)