1) Tesla reported "blowout" "estimate-crushing” delivery numbers for Q1, leading to a 4.4% increase in the stock today. One friend isn’t impressed however:

For Tesla, a 4.4% move on the day is nothing to hang in The Christmas Tree. Ford was also up 4.4% today, coincidentally. It’s far more unusual for Ford to move 4.4% on the day than for Tesla to do the same

Alphabet, which owns Waymo, was up 4.1% today -- despite, or perhaps because of -- its autonomous driving business unit CEO John Krafcik resigning over Easter weekend.

All other things equal, Tesla’s 10,000 or so unit beat for the quarter was a positive. Then again, consider that Tesla is trading at the kind of multiple where every whiff of numbers that emerges ought logically to be a “beat and raise” in order for this 0.7% industry player to maintain -- let alone grew -- its 50%-of-the-entire-industry market cap.

Furthermore, the mix shift was away from the -- presumably -- far more profitable X&S models than the Y&3 models. The 10,000 or so unit beat may end up being an actual negative in terms of the net margin, and have almost no impact on the top line. Units are not everything. If McDonalds sold a few more burgers in a quarter, but it contained a mix shift from The Big Mac to the plain small basic burger, that would be a negative for McDonalds’ earnings.

Finally, my theory is that the Bitcoin nonsense could overshadow the whole thing when it comes time to report Tesla’s financial results in a few weeks. Let’s assume that Tesla sold a material portion of the Bitcoin it purchased in early January, at a huge profit (buy at $35,000, sell at $55,000).  I’m assuming a gain of 50% or slightly more.

In terms of novelty value, what will hold more journalistic value -- studying Tesla’s balance sheet and automotive margin shifts, or talking about how Tesla made $800 million or even $1 billion on a quick 75 day trade in Bitcoin? Tesla may have barely broken even without Bitcoin (depending on whether one includes $400 million or so of its usual quarterly dollop of government subsidies), but showing a nice round $1 billion of profit thanks to speculating in a product that effectively consists of selling fresh air in a bottle -- well, that’s a far more interesting journalistic story, isn’t it?

If there's one thing you have to hand to Tesla short sellers, it is that they are incessant and relentless, even in the midst of getting their respective faces kicked in by Tesla equity over the last 24 months.

But as time passes, more and more critical questions and examples of potential red flags about Tesla continue to pop up, not the least of which is what can only be described as a glaring inaccuracy at best, fraud at worst, made by Elon Musk regarding the company's Model S&X production earlier this year.

Short seller Mark Spiegel took to Twitter this weekend to point out what he called "the latest evidence Elon Musk is a securities fraud committing liar".

3) Spiegel’s March letter, with his usual bearish update on TSLA.

4) An interesting chart (from the 2020 annual letter of Giverney Capital): 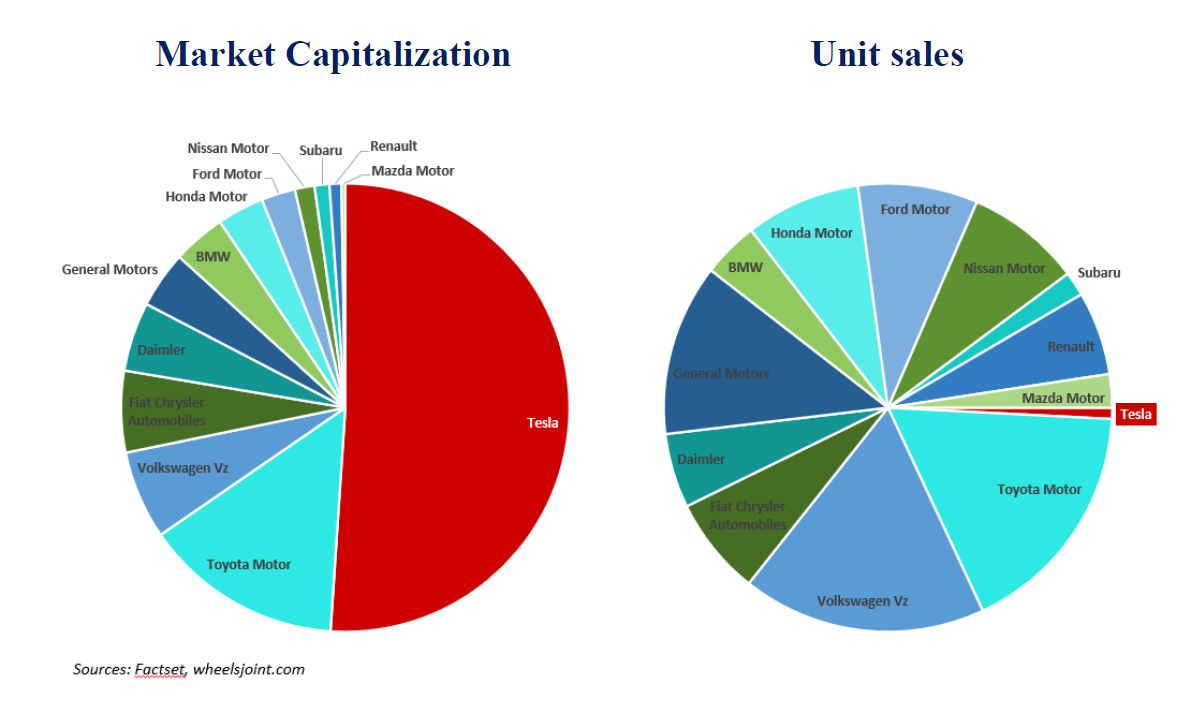