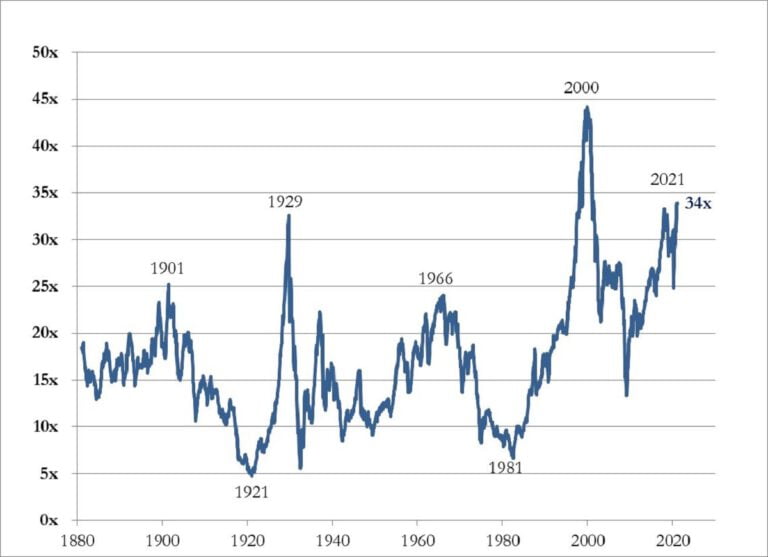 Starvine Capital Corporation commentary for the second half ended December 2020, discussing the thoughts of Mr. Market and revisiting the Shiller PE Ratio.

At this same point twelve months ago, the markets were riding higher and we were about to be slammed with the pandemic, which we are still dealing with today. For the 2020 calendar year, fully-invested accounts in the Starvine Flagship Strategy increased 4.7% to 4.8%, while Mid-Large Cap increased 6.3% to 6.5%, net of fees and expenses.  This compares to an increase in the S&P TSX Total Return Index of 5.6% and an increase in the S&P 500 Total Return Index of 16.3% in Canadian dollars (18.4% in USD)[1]. The weakening of the U.S. dollar detracted from performance by an estimated 1.4% and 1% for the Flagship and Mid-Large Cap strategies respectively. The strongest contributors to the strategies in 2020 were significantly offset by the healthcare related holdings, which were the largest positions at the beginning of the year. The S&P 500 Index had another strong year that was again meaningfully skewed by a handful of mega-cap technology stocks.

The holdings in both strategies have remained largely intact since this time last year; three moderate-sized holdings have been added and two were removed. The volatility following the March 2020 lockdown created a few opportunities to rotate capital between holdings whose values held up relatively well to the holdings that were severely beaten down.

What is Mr. Market Thinking These Days?

There have been worrisome, observable signs of excess in the equity markets of as late. I had pointed out previously that the S&P 500 Index was unduly concentrated in a handful of mega-cap technology companies. The pandemic has spurred many first-time retail traders stuck at home to engage in speculation with stocks and cryptocurrencies. Prior to the recent drama of a Reddit community by the name of Wall Street Bets – which coordinated short squeezes in certain heavily shorted stocks – frothy pockets had already formed in the markets in late 2020. We witnessed the resurgence of speculative areas such as pot stocks, cryptocurrencies, SPACs (aka ‘blind cheque companies’), and tech IPOs that doubled on the first day of trading.  Since the first lockdown in March, many people I know (or know of) have become first-time traders – all of them have been trading stocks related to electric vehicles or other technology-related companies.

It is important that we now revisit the Shiller PE Ratio, which attempts to remove cyclicality in earnings by taking a trailing 10-year average and adjusting past figures for inflation. About one year ago, the ratio was standing at approximately 30x, and I had noted that valuations sat at levels witnessed in only a few instances over the past century. Since then, the ratio has climbed to 34x – exceeding the high before the 1929 crash but still below the peak of the tech bubble in 2000. 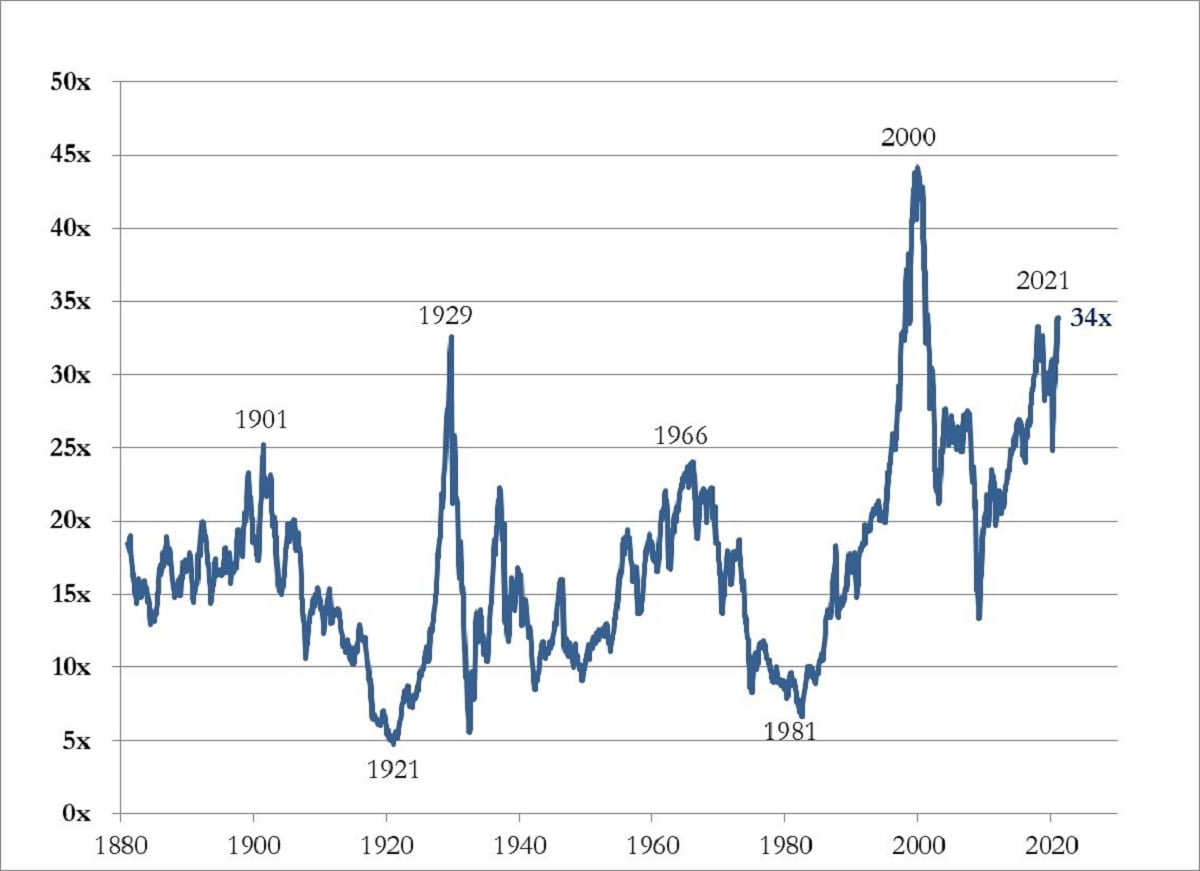 Market observers are quick to point out that low interest rates are likely to remain very low for the indefinite future, and thus high valuation multiples are justified. For the individual, bottom-up stock picker, I would caution against such thinking. First, macro assumptions are just that – assumptions, unknowns. Second, we cannot eat relative returns, or said differently, we can only eat absolute returns. Remember that the going price for any investment imputes expectations of the future; exceeding those expectations will result in a positive outcome. Conversely, underwhelming those expectations will result in a negative outcome. All else being equal, paying a higher price leads to a lower return. And what if our bottom-up process churns out only ideas with high valuation multiples? Thankfully, we sit in a bifurcated market that has heavily favored growth stocks for the past decade. Just as there are pockets of extreme froth in the current market, there remain overlooked companies trading at compelling valuations.

In closing, I offer the opinion that the road ahead for equities will be more difficult, especially for portfolios that up until now have been valuation agnostic. The advent of free trading platforms such as Robinhood for the most part have not benefitted society, but instead encouraged mass speculation.  Yes, the absence of trading commissions may render stock trading more accessible to a broader swath of the population, but the act of trading alone does not translate to investment competence. As I have written about previously, winning with gambling solidifies the wrong behaviors; it places the gambler into a vortex that reinforces false confidence that in turn leads to larger bets… and so on until the eventual blow-up occurs. Thus when we make bad decisions, our well-being is better served by swift, harsh losses of a smaller magnitude than if our over-confidence carries on for a prolonged period.