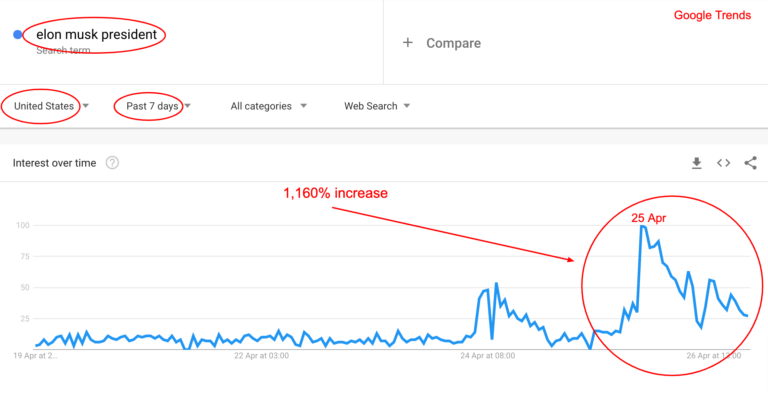 Elon Musk taking up ownership of Twitter Inc (NYSE:TWTR) prompted Americans to believe he will be the next president of the United States.

By Analysing Google Search data, JohnSlots.com have discovered that searches for “Elon Musk president” exploded to 11 times the normal search volume on the day when it was announced that the CEO of Tesla Inc (NASDAQ:TSLA) will become the new owner of Twitter, one of the most influential social media platforms in the world.

"As Twitter is a tool that can shape democracy and manipulate public opinion, people are rightful to think that he could potentially "tweak the algorithm" to manipulate the public's opinion, should he ever be running for president.

"Although such an action can be technically possible if Mr Musk becomes the sole owner of Twitter and if he will have full control over the company, he will most likely not resort to such unethical practices, as his reputation would forever be damaged."

Please find below the images highlighting the spike in Google Searches for "Elon Musk president" for the past 7 days, in the United States: 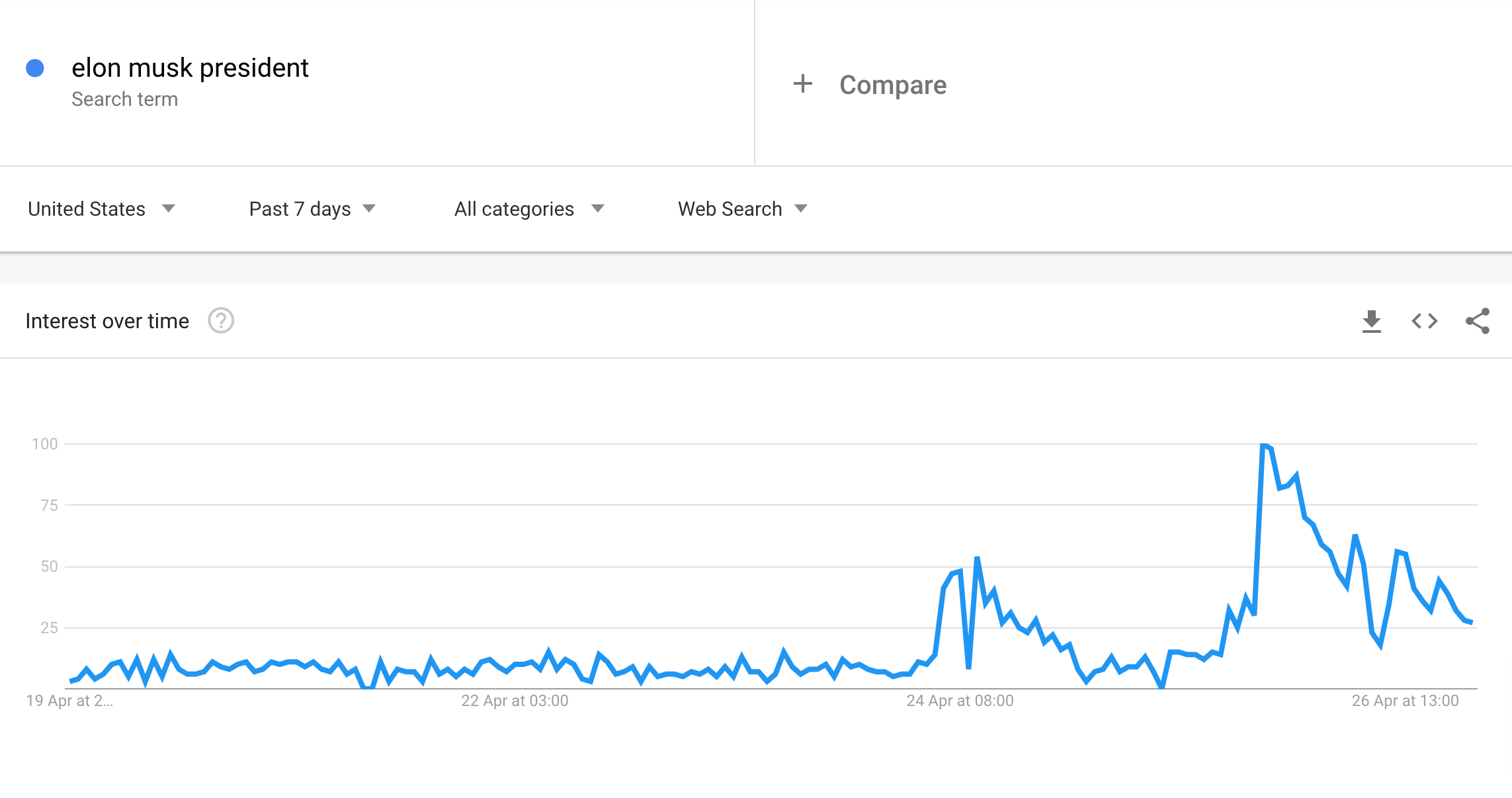 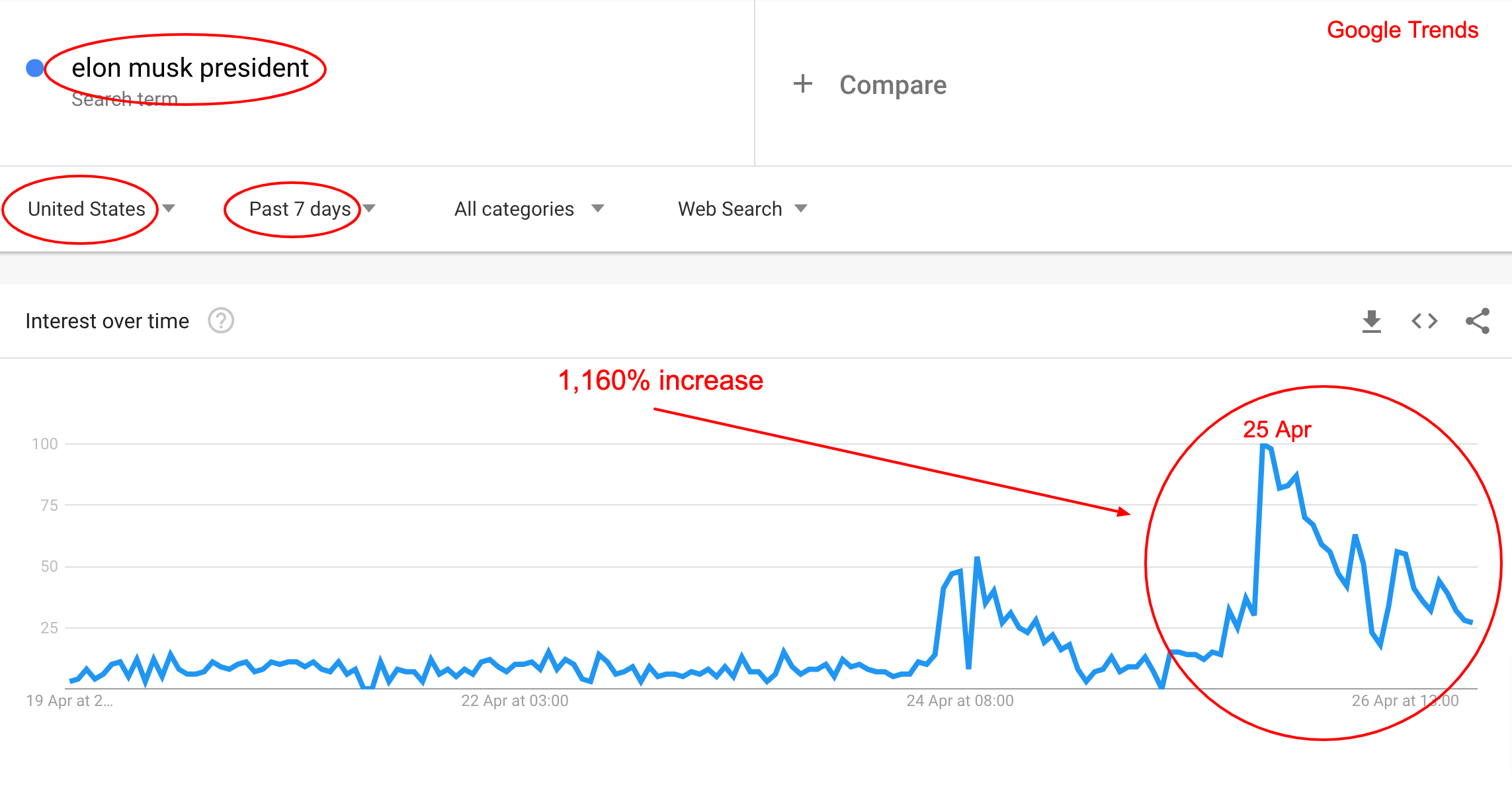