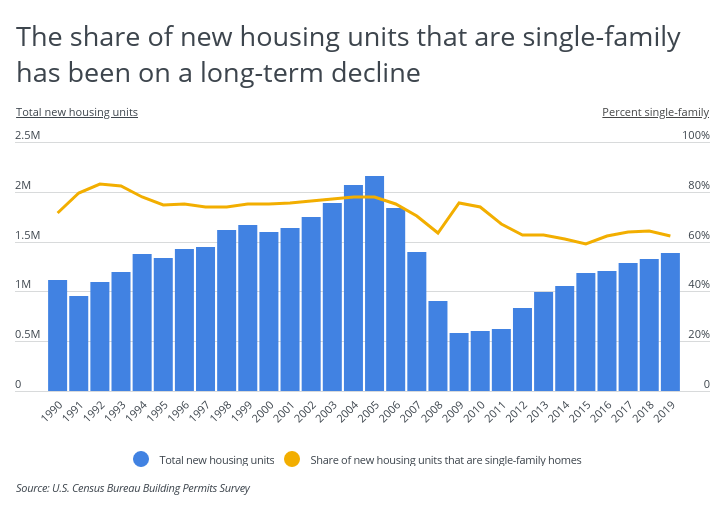 Building permit data from the U.S. Census Bureau shows that investment in single-family homes has been on the decline for several decades, while investment in multi-unit properties has increased. However, migration shifts and urban density concerns brought about by the COVID-19 pandemic could reverse this trend in the future. Cities and states that have invested more in single-family residences may be better positioned for the years ahead.

Single-Family Homes Are Back In Demand

Only 31.6 Percent Of New Jersey Investing In Single-Family Homes

For reference, here are the statistics for the entire United States: