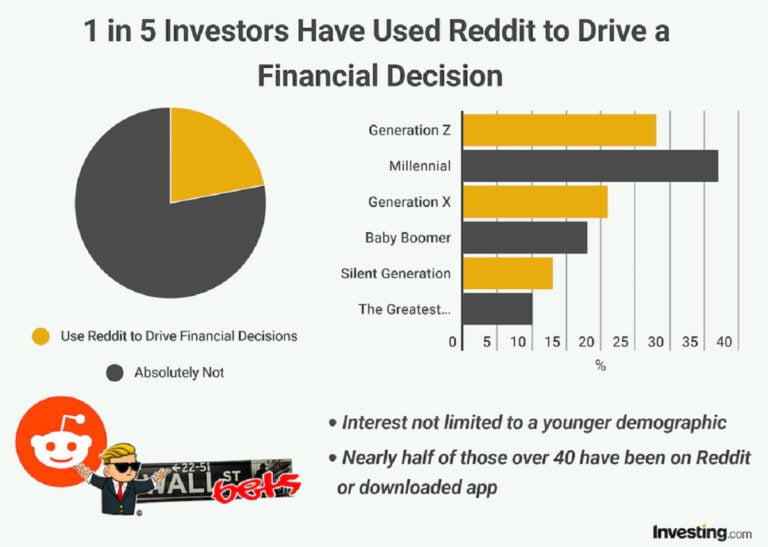 In the aftermath of the GameStop saga, Investing.com survey also finds that Reddit’s unexpected broader influence on investment decisions extends beyond the Millennial and Gen Z age groups

Investors Have Used Reddit To Actively Drive An Investment Decision

New York, NY, April 29, 2021 – As many as 1 in 5 U.S. investors have used the social media platform Reddit to actively drive an investment decision, the global financial markets platform Investing.com has revealed today in newly released data.

According to the survey of 1,302 respondents — conducted in the aftermath of the episode in which Reddit users engineered a surge in GameStop share prices earlier this year — Reddit’s influence is not limited to younger demographics such as the Millennial and Gen Z age groups, with over 17 percent of investors over 40 years old also using Reddit to drive financial decisions. Interestingly, nearly half of these so-called “older” investors have been on Reddit or downloaded the app since the drama that played out with GameStop earlier this year.

“It’s not at all surprising, given the recent Reddit WallStreetBets Meme Stocks saga, which dominated markets earlier this year,” said Jesse Cohen, senior analyst at Investing.com. “The sharp spike and huge gains in those names drew investors – young and old alike – to the WallStreetBets forum to find out what stock everyone was coordinating to buy next.”

Nearly 80 percent of respondents who use Reddit to drive investment decisions have been doing so for only the past few months, aligning with the timeline of the GameStop drama. More than 70 percent of investors who use Reddit to drive their decisions plan to continue doing so during the coming year. At the same time, just 6 percent of those investors say Reddit is their only source of information for investment decision-making.

“The dramatic rise in retail investing seems like it’s here to stay, and that should bode well for social media platforms like Reddit,” Cohen continued. “These social media forums are replacing traditional financial news outlets as the place-to-go to research and make informed financial decisions.”

“The battle between the retail investor, which entered the market amid the Covid pandemic, and Wall Street hedge funds will undoubtedly intensify in the years to come. The returns of the individual investor have changed the entire character of the market, and the professionals are no longer the only force that matters,” said Cohen.

The full survey can be found at: https://www.investing.com/blog/beyond-gamestop-survey-reveals-reddits-largerthanexpected-influence-on-investing-298

Methodology: This poll was conducted on April 14-16 based on interviews with 1,302 U.S. adults from Investing.com’s user database. The poll has a margin of error of plus or minus 2 percentage points. 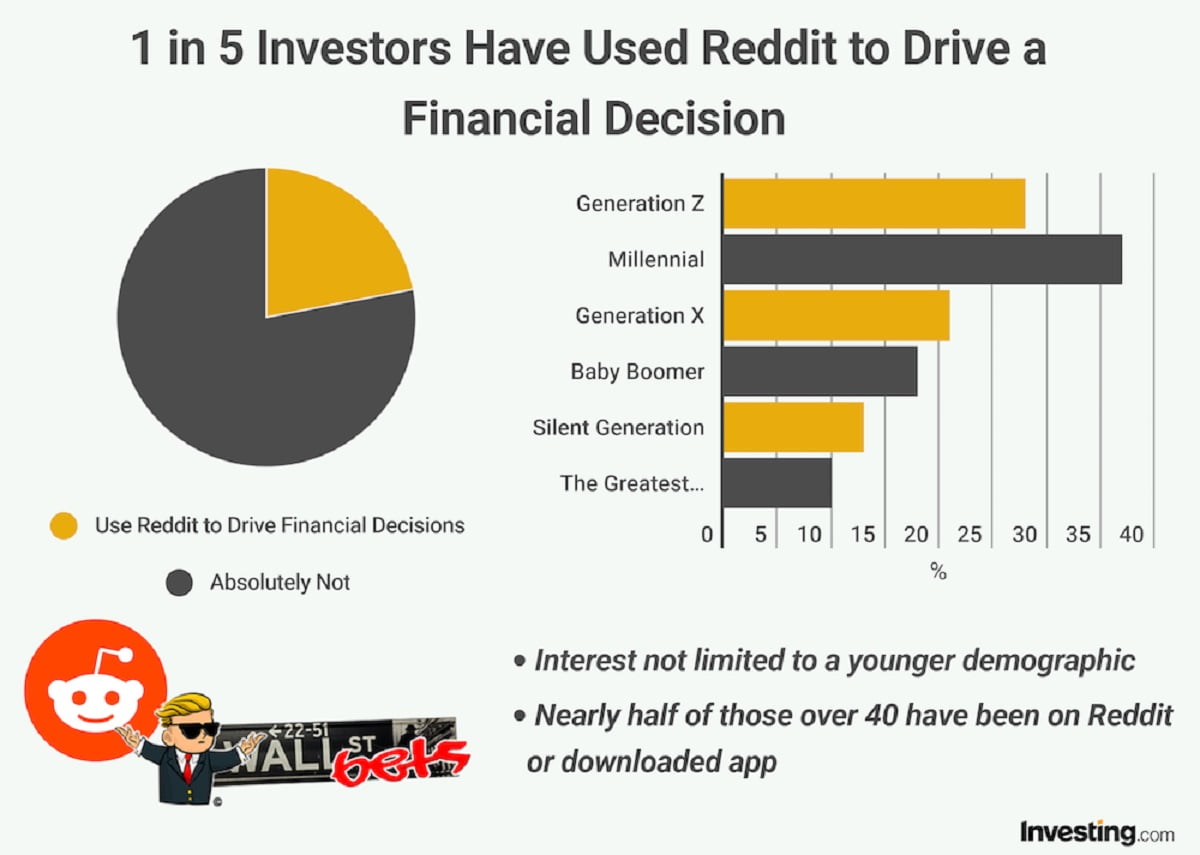