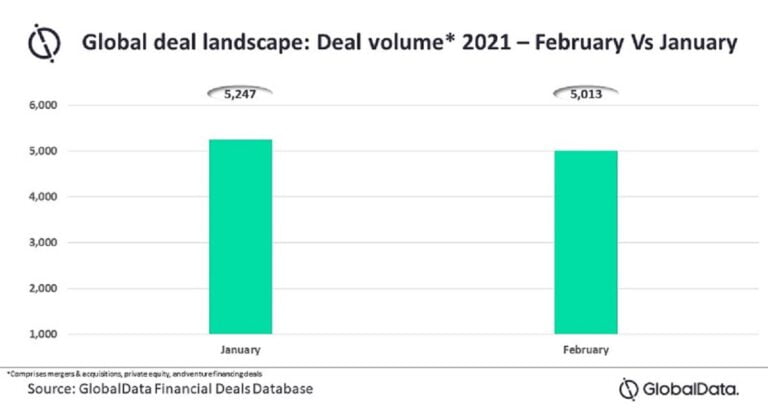 A total of 5,013 deals (mergers & acquisitions, private equity and venture financing) were announced globally during February 2021, which is a month-on-month decline of 4.5% over the 5,247 deals announced during January, according to GlobalData, a leading data and analytics company.

Aurojyoti Bose, Lead Analyst at GlobalData, comments: “Although some countries are showcasing improvement in deal-making sentiments, market conditions still remain volatile in some of the key markets. In fact, the decline in February is primarily attributed to the subdued deal activity in the US and China.” 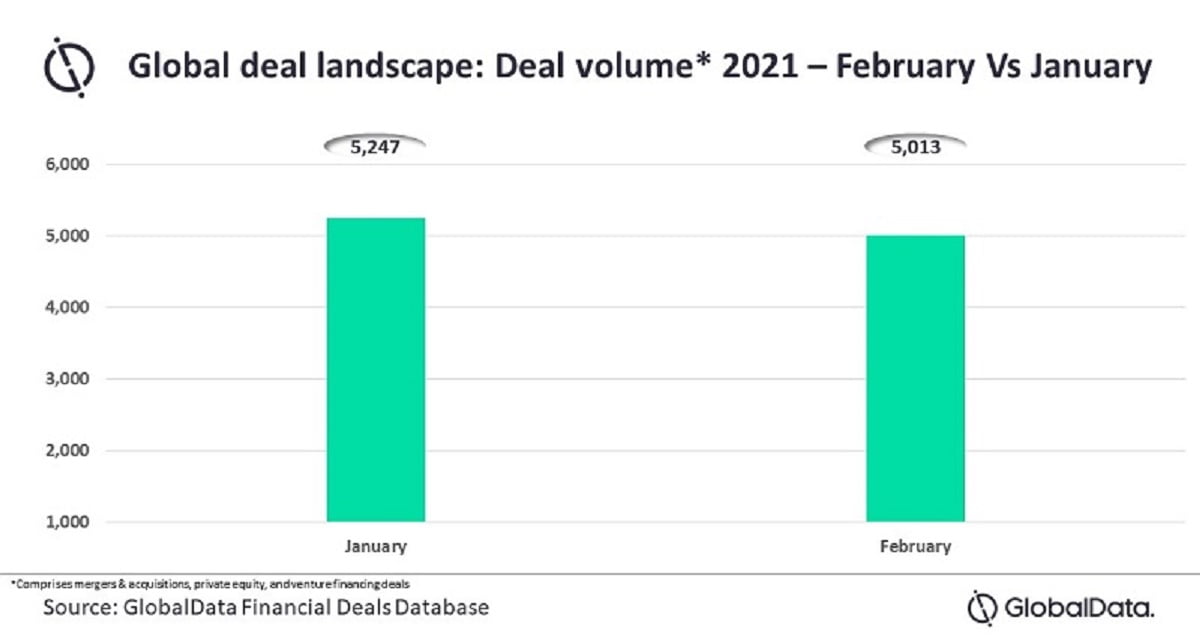 Global deal activity also showcased decline across merger & acquisitions (M&A) and private equity, which witnessed decline in deal volume by 3.2% and 27.8%, respectively, in February compared to the previous month while venture financing deals volume saw a marginal growth of 0.3%.

4,000 of the world’s largest companies, including over 70% of FTSE 100 and 60% of Fortune 100 companies, make timelier and better business decisions thanks to GlobalData’s unique data, expert analysis and innovative solutions, all in one platform. GlobalData’s mission is to help our clients decode the future to be more successful and innovative across a range of industries, including the healthcare, consumer, retail, financial, technology and professional services sectors.