More than 90% of Entertainment & Leisure Industry Jobs Will Return, Mostly in the Next Three Months 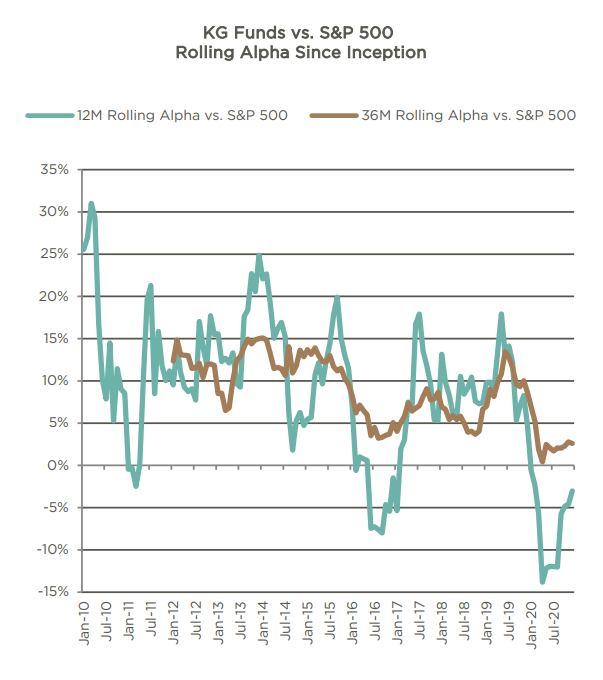 After an incredibly impressive 12.9% return in November and a 4.8% return in December, KG Investments Fund finished 2020 with a total positive return of 15.7%, slightly underperforming the S&P 500 index, which returned 18.4% for the year. That's according to the group's latest investor tear sheet. Q4 2020 hedge fund letters, conferences and more Read More

“IFR Markets has graded the December Employment Situation Report with a B-minus. That may seem generous given the 140k drop in total employment and the 95k decrease in private employment, but outside of the Entertainment and Leisure industry, the rest of the report looks pretty solid. First, there was a net 135k upward revisions to payroll growth in October and November. Second, the official unemployment rate remained at 6.7%, instead of rising 0.1-percentage point as forecast by consensus, and the U-6 “underemployment” rate declined 0.3-pp to 11.7%. Third, earnings growth of +0.8% m/m was much stronger than expected (mkt +0.2% m/m), even though much of this was due to compositional effects. Taking away from the main features of the report, the length of the average workweek declined by 0.1-hour to 34.7 hours.

The Reuters poll consensus estimated that December payrolls would be up 71k overall and 98k in the private sector. If we take out the massive 498k drop in Leisure and Hospitality, however, total employment would have risen by 358k and private employment would have climbed 403k. Revised data show November total nonfarm employment rose 336k and private employment increased 417k. So with condolences to the nearly five hundred thousand workers idled in a single industry last month, the rest of the labor market continued to heal in December.

Within the goods-producing sector, Construction employment rose 51k in December, about 10 percent better than the trailing 3-month average growth of 45k per month. Manufacturing employment increased by 38k, slightly better than the 35k addition in November though slightly behind its average pace over the preceding three months (+46k). The Natural Resources and Mining industry added 4k jobs in December, the most for a single month since October 2014.

Among service-providing industries, the 498k loss in Leisure and Hospitality was the worst since April 2020 (-7.575 mn) and it wiped out nearly 60% of the net 891k jobs added over the preceding four months. Keep in mind, this industry was already less than 80% back to its pre-pandemic staffing level and December set them even further behind. Employment growth declined in three other industries in the private service-providing sector: Information (-1k), Education and Health Services (-31k), and Other Services (-22k). But December employment rose sharply in Retail Trade (+121k), though this is likely due to fewer layoffs rather than more actual hiring. Employment in Wholesale Trade rose 25k, almost 40% better than the trailing 3-month average. Transportation and Warehousing employment went up for a seventh straight month and is nearly back to its pre-pandemic level. Financial activities employment, also up for a seventh straight month, is only 102k (1.2%) below its level in February 2020.

Job Losses In The Entertainment And Leisure Industry

The losses in the Entertainment and Leisure industry (both in December and since March) are real but mostly temporary. Three-fourths (372k) of December’s decline came from food services and drinking places. Another 92k came from the amusements, gambling, and recreation industry, and another 24k came from the accommodation industry. We believe more than 90% of these jobs will return, mostly in the next three months. As with the total economy, the path of the labor economy will depend on the path of the coronavirus. As vaccinations roll out and lockdowns roll back, the outlook for employment growth continues to brighten.”