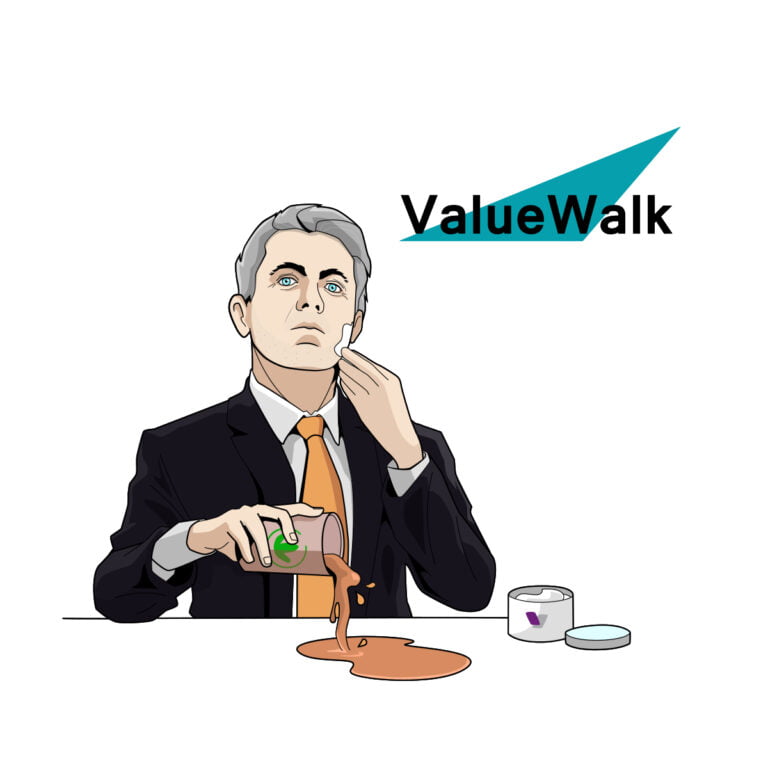 1) Today is the one-year anniversary of one of my favorite columns, in which I named My 25-stock 'Short Squeeze Bubble Basket' and wrote:

I think these 25 stocks are highly likely to underperform going forward. In fact, I'll stick my neck out even further and say that I think today will be the top. They remind me of the eight "bankruptcy bubble" stocks I named in my June 9, 2020 e-mail, which collapsed by an average of 74% in the subsequent five weeks (see the performance table in my July 17 e-mail). 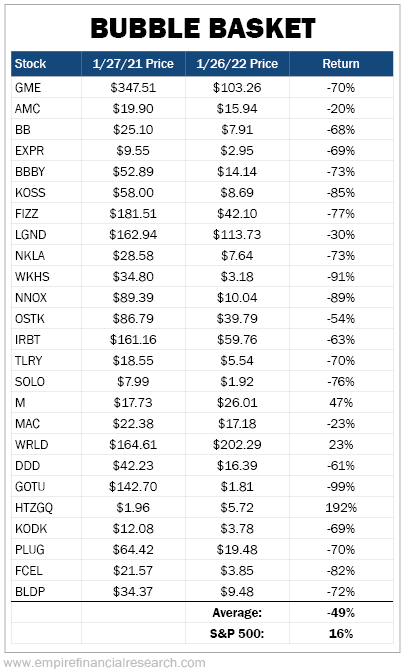 This year's list of stocks to avoid, which I named the "Dirty Dozen" in my January 4 e-mail, is off to a similar start, with 11 of these dogs down by double digits and an average decline of 23% in just over three weeks, more than double the decline of the S&P 500: 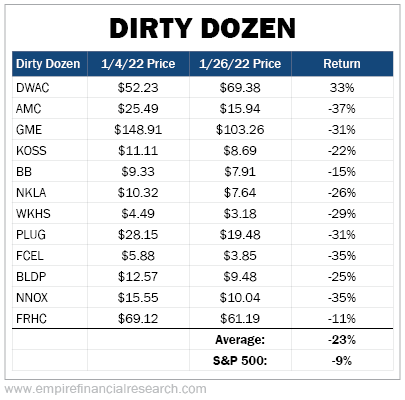 The lesson here is simple: Don't get sucked into massive, obvious bubbles.

Also, in case you missed it, my colleagues Enrique Abeyta, Berna Barshay, Herb Greenberg, and I shared our boldest predictions for free in our recent Prediction Summit 2022. You can watch the replay here.

Reddit's WallStreetBets Was The GameStop Kingmaker

2) This story in Tuesday's Wall Street Journal, Reddit's WallStreetBets Was the GameStop Kingmaker, but Longtime Users Say the Thrill Is Gone, reminds me of the early days in my investing career during the Internet bubble in the late 1990s, when the Motley Fool website's Rule Breaker portfolio was pumping growth stocks like Iomega and America Online. This attracted a wave of inexperienced retail investors, who gathered on the new, primitive online message boards of that era and drove these stocks to the moon, which, of course, attracted more of the same type of investors looking to make a quick buck. (It's so comical how today's Reddit "Apes" think that pumping stocks on message boards is something new...)

I did my best to warn as many people as I could. The first public writing I ever did was, in fact, for the Motley Fool, starting in late 1999 (just after I'd launched my first hedge fund), but in an obscure, ignored corner of the site called the Boring Portfolio. In my columns three times a week, I begged people to listen to Warren Buffett and not get sucked into the Internet bubble. (Isn't it amazing how history repeats itself? Human nature never changes...)

I'd like to think that I saved some people from getting incinerated back then, but if so, it was only a few.

Undoubtedly, I saved more folks this time around, as my readership is exponentially larger today. Still, the sad reality is that many newbie investors, who can least afford big losses, got sucked into the meme stock bubble near the top a year ago and have lost untold billions of dollars since then (my Bubble Basket alone has lost $60 billion in market cap).

This meme captures the new reality for many Americans.

This really makes me sad...

I think his investment is likely to work out well as it's an incredible business, CEO Reed Hastings is an exceptional manager, and the stock, while not cheap by any traditional metrics, has been cut in half in the last few months, providing a decent entry price.

I'm going to have to give Bill some grief, however, about not buying the stock when I pitched it at my investing conference and then on national television on CNBC on October 1, 2012, the day it hit a multiyear low of $7.78 per share. You can see the slides I presented that day here.

It was one of my best picks ever – the stock is up nearly 50 times since then!

P.S. I welcome your feedback at WTDfeedback@empirefinancialresearch.com.