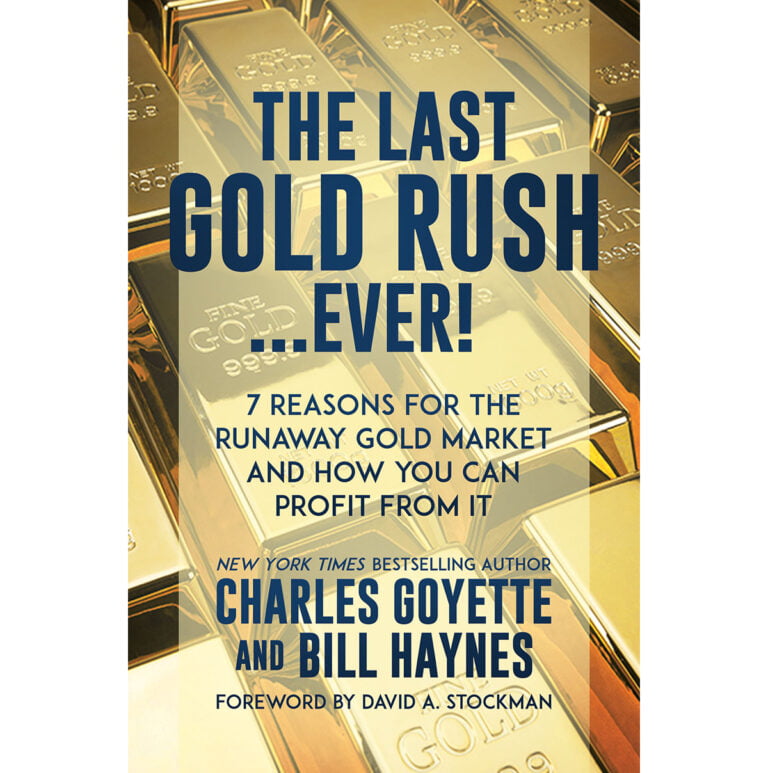 Few realize that today’s US dollar is the third iteration of the country’s currency in less than a hundred years. (It is no consolation that other countries have done worse. Between 1986 and 1994, Brazil had five different currencies.) Since 1933, the US has gone from the gold dollar standard to the gold-exchange dollar standard and finally to the mere dollar standard, the weakest of the three. Now, this dollar standard faces a new era of monetary and geopolitical challenges that it cannot withstand.

When a monetary unit is dying, people scramble to convert their currency into something reliable. Something enduring. Like gold. Tellingly, major world central banks, like Russia’s and China’s, are leading the movement by converting their dollar reserves to gold. Since the Great Recession, China has more than tripled its gold reserves, while Russia’s holdings have quadrupled. They know that gold has monetary virtues that have survived wars and weathered financial storms. Gold has outlasted every conceivable kind of monetary scheme and type of government.

So great are gold’s monetary qualities that, as the economist Ludwig von Mises observed, States have had to resort to the most extreme measures, ignoring laws, trampling on their own constitutions, and even resorting to imprisonment and executions to prevail in the competition between their own money and gold.

When the people conclude that their monetary system is subject to endless State manipulation and the rising cost of living isn’t just some inexplicable astrological phenomenon, but rather the result of a deliberate debasement of the currency that is likely to continue, they become anxious at first—and eventually desperate—to exchange their hollowed-out currency for gold. They will do so despite even the most punitive laws that forbid them. Such is gold’s timeless appeal.

Confrontations Between A State's Money And Gold

Confrontations between a State’s money and gold have occurred time and again throughout history. The flight into real goods - preeminently gold - that happens in a monetary crisis has been lately on display for all to see in Venezuela. It is reenacting a pattern that Mises gave the evocative name “the Crack-Up Boom”:

A breakdown occurs. The crack-up boom appears. Everybody is anxious to swap his money against ‘real’ goods, no matter whether he needs them or not, no matter how much money he has to pay for them. Within a very short time, within a few weeks or even days, the things which were used as money are no longer used as media of exchange. They become scrap paper. Nobody wants to give away anything against them.

It was this that happened with the Continental currency in America in 1781, with the French mandats territoriaux in 1796, and with the German Mark in 1923. It will happen again whenever the same conditions appear. If a thing has to be used as a medium of exchange, public opinion must not believe that the quantity of this thing will increase beyond all bounds.

While we have seen bull markets in gold in the US - literal gold rushes in the dollar economy in which people have stood in lines around the block to exchange dollars for gold (it happened at the end of the Carter presidency) - so far, the dollar has managed to survive. But like all the world’s other irredeemable State paper currencies that have failed, one day there will be a final rush out of the dollar and into gold. As with all the other failed currencies before it, the dollar—at least in its present form—will not survive the event. It will be The Last Gold Rush…Ever in the dollar-standard economy.

Three Strikes and You're Out!

There have been three gold bull markets in the last fifty years. President Nixon’s repudiation of America’s promise to redeem its dollars in gold in 1971 (the end of the gold-exchange dollar standard) led to widespread calamity, including wage and price controls, the Arab oil embargo, and double-digit inflation. A powerful breakout from its long-standing government-controlled price of $35 an ounce, saw gold run up to nearly $200 an ounce in 1974.

That was the first gold bull market of the post-World War II era.

Unfortunately, the lessons that should have been learned by the State’s fiscal and monetary authorities from the dislocations and wealth destruction of that first episode were ignored. So before long, with the hapless Carter presidency, it became evident that the dollar was in trouble again, and that it was time for gold and silver to once again take center stage.