The study found that the fastest-growing salaries were primarily in STEM, where more than half of the top 25 professions were based around science or mathematics. The STEM professions in the top 5 spots were nuclear engineers (#2), physical scientists (#3), and chemical engineers (#4). Nuclear engineers had an annual salary growth of 4.4%, and from 2016 -2019, their salaries grew from $105,950 to $120,700. 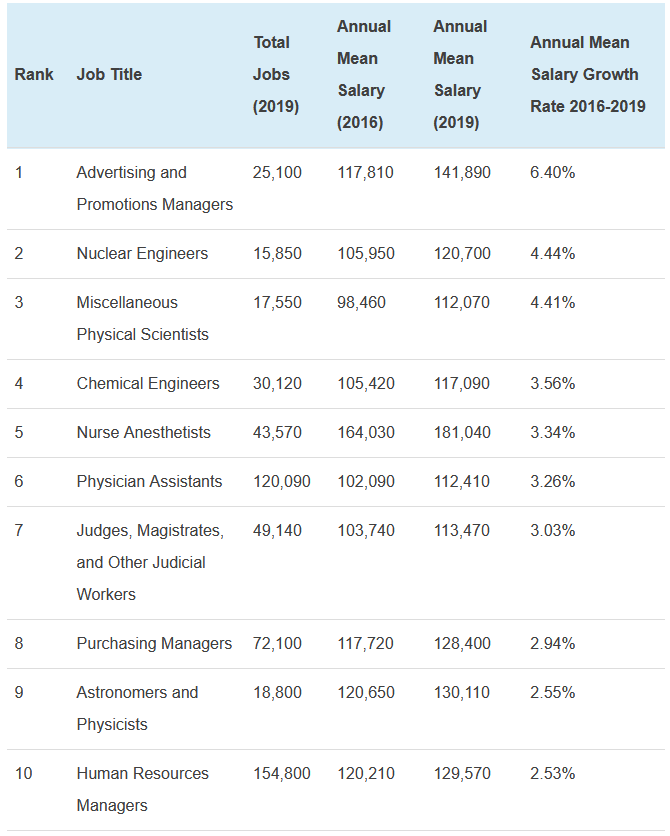 Although STEM took up most of the careers on the top 25 list, advertising and promotions managers ranked as the number one profession and outranked the STEM professions. Advertising and promotions managers had the highest salary growth rate of 6.4 percent, which was more than double the average of 2.8% for the top 25 professions. From 2016 -2019, their salaries grew from $117,810 to $141,890, which was also more than the average of $128,878 for the top 25.

AdvisorSmith created this study to offer insight for those deciding what career paths to pursue. Financial security and earning a substantial salary are motivating factors many workers consider when selecting careers, apart from skills, education, and personal interests.