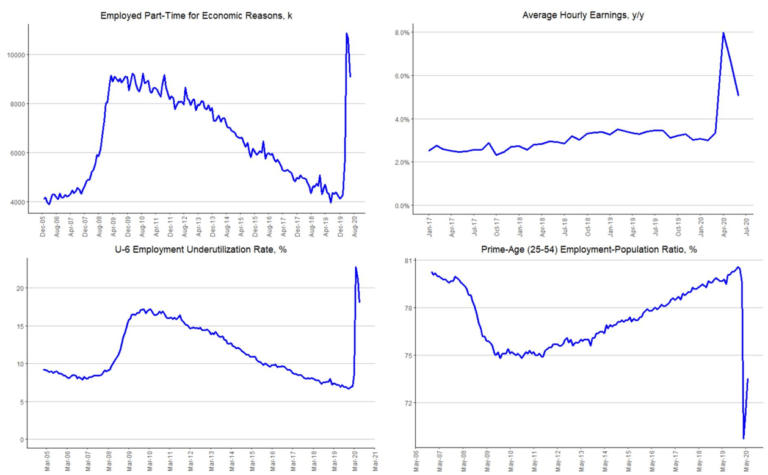 This month’s US Jobs report receives an ‘A’ letter grade as most of the labor economy is quickly healing. Jeoff Hall, Managing Economist, Refinitiv analyzes June’s Jobs report below by providing data-driven insights into the current state of US employment.

Compared to pre-crisis (i.e. February 2020) levels, employment remains down 13% in Other Services, 11% in Information. All other service-providing industries have losses under 10%; Utilities only 2%, Financial Activities 3%, and Wholesale Trade 5%. Among goods-producing industries, employment in Construction is off 6.2% while employment in Manufacturing is off 5.9%. Make no mistake, however, that the labor market is still picking up the pieces. There were still nearly 18 million Americans unemployed in June, about two-and-a-half times as many as before the pandemic outbreak. About 4.8 million (40%) of the remaining job losses since February are in the Leisure and Hospitality industry and we think it could be several years before that industry fully recovers.

The unemployment rate unexpectedly dropped 2.2 percentage points to 11.1% in June, as the number of unemployed persons captured in the household survey fell by 3.2 mn and the labor force expanded by 1.7 mn. Meanwhile, the number of employed persons rose by 4.9 mn in June after rising 3.8 mn in May. The suggestion here is that the job figures look even better in the household survey than in the establishment survey.

Over the past four months, there has been a great deal of suspicion around the changes in the unemployment rate due to how people respond to the question about the main reason they were absent from their jobs. Workers who were absent from work due to “other reasons” (over and above the number absent for other reasons in a typical month) may have been recorded (misclassified) as employed. Had they instead been classified as unemployed on temporary layoff, the unemployment rates observed over the past four months would have been meaningfully higher. But the Bureau of Labor Statistics said the degree of misclassification declined considerably in June. If we remove the estimated one percentage point misclassification error for this month’s report, June’s unemployment rate still would have been lower than the 12.3% the markets had been expecting.

Two strong monthly jobs reports in a row suggest the U.S. labor economy is indeed healing rapidly. We are impressed with the breadth of employment gains by industry and cohort, noting that most industry sectors have recovered the bulk of their job losses sustained in April. A notable exception is Leisure and Hospitality, where nearly 30% of the 8.3 million jobs lost in March and April have yet to be restored. 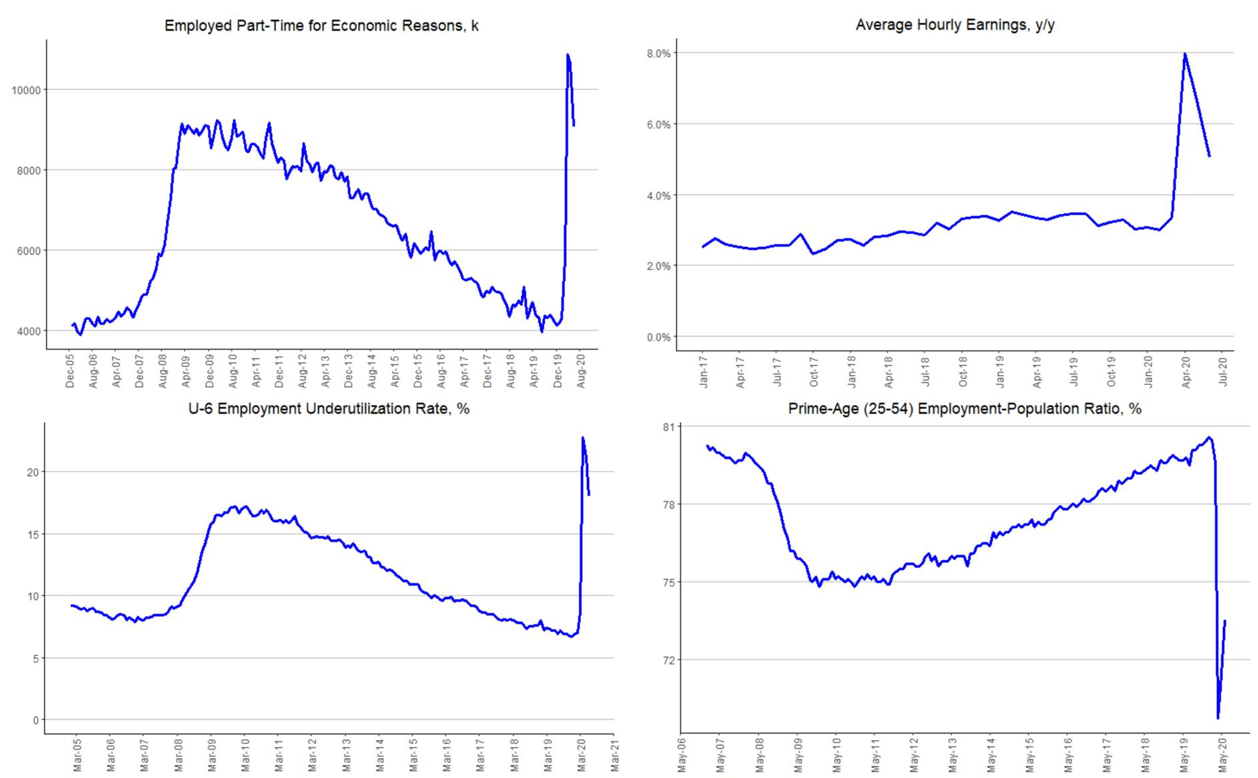