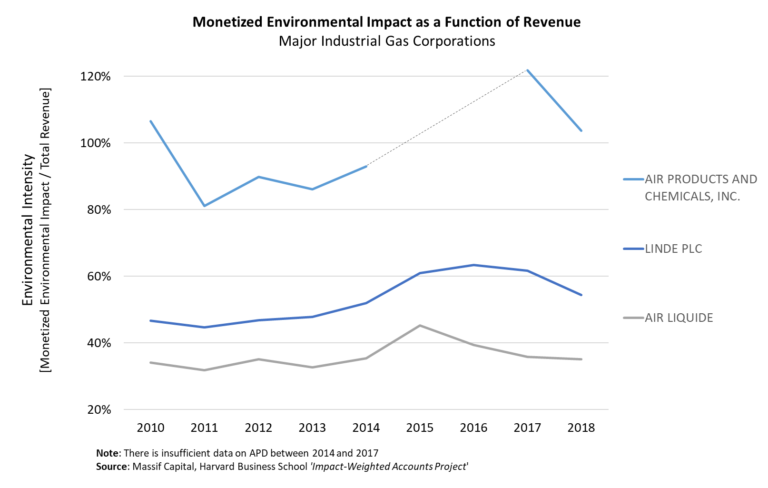 There is growing interest in analyzing the environmental footprint of corporations. Banks and insurance companies are beginning to examine this risk when assessing borrowing costs and insurance premiums. Large corporate buyers have raised the bar considerably on suppliers.  Policymakers in Europe seem to be in rare unison, almost without exception, on the need for aggressive climate policy.

Although further behind, US policymakers – on both sides – are considering climate initiatives in tandem with fiscal stimulus measures. Just in the last week, the Federal Reserve received a letter asking them to explicitly integrate climate change into their mandate. Congressional representatives from both parties signed the letter, along with pension funds representing more than a trillion dollars of assets.

It is our view that assets will become increasingly mispriced as society attempts to address increasing climate volatility. Production and consumption patterns will change as a result of technology development, and policy initiatives aimed at controlling atmospheric emissions will impact how firms invest in the future. Some may disagree with this assertion – which is perfectly reasonable – but investors must contend with management teams making different capital allocation decisions based on divergent perspectives of climate risk.

This is important because our hypothesis that there will be a growing number of mispriced opportunities is not dependent on successful climate legislation or technology adoption. Rather, the increasing uncertainty about future policy is generating different operating models among traditionally comparable businesses.

A new initiative out of Harvard lends credence to our observation. Recent research finds that across all industries, the median environmental damage from a firms operations, as a percent of revenue, is about 2%. Access to the teams data and methodology can be found here.

This is not evenly distributed by industry. In at least 10 of the 68 industries evaluated, firm operations produced environmental damages equivalent to greater than 10% of the firm’s revenue, suggesting a substantial risk of value erosion should environmental impacts be priced.

The Variation In Environmental Impact Between Firms

Researchers find that a firm's industry can explain 60% of the variation in environmental impact between firms. In comparison, 30% is attributable to firm-specific factors (asset composition, strategy, etc.), and the remaining 5% to 10% can be explained by geography.

In other words, if you are evaluating an electric utility, a good question to ask might be: How much of their environmental footprint is a result of the industry they operate in (producing and delivering electricity), versus how much is attributable to the decisions made by the firm's management team?

30% attribution to firm-specific factors is high. While specific industries are more exposed to regulatory risk, these findings suggest decisions made by companies can have a large impact on their environmental footprint relative to their peers. 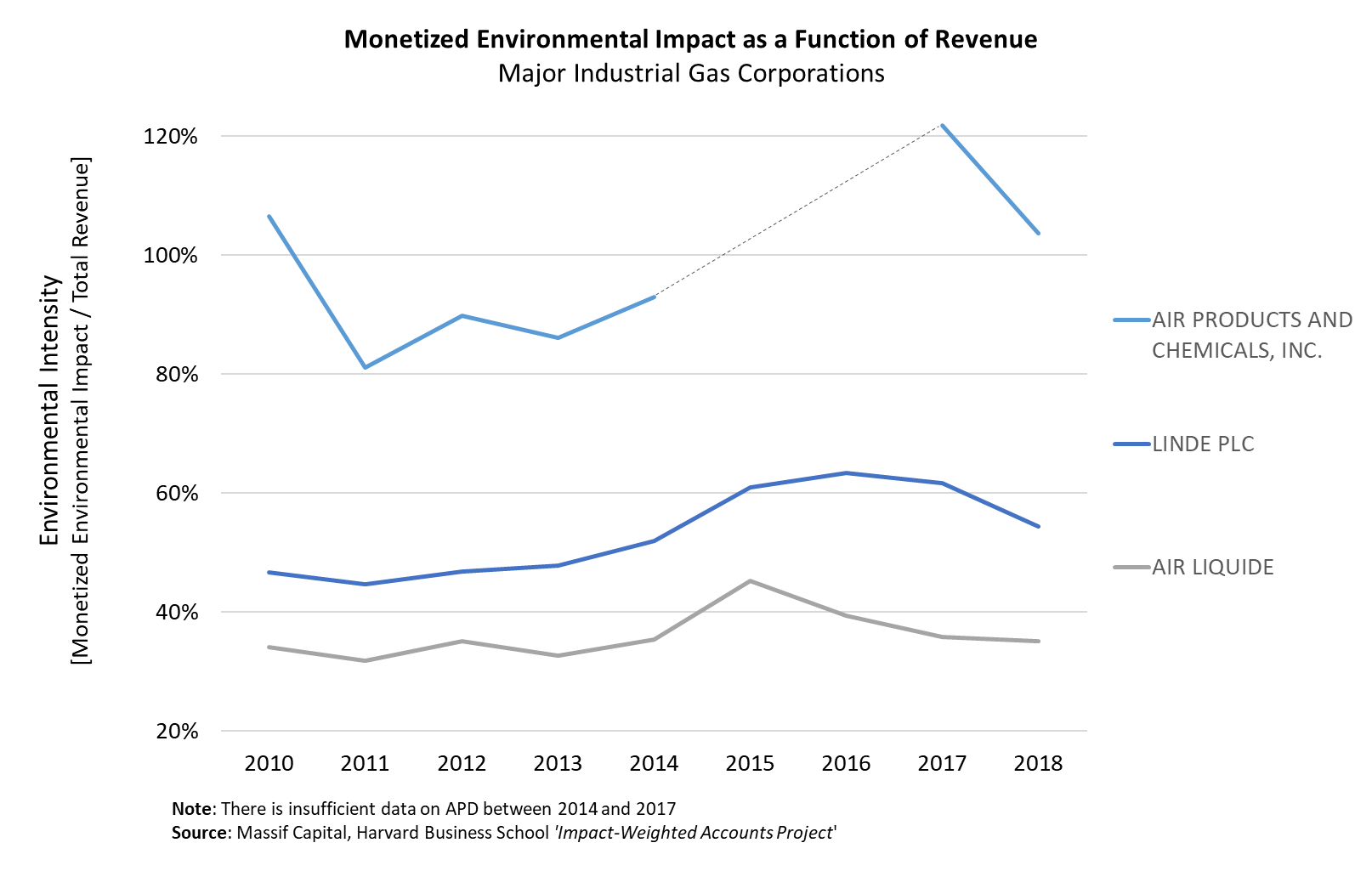 The industrial gas industry, on average, carries outsized environmental risk, but the risk is far from uniform across companies, and in some cases, the differences are significant.

Looking ahead, we have evidence that this gap may widen. APD is looking to double EPS between 2018 and 2025. To achieve this goal, they will spend $9.5 billion on coal gasification projects, tripling the firm's carbon footprint.

APD has received a lot of positive press for their recently announced green hydrogen project in Saudi Arabia. The company can also be found in several ESG ETF's. Yet there is a reasonable chance (should these coal gasification projects be completed) that they find themselves in the top 3 carbon emitters in the S&P 500 within the next 4 years, right next to Exxon Mobil and a handful of coal-burning utilities.