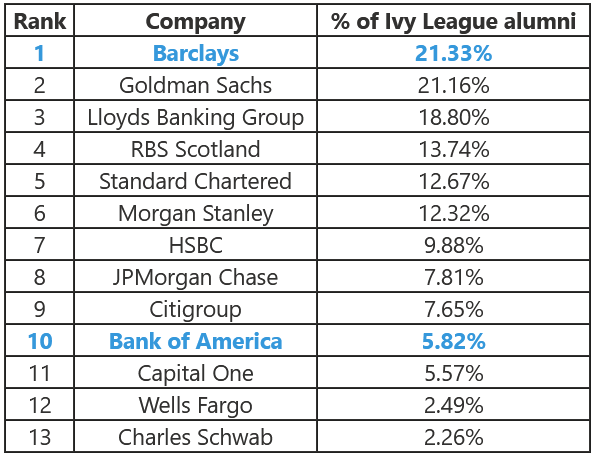 Talent innovation company SHL analyzed the LinkedIn profiles of 13 of the world’s biggest and most exclusive banks to find out where their employees went to college, exploring the idea of whether elitism and predisposition plays a part when it comes to a career in finance.

The analysis included the likes of Bank of America and Goldman Sachs, and aimed to discover what % of these elite institution's workforces were educated at private or Ivy League colleges. 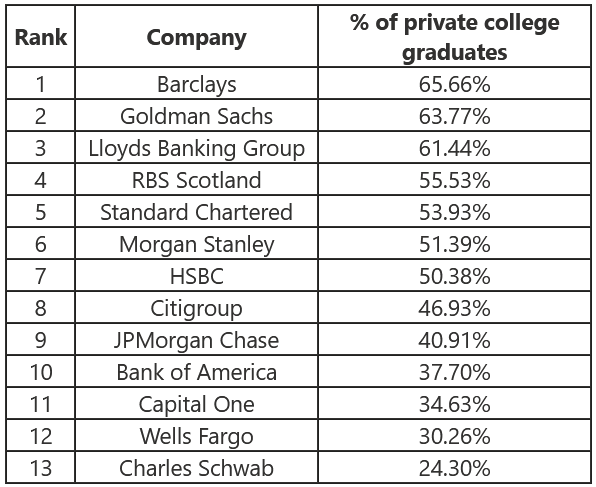 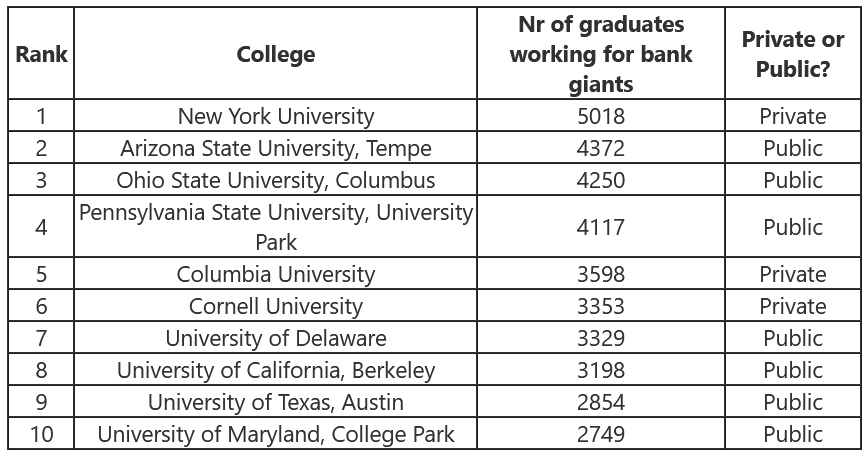