1) Here's an interesting table I saw showing that many bear markets have had big rallies before heading much lower:

Choppiness In The Markets

2) I don't share this bearishness. As I've written in previous e-mails, I think we're going to see choppiness in the markets in the next few months before they head higher by the end of the year. I think a 10% pullback from here is likely, and wouldn't be at all surprised by a 20% pullback – which would put the S&P 500 Index at 2,363.

But I would be surprised if the S&P 500 declines 25.8% from yesterday's close, at which point it would be below its intraday low of 2,191.86 on Monday, March 23 (a day, incidentally, in which the headline of my daily e-mail was: Why this is the best time to be an investor in more than a decade).

We are indeed in uncharted waters in so many ways – with the economy in another Great Depression, as much as a quarter of our workforce unemployed, and budget-busting spending to try to offset the massive hardships that millions of businesses and people are facing.

But I don't expect such a severe pullback, given that we're winning the war against the coronavirus. As you can see in this chart, both new cases and deaths per day have plateaued and started declining: 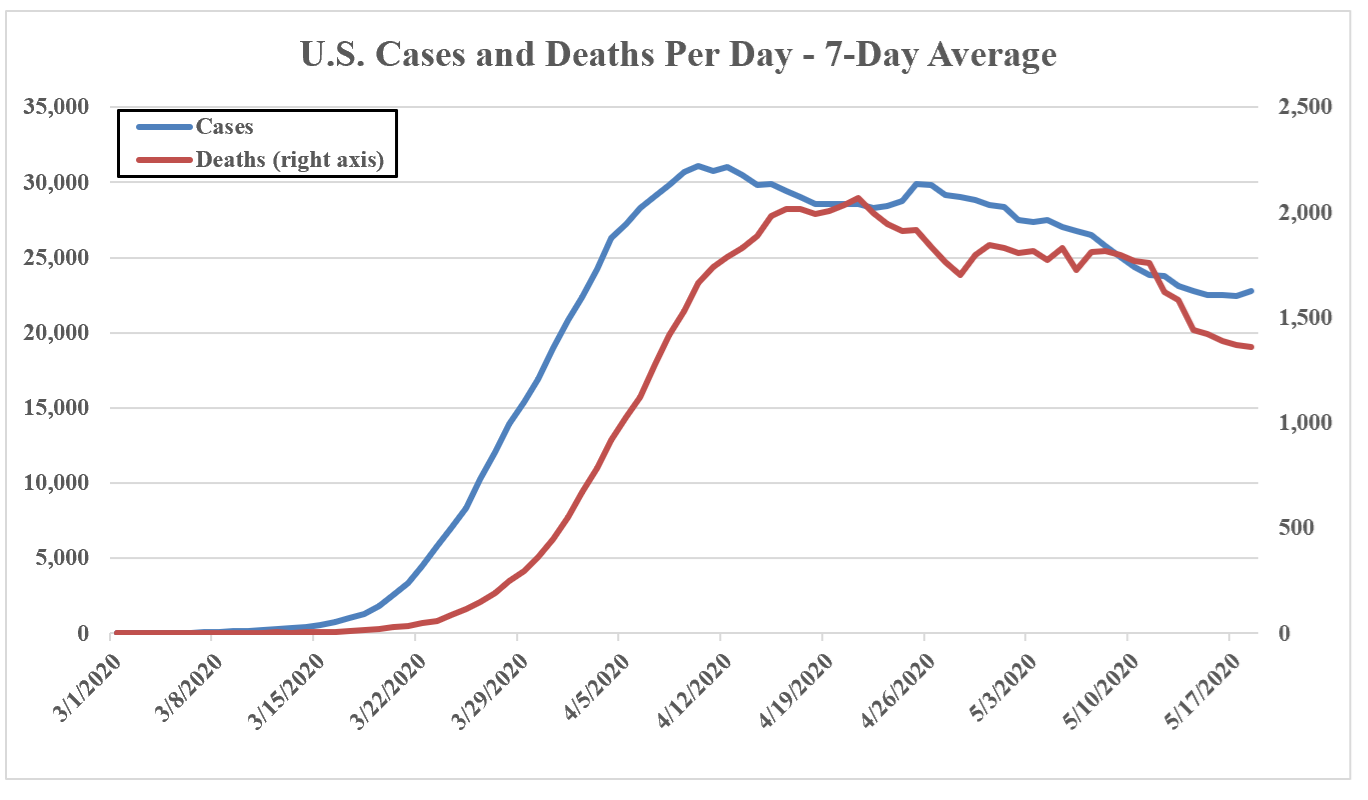 While this isn't the sharp decline that many other countries are seeing, it's clear that we are winning the war against the coronavirus.

3) Ah, but what about the much-feared "second wave" of infections, hospitalizations, and deaths as we reopen our economy?

I can't rule out this grim scenario altogether, but I don't think it's likely based on the early data my team and I have compiled from three states that are in the vanguard of reopening: Texas, Florida, and Georgia. As you can see in this chart, both the number of new cases and deaths are flat to down over the past month (with the exception of rising cases in Texas, but this is due to a big increase in testing): 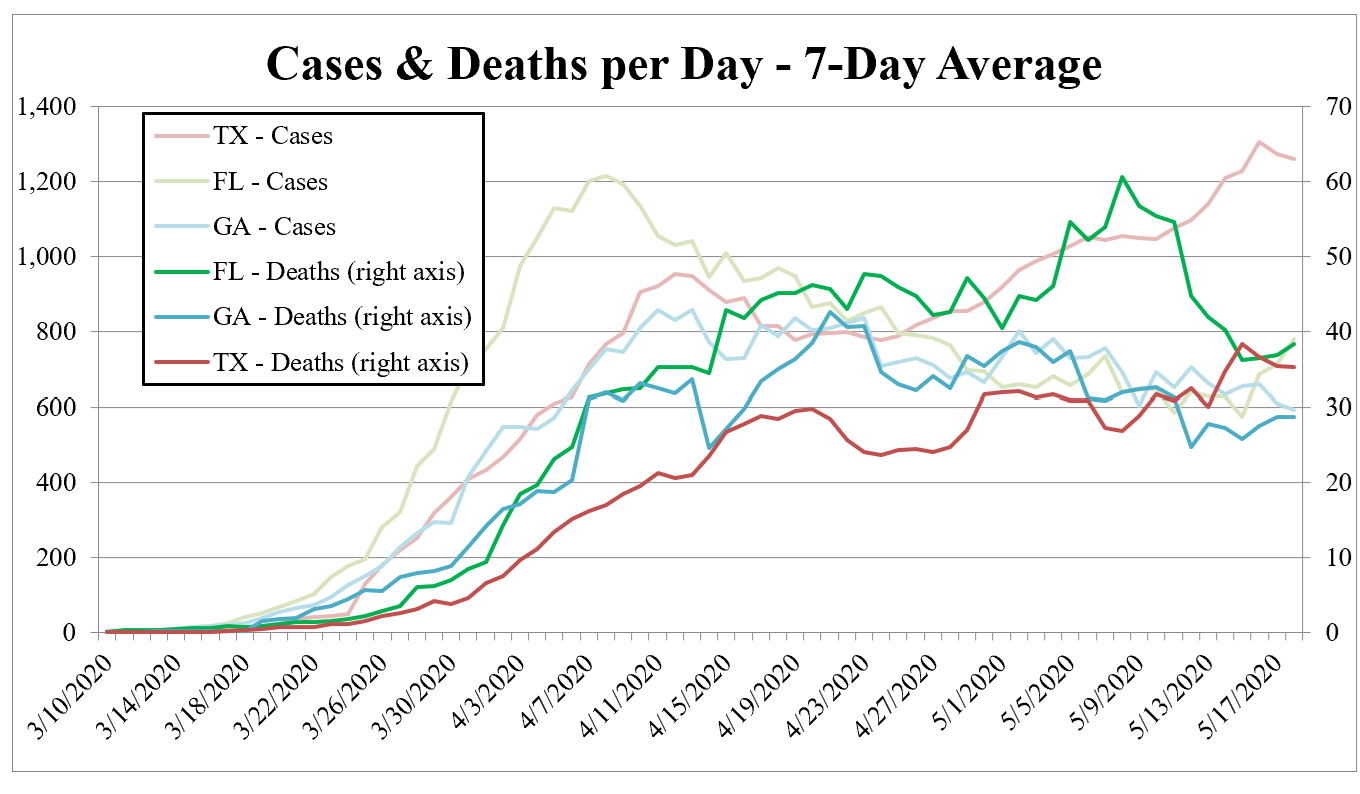 This bodes well as the rest of America reopens – and it's good news for the stock market...

4) China acted much more decisively and hence got the virus under control more quickly than we have... but nevertheless, I think it's a model for what I hope will happen here: Coronavirus Seemingly Tamed, Chinese Economy Starts to Recover.

5) I recently published an essay about my observations from working at the Samaritan's Purse field hospital in Central Park: We Must Build Bridges, Not Throw Stones. I hope you enjoy it.