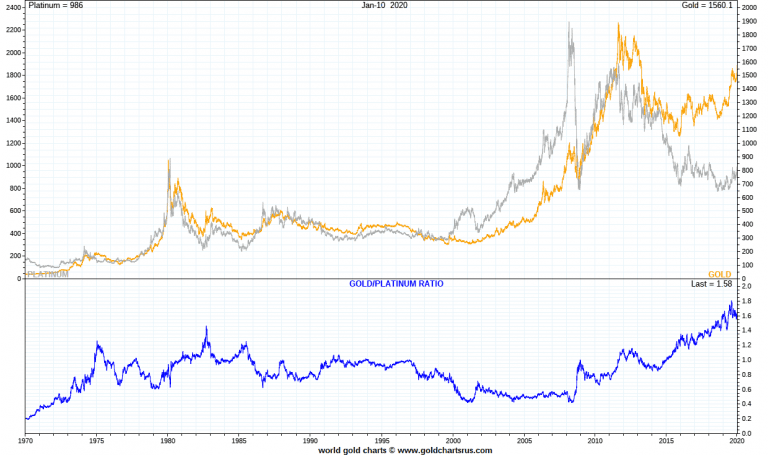 In the last century or so of time running, platinum bullion prices were almost always higher than gold prices.

That fact even remained true while the fully fiat US dollar buckled in value and credibility during the then later 1970s and early 1980 major four precious metal price highs occurring within months of one another.

Benjamin Graham On The Need For Average Earnings

This series is devoted to notes of Ben Graham’s Security Analysis lectures between September 1946 and February 1947 at the New York Institute of Finance. The series of lectures was titled Current Problems in Security Analysis, and it gives a great insight into Graham’s process and investing mentality. The third lecture in this series is devoted to Read More

If that episode was a crisis in confidence in fiscal and monetary matters, we expect something similar but yet larger in size and scale coming up later in our lifetimes too.

While gold bullion’s main value proposition is that it is a superior bedrock monetary metal increasing again being bought by governments around the world. A multi-hundred trillion fiat currency denominated case remains ongoing for higher platinum prices to come, especially at these current historically low comparative valuations.

With just a quick gander at the major 4 precious metals fully fiat US dollar price action below, the two precious metals that technically stand out as the best long term value considering all factors remain silver and platinum bullion in our opinion based on the current price action.

When looking at the long term fiat US dollar price for all four major precious metals, it is obvious that a consistent record price-setting palladium broke out a near 20-year price bowl only a few years back.

Gold appears to be climbing its bowl-shaped wall of worry spurred on by this record debt level everything but commodities monetary madness bubble.

Both long term platinum prices and silver appear to be turning up too and both will likely chase gold higher this decade and even into the next.

We fully believe there will again come a precious metals mania phase in which all four of these major precious metals are hitting all-time nominal record price highs measured in fiat US dollars, the still dominant fiat reserve currency of the globe today.

Owning physical palladium bullion as an investment and store of wealth is a relatively new phenomenon when compared to the history of silver or gold bullion usage.

The following charts show how platinum has been priced in fiat Federal Reserve notes since just before the Nixon 1971 final Bretton Woods breakdown occurred. For the last near 50 years of time, the fiat US dollar has lost consistent purchasing power to platinum.

Although we must highlight that since the commodity bull market peak in the spring of 2008, platinum has lost over 50% of its value in fiat US dollars. Platinum basically peaked in early 2008, then valued over 2Xs that of near $1,000 oz gold, whereas now the situation has almost flipped entirely.

The current value of platinum vs gold to begin the 2020s, it has not been this low in over 100 years of time.

How long can this historic divergence last?

When will platinum reassert climbing valuations versus gold and other asset classes?

This historically extreme Platinum vs Gold ratio illustration above and below are just one major reason why we believe that platinum, akin to silver bullion today, are the two best long term precious metal values to consider owning outright in bullion coins and bars.

Adding platinum to an investment portfolio is now very easy. One can easily hedge against systematic counterparty risks by owning platinum bullion outright in hand, fully outside of the financial system.

Platinum bullion products also offer superior liquidity, as platinum bullion can be bought and sold easily, with a value derived from the inherent value and utility of the platinum product as well as the prevailing spot market price for platinum. Both platinum bullion bid and ask prices are constantly adjusted to include manufacturing costs and supplier profit margins.

Platinum bullion buying and selling is a long term trade with a time horizon of perhaps only a few years to many decades potentially.

The recent historically low platinum price is again currently heavily discounted to gold. This fact has supported the demand for platinum bullion products in recent years.

In some jurisdictions, for example, within the USA, platinum bullion can be directly bought and owned as an asset in as a tax-deferred Bullion IRA retirement investment vehicle.

During the Second World War, non-military use of physical platinum supplies was banned in the United States given that platinum is a military strategic metal and used in airplane engines and weapons manufacturing.

Platinum still remains one of 35 critical minerals explicitly cited by the US government which publically deems the element platinum as being crucial to the US and global economy today.

About 1/5th of every manufactured product we humans use right now, either contains platinum or requires platinum in its manufacturing.

Platinum is a critical catalyst for chemical reactions like crude oil cracking. Often platinum is used in catalytic converters in petrochemical powered vehicles, and also for converting methyl alcohol into formaldehyde. The element platinum can absorb considerable volumes of hydrogen and will likely begin replacing considerably higher priced palladium in various manufacturing and catalytic converter applications to come.

Platinum is the least reactive metal known to man. It does not oxidize at any temperature, and it is unaffected by most acids.

The platinum melt point is very high at 1,768 °C (3,214 °F). In fact, platinum’s high melting point caused Spanish new world silver and gold-seeking explorers to regard it as mere nuisances in their quest. Platinum was then often used in gold coin counterfeits from the 18th and 19th Century AD. It was not until the early 20th Century that we fully began understanding and discovering the metallic and industrial utility of platinum and thus its ongoing price and value climbed yet it remains very rare still.

This precious metal’s resistance to corrosion makes it a good choice for precious platinum jewelry items. Cherished for its white luster and high value due to its utility and highly limited rarity. Platinum jewelry buying will remain very popular in Asia, especially in China and Japan.

Platinum is one of the heaviest and densest metals. Just a tiny 6-inch cube of platinum weighs as much as an average human being (140 lbs.).

The precious metal platinum is rare in the above-ground supply. Certainly more rare versus silver and even gold monetary precious metals. 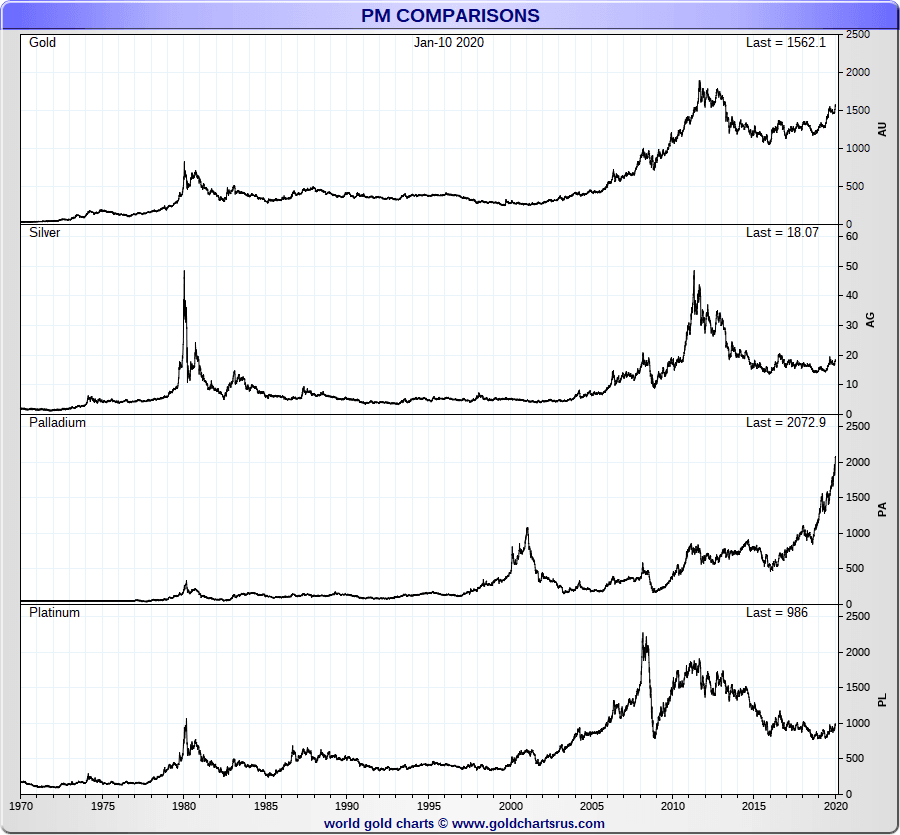 The vast majority of all platinum mined has come from South Africa.

Ongoing platinum deficits have become the norm. Year-long instances where we humans use more platinum than we dig from the ground currently being supplemented by platinum auto and jewelry recycling (i.e. secondary supplies, the yellow platinum supply swath in the graph above).

A mere return to the typical median of platinum and gold at equal value means that platinum would heavily outperform even gold bullion to come. The last 120 year Gold Platinum Ratio reflects how rare this moment is historically comparatively speaking. 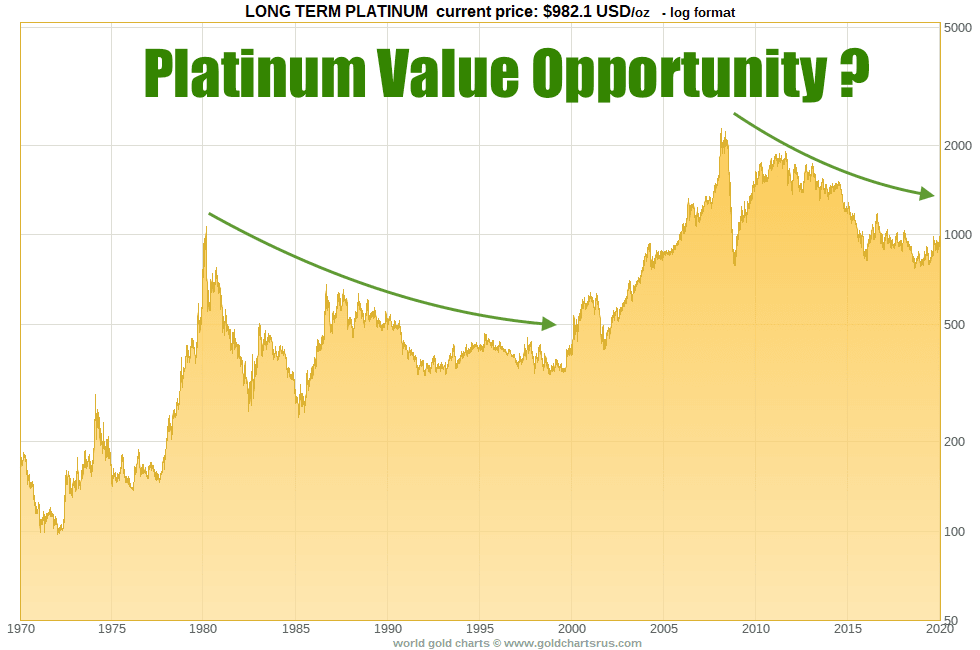 Our platinum bullion supply research shows if we collected every physical ounce of platinum in the world, it could fit in a square small enough to fit inside an average 2-car garage or even a large home’s living room in North America.

We estimate there are only some 8 million ounces of .999 fine platinum bullion above-ground supply. Currently valued at approximately $8 billion in fiat USD in current value based on a current near $1,000 oz fiat $USD platinum spot price.

And sure, $8 billion fiat US dollars may sound like a lot of capital to an individual not a part of the Federal Reserve’s ongoing REPO Loan madness or perhaps one of our publically published billionaire overlords. But this estimate of total platinum bullion supply is comparatively tiny when considering the amount of multi-hundred trillions of USD values sloshing around the globe at the moment.

So in fact, this $8 billion .999 fine platinum bullion supply estimation is so small, all but one of the world’s largest multi-billionaires could make a play at cornering the .999 platinum bullion market.

One cannot say the same for some +77k tonnes of fine gold bullion collectively hoarded between governments and individual gold bullion investors. Collective gold bullion holdings worldwide are currently valued at over $4 trillion USD.  Again, with a ‘t’ not a ‘b’.

Based on how little platinum has been mined by mankind, both platinum and also short in supply palladium, are the two rarest physical bullion precious metal products we buy and sell at SD Bullion.

We consider platinum bullion to be one of the best bullion value buys at the moment.

A bullion buyer years before the 2008 Global Financial Crisis, James Anderson is a grounded precious metals researcher, content creator, and physical investment grade bullion professional. He has authored several Gold & Silver Guides and has been featured on the History Channel, Zero Hedge, Gold-Eagle, Silver Seek, Value Walk and many more.

Given that repressed commodity values are now near 100-year low-level valuations versus large US stocks, James remains convinced investors and savers should buy and maintain a prudent physical bullion position now before more unfunded promises debase away in the coming decades.