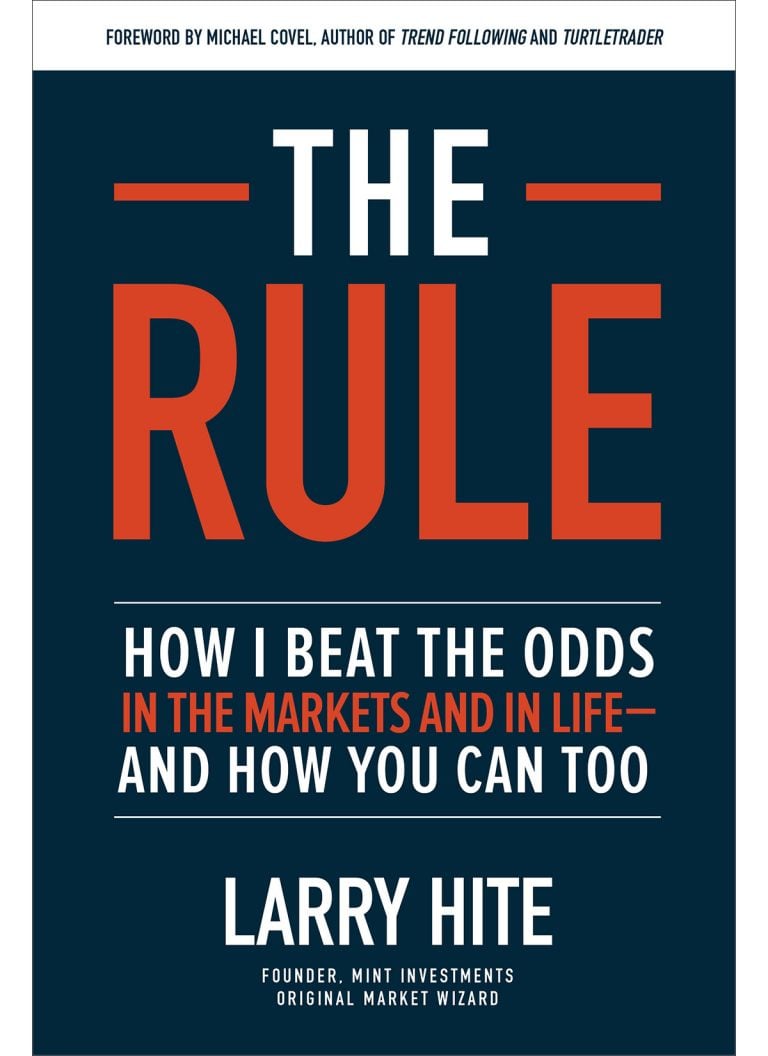 How to get rich is always a very popular topic. But if you are in the markets, it is more important to learn how to lose money and not how to lose so big that you get wiped out in a moment. Why? Aspirations fight against reality.

That’s fine. But we must also understand the pitfalls and threats. Sometimes we can see mistakes more clearly. Over the years, I have watched so many people lose fortunes (including myself), and it comes down to one thing, which is just the opposite of the rule I’ve given you. Instead of cutting your losses short and letting your profits run, people who lose a lot freeze when they have a setback. Their small losses turn into deep holes, like someone with a shovel who keeps digging while water fills the bottom and they can’t swim. I am alive financially because I cut my losses and became wealthy because I let my winners run.

I’ve collected eight of the most popular ways for you to lose money. Study well. If I were still a stand-up comic, I might perform these with a laugh drumbeat ba-dum after each. If you’re wondering which of these mistakes led me to lose millions, you’ll have to wait until the end. Number 8 is mine.

Being a genius has given him so many advantages and so much praise. But the genius who goes to the best schools and achieves higher and higher status each year of life can face disadvantages in the market. For one thing, the market doesn’t care about how smart you are. It isn’t impressed by your grades or degrees. Remember, success in stocks, bonds, and commodities is not like figure skating where you get some points for executing difficult moves. In the markets only the final result counts, and it can be zero. That means you can be right most of the time, but still lose everything if you put too much on one wrong bet. The market won’t even say it’s sorry. I have observed that sometimes it’s the Ivy League people most of all who hang on to their losses to the point of self-destruction because they cannot comprehend that after all of their education they are just wrong.

I had a friend who made a great deal of money on sugar and got rich. But then he lost a lot of money on sugar. How did that happen? For the longest time, he had this idea that he had to get a big win in sugar. Why? Because sugar supposedly owed him money. He then kept betting on sugar for years but nothing ever came of it. Then one day, I noticed that sugar finally made a big leap. I called my friend and asked how it had gone for him, fully expecting to hear joy. But instead, his voice hesitated. “I missed the day to go in.” He had been so sure that sugar would make him whole again that he wasn’t paying attention to the actual facts. He wasn’t in it at the moment of right now.

Think about another example. The market for corn is sinking (it could be Apple stock or Bitcoin—for my example it doesn’t matter). Now you should go and buy a lot of corn at this new cheaper price, because it’s bound to go up again?

Yes, of course, you may get a great opportunity to buy after a sell-off, but to think this is a blanket rule would be a terrible mistake. Some stocks sink for very good reasons. You don’t want to buy them. For example, horse and buggy materials fell in value after the arrival of the car.

Would you do well if you ran out and bought more stock in a saddle-making company?

Let me put it this way. If you go to Brooklyn, would you get on a train to the Bronx first? I did that once, and I can tell you it is not what you want to do. I was on my way to Brooklyn, which is south of Manhattan, after a meeting where every thought I’d uttered was praised. I must be a genius, I thought, as I sat on the subway car, rattling from one stop to the next. Suddenly, I looked up and realized that the train was heading to the Bronx, not Brooklyn. Despite being a New Yorker all my life, riding the subways by myself since age nine, I’d gotten on the wrong train.

Ask yourself frequently if your vision is corresponding to reality. If you buy a stock or commodity for a dollar, thinking it’s going to go up, and the next time you look it’s at 90 cents, be real with yourself. You did something wrong. Get out. And don’t feel bad either. It doesn’t mean you’re wrong forever. It just means you were wrong this time. Move on to the next opportunity to be right.

You have the deal of the century looking at you. You think the odds are 95 percent in your favor, so you put down a really big bet, with the thrill of envisioning how much you can win.

Then a sad thing happens. You are in the 5 percent who loses. Now you may have to sell your house, trade down your car, and deliver bad news to your kid who was planning to attend a private college. Are you ready to do this? If not, then bet only what you can afford to lose. In fact, “How much can I lose?” should be your first question, not “How much can I win?” (Repeat this like a mantra.)

I tried to warn him that his strategy wasn’t going to work all the time. It was far too risky. But he didn’t listen.

He used $100,000 to buy options of Merrill Lynch stock for very cheap. It was all the money he had, but he wasn’t worried a bit. He assured me that the options had hit bottom and had to go up and soon he’d be making a killing.

“There’s going to be a killing,” I said, “but the face you see on the killing floor is gonna be yours.”

I was astonished to learn that when he was losing, he borrowed even more money to buy more options. There was zero evidence that he was right, but he was bucking the trend on borrowed money and risked more than he could afford to lose. Why? In our mind hope is valued differently than losing. This is also why people in bad marriages stay, and based on my experience, this is how most fortunes are lost.

Another friend of mine was a great athlete and good looking. He did well in school and he was not used to losing. In fact, he never lost at anything. His parents spoiled him and bought him a Corvette when he was 16 years old. He didn’t know how to prepare for loss, prevent loss, or cope with loss. He bought stocks, and when they went down, he stayed with them and held on. Those stocks never came back. At age 70 he wound up being supported by his kids.

People used to winning are far less likely to acknowledge they are actually losing. They will hang on longer to their losing bets. Because I’d been a poor athlete and bad student, it never surprised me that I would lose. I would quickly accept it, fold my cards, and move on to come back to play another day. I recommend you practice losing money. In the long run, that will help you win big.

You spot a rising trend. Say, the 30-day average price for apartment buildings in a certain neighborhood has been going up for a year. You decide to buy an apartment building because you believe it will go up in value and you can make a killing. Soon, you fall in love with the building because it has a beautiful lobby designed by a famous architect. You tell yourself that a great lobby makes it more valuable.

In fact, you’ve just lost your objectivity. You didn’t buy the building for the lobby, you bought it for the rent roll. You need to be looking at the condition of the building and whether rents are rising. Be objective and tear yourself away from that lobby love.

Losing all your money and getting wiped out is one thing. Losing all your money plus millions of dollars other people have entrusted you with is quite another thing. When the mistake happened, I was not the one who made the original error. But it was my fault for not seeing it coming.

It was my fault for not discovering it once it was in play. I was too big for that. Business was going great, and I was on top of the world. I had other guys who were working on the ground implementing and managing money. As I saw it, I was the concept guy who flew on jets around the world, making deals. I was above looking closely at what was really going on. And I didn’t check. When I got numbers, I believed them. My arrogance led to this, and it was nearly a fatal flaw. Here is what happened to me.

I hope my story can prevent you from making a similar mistake.