As the college admissions scandal, otherwise known as Operation Varsity Blues, gains momentum, Marathon Partners has demanded an investigation into former E.l.f. Beauty board member Bill McGlashan, the ex-TPG executive who became embroiled in the scandal. The activist requested to examine the company’s books and records, alleging that McGlashan paid a total of $750,000 to create a fake football profile for his son and have his exam admissions doctored in an attempt to smooth his entrance into University of Southern California.

The activist noted that some executives have a longstanding affiliation with TPG and McGlashan, saying  chief financial officer John Bailey received generous compensation from a compensation committee stacked with TPG-designated directors, while serving as a senior adviser to TPG. Marathon also complained that under Bailey’s tenure, both Bailey and the company had sold stock at prices inflated by projections it failed to meet.

Marathon's interest in E.l.f. was first revealed in August last year, at which time the activist had built up an 8.5% holding. Marathon has since called on the cosmetics manufacturer to consider extensive changes in operating practices or even a sale to a larger company.

Shares in Qualcomm rocketed more than 20% last week after news circulated that the chipmaker settled a legal dispute with iPhone maker Apple. The settlement of the royalty dispute ended all litigation between the two companies worldwide and includes a payment from Apple to Qualcomm as well as a six-year license agreement with a two-year option to extend. The news comes weeks after a United States International Trade Commission (USITC) judge ruled in March that Apple violated certain patents owned by Qualcomm. During the court dispute, Apple refused to pay royalties to Qualcomm, prompting the chipmaker’s licensing income to drop from $7.6 billion in fiscal 2016 to $5.1 billion last year.

Kerrisdale Capital Management announced a short position in Qualcomm in January, saying the chipmaker would likely lose the patent case, although it said the outcome of the lawsuit is not crucial to the company's long-term stock price. The short seller noted that the Apple case was a source of lost income for Qualcomm, predicting that licensing income could drop by another 50%.

Qualcomm is also facing a lawsuit from the Federal Trade Commission (FTC), which alleged that it employed anticompetitive behavior with a practice called “no license, no chips.” The FTC argued that Qualcomm has been charging smartphone makers unfair licensing fees for its standard-essential patents, which power the mobile internet. However, Intel responded to the settlement with Apple by withdrawing a competitive product.

The number of Australia-based companies to have been publicly subjected to board-related demands between January 01 and April 19 in respective years. 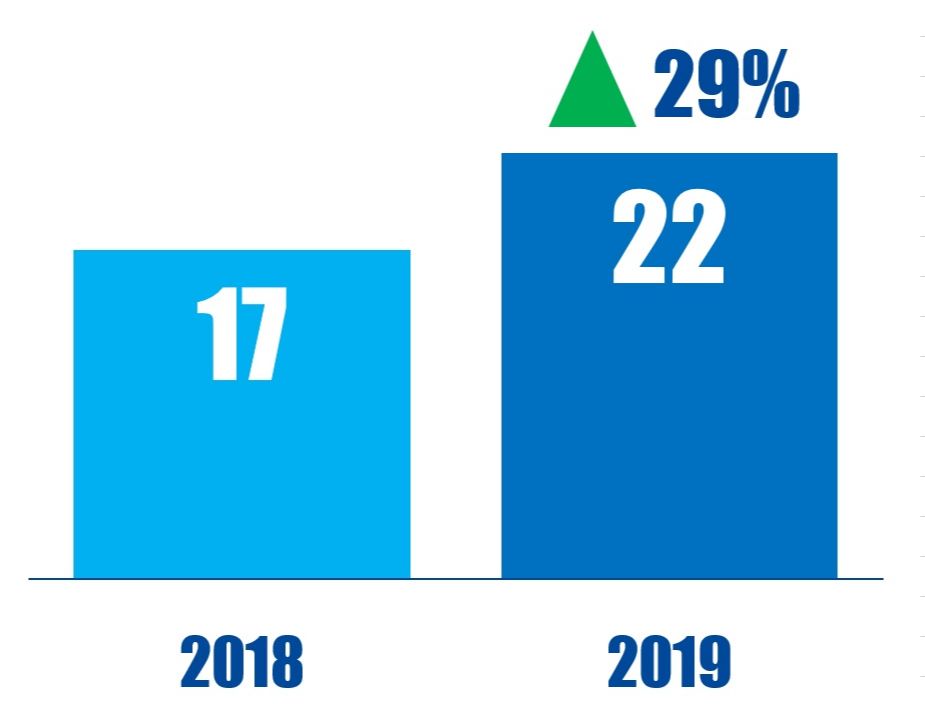