Whitney Tilson’s email to investors discussing the commentary on Tesla on the VIC message board on demand collapse and financial engineering.

Some good commentary on TSLA on the VIC message board. I think today marks the beginning of the end for the stock, if not the company…

How confident are you that one of Musk’s BOD cronies won’t take the CEO job?

Re: Re: Re: Demand Collapse Secured

Because 1) TSLA's retail flock will be hard to keep without Musk fully in charge (without Musk what is Tesla other than a shitty car company?), and more importantly 2) any new CEO is going to reveal all the skeletons in Tesla's closet. There are a lot of reasons to believe TSLA has been engaging in very aggressive (if not outright fraudulent) accounting (just look at how they account for the gigafactory hiding the capex for it through financing leases in the cash flow from financing portion of the cash flow statement or how TSLA capitalized its unsellable car inventory onto its balance sheet instead of writing them off on the income statement.) Many of TSLA's vaporware products like FSD and solar roof are way behind schedule to the extent they exist at all. Elon took real money selling these products that still doesn't exist years after they started being "sold." Elon needed the cash so an extra ~$5,000 from suckers in pure cash gross profit for FSD was worth perpetuating a lie. A new CEO would want to come clean on all of the frauds within the first few weeks of coming on board. The stock is likely to plunge as the depth of the fraud is revealed.

If TSLA does a capital raise, the question is what are the terms. At this point, TSLA would likely have to preannounce with specifics if it wants to do an equity offering. Q1 is a bloodbath at this point (with the new charges for store closures and mass firings losses are likely well over $1 billion and revenues are likely to be down 25%+ QoQ from Q4.) I highly doubt if TSLA announced an equity offering on Monday, they could price it above $200/share. So long as Elon and his cronies are on board they are not going to allow an equity offering which would result in them losing control of the float and therefore materially increase the risk of musk being margin called to occur.

My favorite data point from yesterday was that they cut the prices in percentage terms on multiple vehicle types by more than their Q4 vehicle margin. Basically they're implying that they need to sell cars at a loss and hope to make it up in volume...

If they only sell 40k M3 (looking harder with a huge gap to cover in 30 days), there will be over a $2b working capital unwind of about $1b each on payables and inventory. That doesn't even include their take-or-pay with Panasonic.

After paying the convert, they may not have enough cash left to even pay for meme review... Will they pay the convert that's due today?

Inside Evs (who are notoriously optomistic in their estimates) is out with its February estimate for electric vehicle sales. 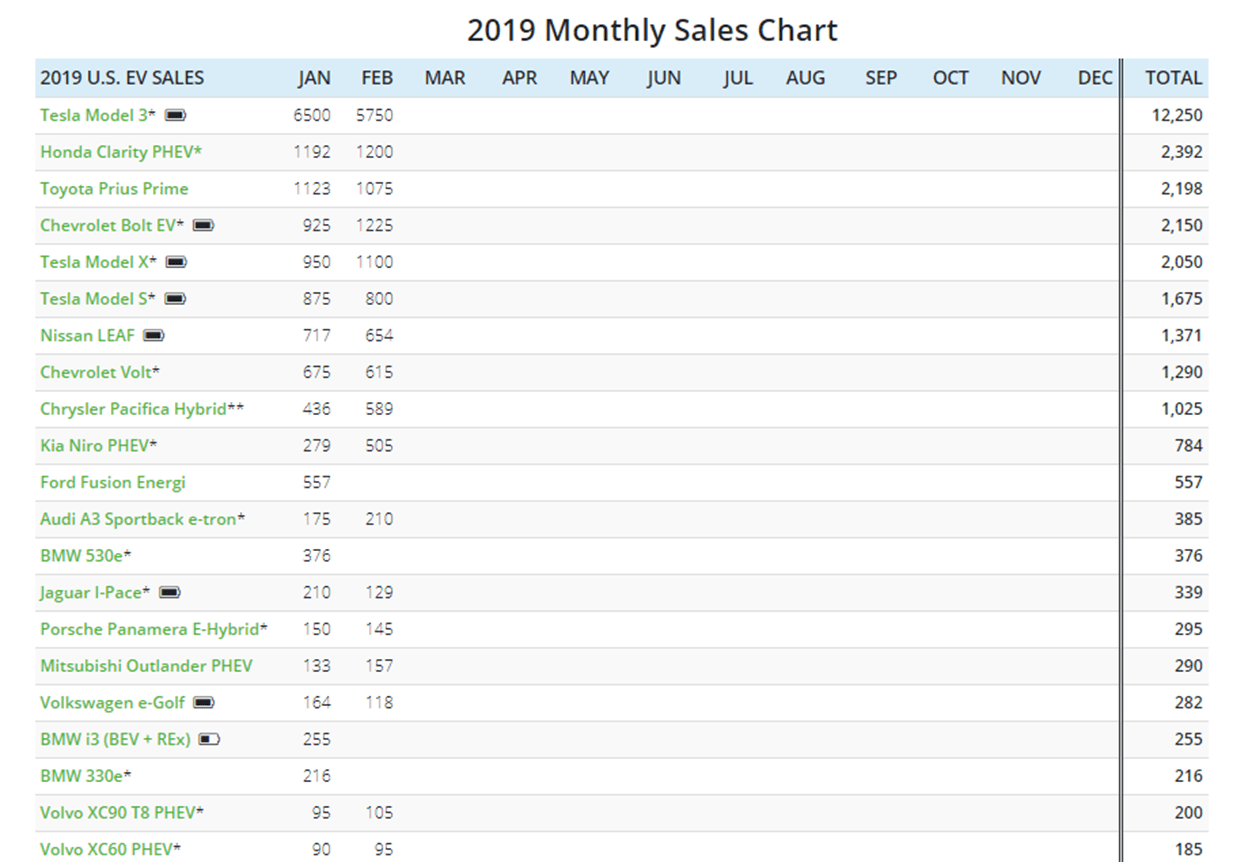 Data out of Europe suggests that Model 3 sales in Europe are around 2,000 units YTD. 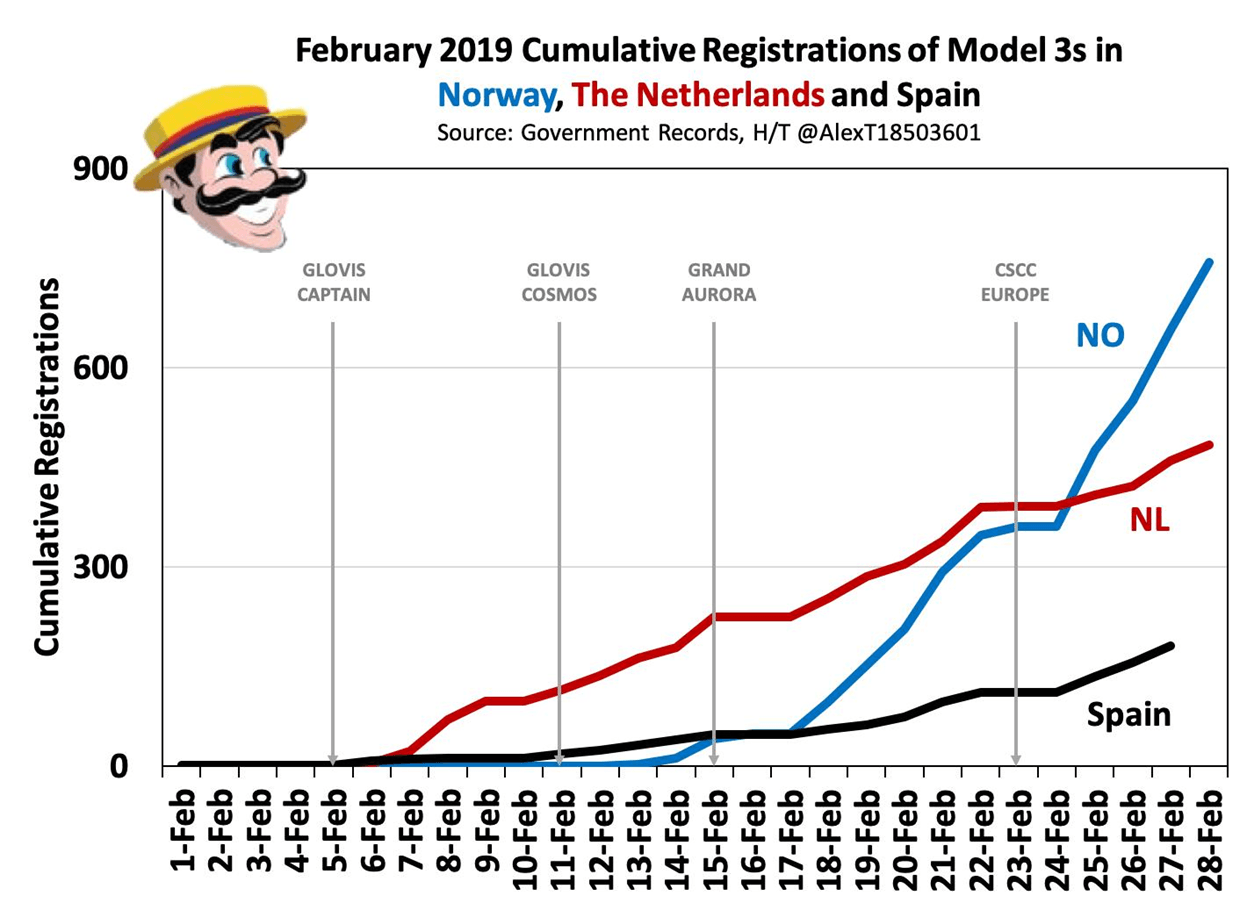 If you assume that China is roughly similar to Europe, that would imply ~2k units in China or ~14k total Model 3 Sales YTD. If TSLA has been producing Model 3s at a 4,000/week rate, this would imply that inventory has built by ~22,000 units or almost $800 million quarter to date. No wonder the company is desperate to move products now. Also this may imply that TSLA has under $1 billion in on balance sheet cash once the convert is paid off.

It appears TSLA will be lucky to have 40k Model 3 deliveries in Q1.

The panasonic executive who signed the gigafactory agreement with TSLA resigned (was fired?) yesterday. I wonder why the guy who spent billions of dollars building a gigantic factory in the middle of no where in exchange for purchase committments from TSLA that have had to be renegotiated several times already would decide to retire now?

Also the price of the Model S P100D (TSLA's highest end model) had its price dropped by 60,000 euros in France yesterday. It's almost as if they are doing an everything must go inventory liquidation sale right at the same time as the convert maturity. Hmmm. I wonder why? Also, I wonder if the Model 3 is cannobilizing sales of the higher end models? Hmmm........ 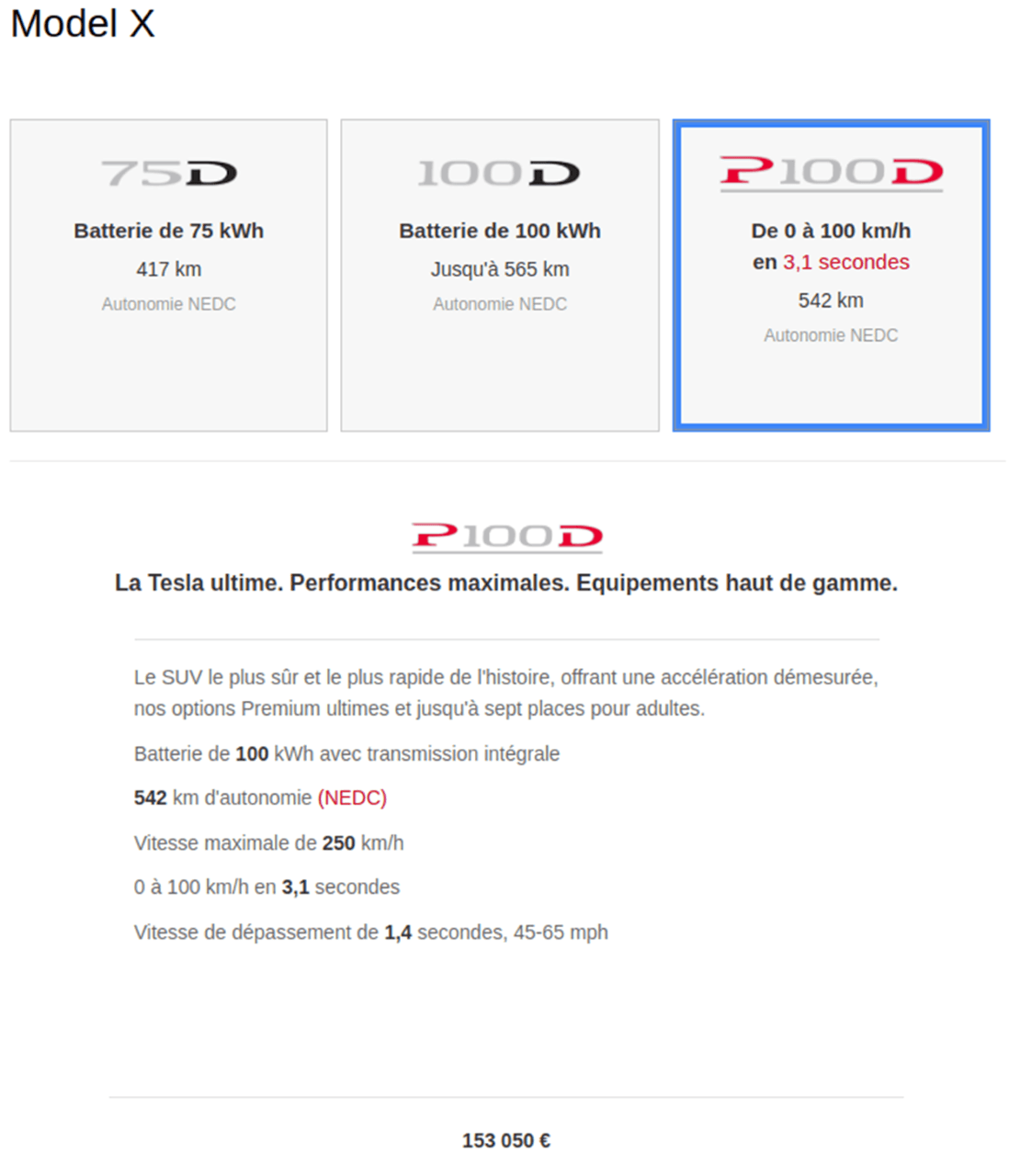 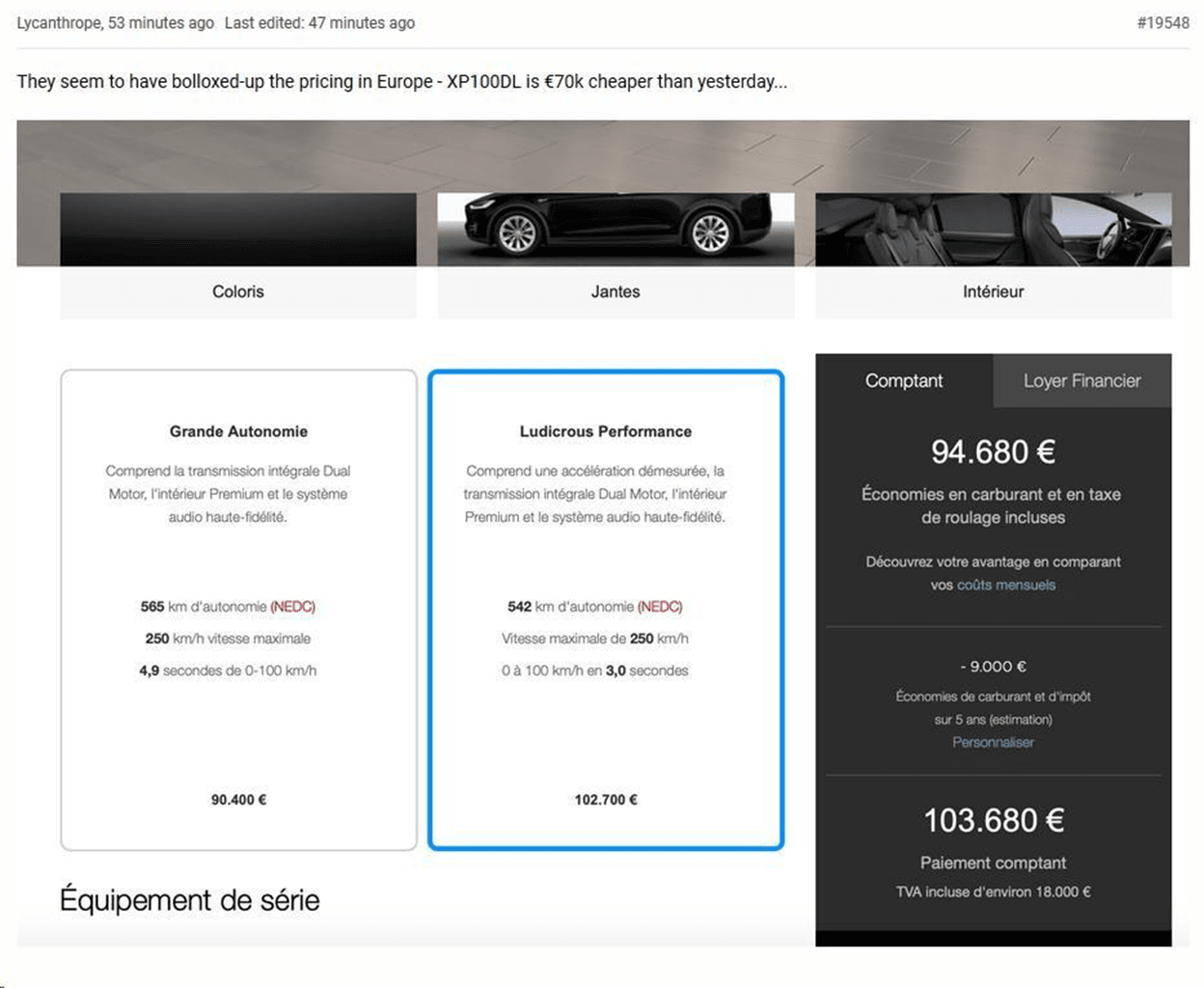 Not to be outdone, the price of every model has been cut in China with a 34% price cut for the highest end Model S. 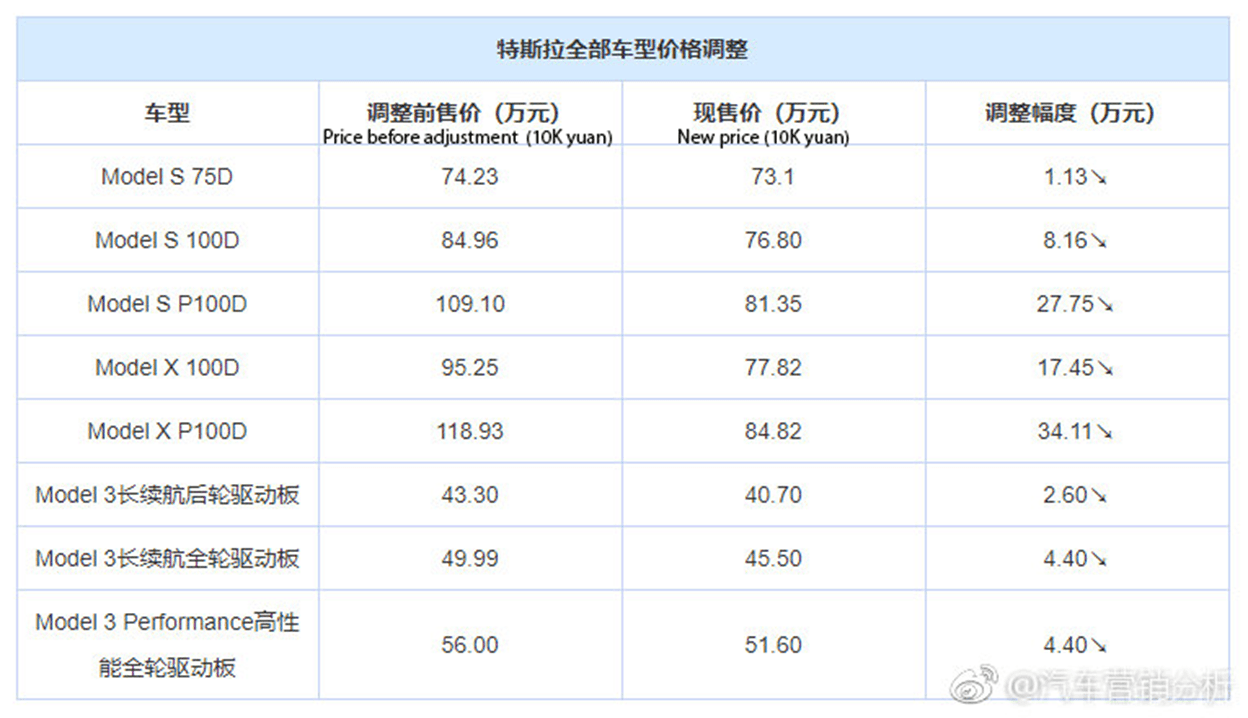 Margins are going to be atrocious. This is an inventory liquidation fire sale in order to shore up the balance sheet.

465 - jcoviedo.. Since TSLA’s ramp of the Model 3 has been going slower than it and Panasonic’s original expectations, TSLA doesn’t really have the demand at present order rates for all the batteries it is obligated to purchase this year. TSLA needs something to catalyse vehicle increased demand in order to have somewhere to put all these batteries (better to make a car at little to no gross margin than have to store all these batteries which have a high propensity to explode -- maybe that’s why there have been 5 fires at the Fremont factory in the last 2 years?)

Musk needed to change the news cycle and a good old fashioned half assed product reveal was probably the best idea he could come up with.

Meanwhile, Musk appears to be very tight on personal liquidity at the moment. According to Bloomberg, at some point in 2018, Musk asked Morgan Stanley if he could borrow against his Spacex shares (they refused.) In December, after Spacex’s attempt to raise $750 million in new equity had failed, Musk was forced to find the money to prop up Spacex’s stretched balance sheet. The WSJ’s revelation that Musk had embezzled almost $100 million from Spacex to pay for the Boring Company’s demonstration tunnel had turned off other possible sources of capital. Desperate to find money fast, Musk mortgaged five of his California homes to for over $61 million in the middle of December (https://www.bloomberg.com/news/articles/2019-02-22/elon-musk-turns-to-morgan-stanley-for-five-monster-mortgages ) 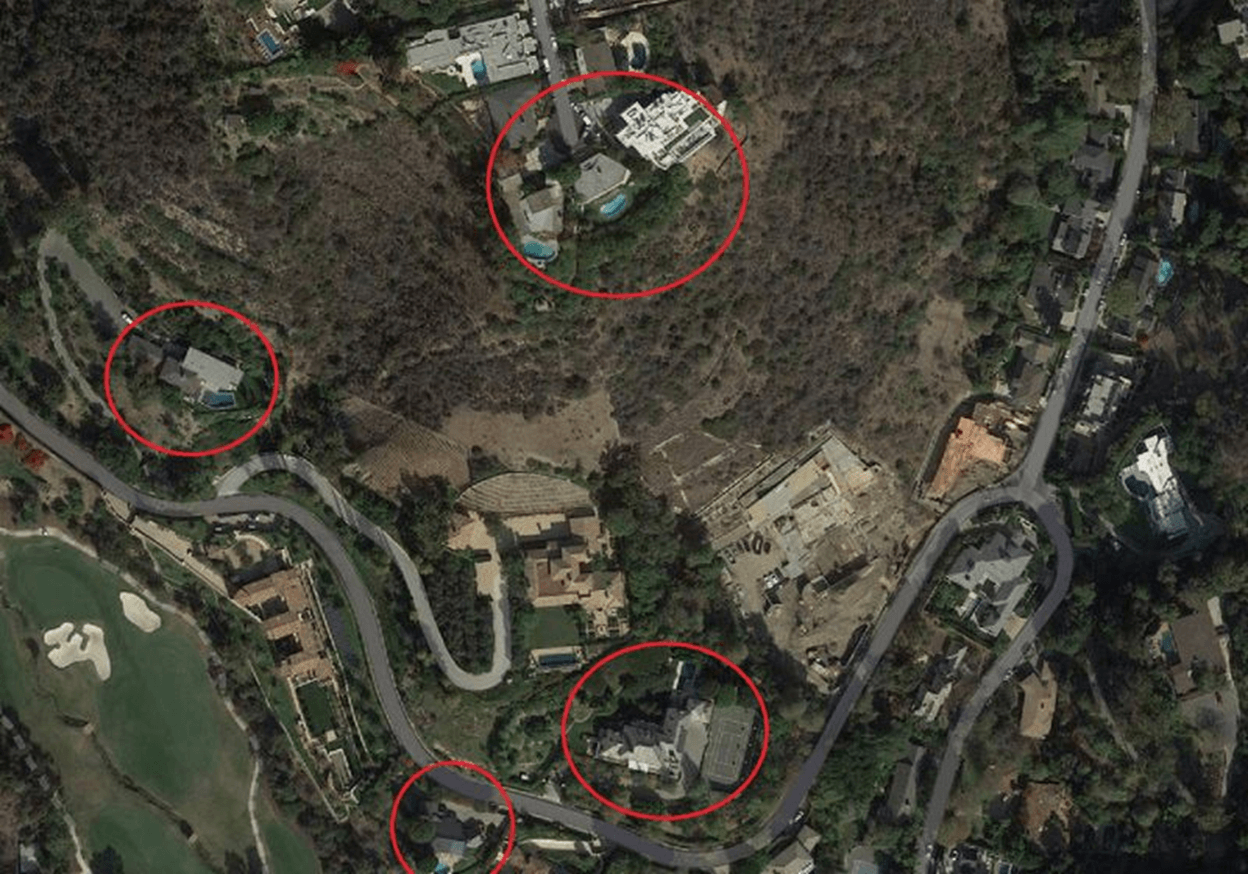