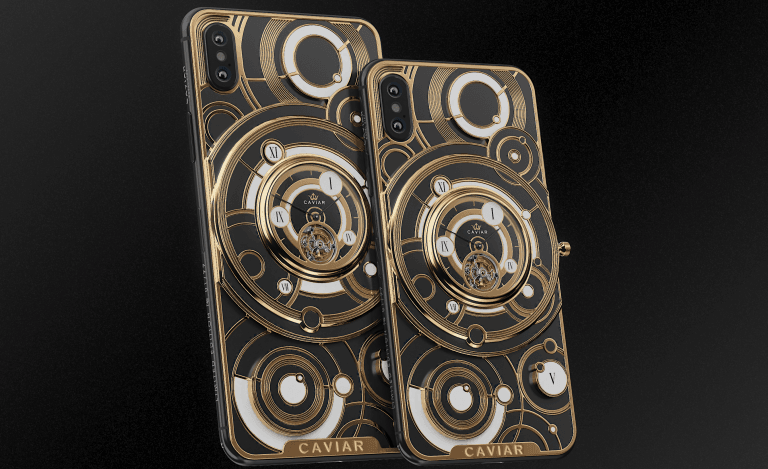 Luxury brand of smartphones Caviar introduced new iPhone XS in the collection “Grand Complications”. The model is “complicated” not only with a watch mechanism, but also with the main value and achievement of the watch world – a tourbillon.

Keeping finding an inspiration in the traditions of watch complications, Caviar went further than the idea to combine a mechanic watch with a smartphone and developed a unique model, where the modern iPhone XS is complemented with a tourbillon – a mechanism providing the perfectly accurate time reckoning thanks to the leveling of the gravity impact on the watch work. 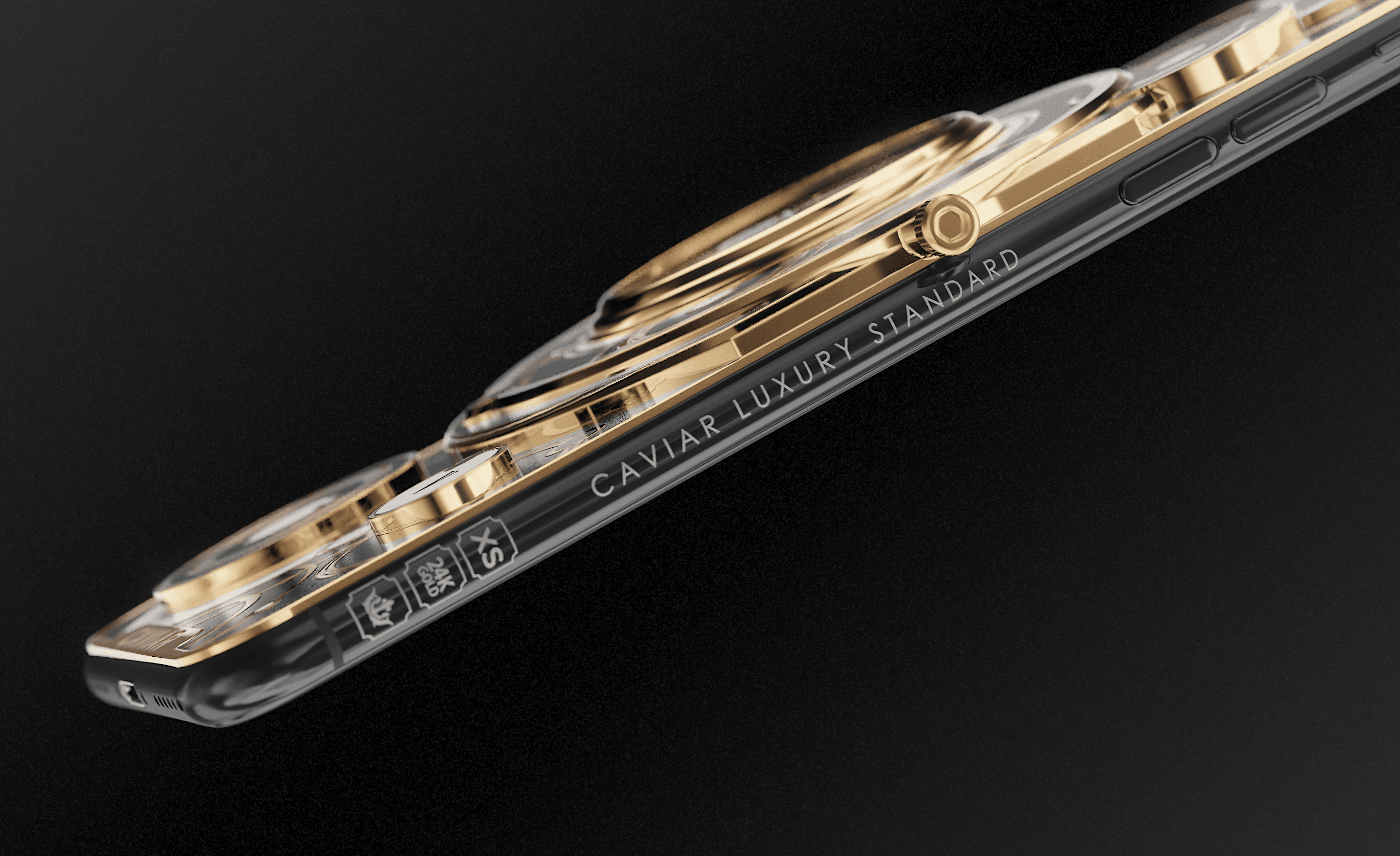 The Grand Complications Collections is the most technically complicated and unusual Caviar collection for today, as its idea is the “complication” of iPhone XS with the mechanisms and elements that give the brand new functionality to the device. This unusual alliance demonstrates a meeting of innovations and traditions, classics and technologies and intensifies both ideas mutually – both the modern achievements and the heritage of the past.

Tourbillon is indeed a special height in the watch world – a tiny mechanism, called “vortex” in French, with its movement compensates the gravity error in the accuracy of the clock rate and ensures the perfect preciseness of the time reckoning. 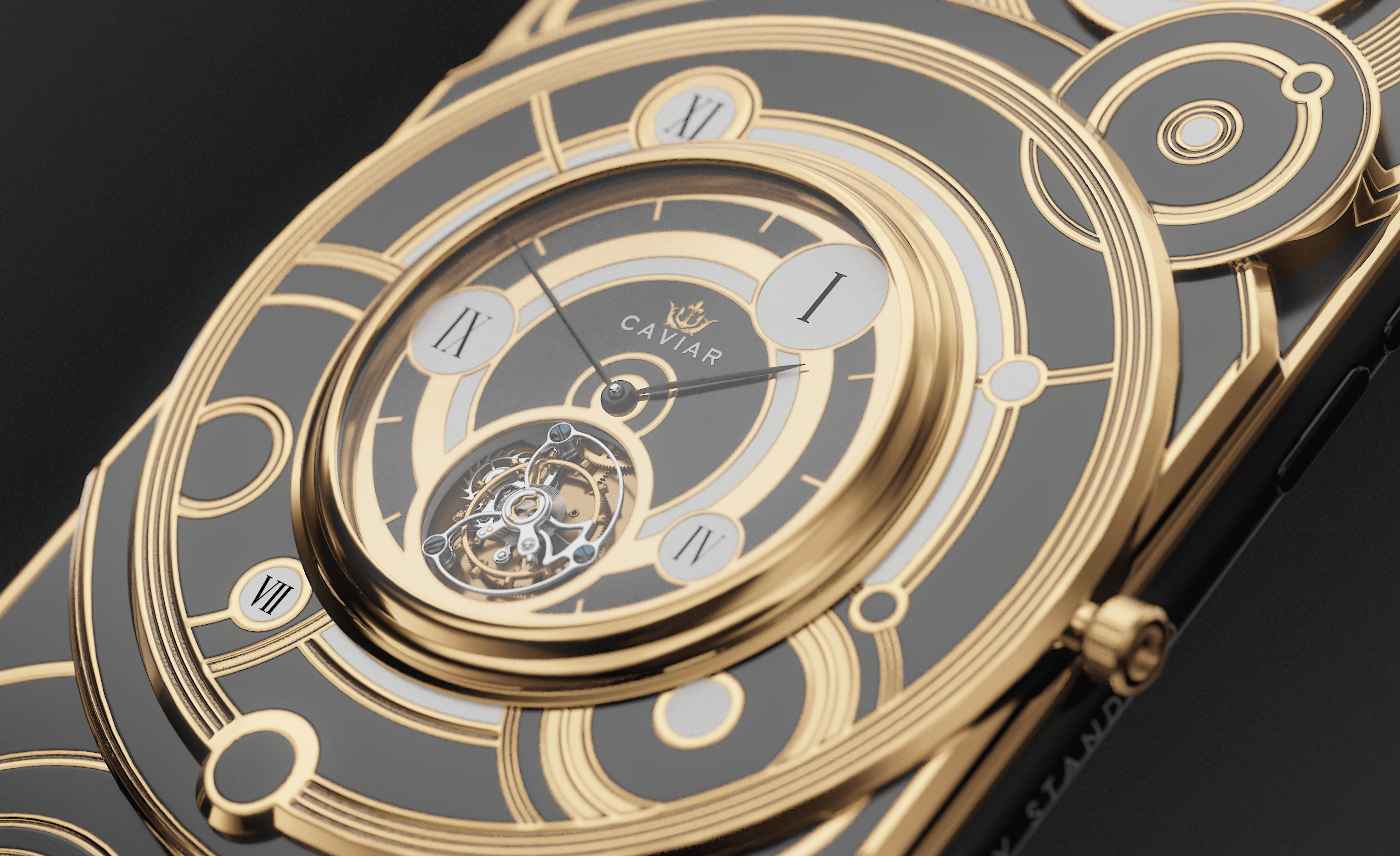 The design Caviar Grand Complications Tourbillon is inspired by the synthesis of the astronomy, physics and philosophy and presents stylistically rethought images of planets with their orbits. To embody the design, the composite stone of black and white color, as well as gold covering were used; the spectacular geometry transforms the body’s space and gives unique inner logic to it.

In the center a clock face is located; the hour marks are applied in form of Roman numerals, and some of them come out of the face’s border and surrealistically “fly” around becoming a part of the orbit of the depicted planed. In the “six o’clock” position the tourbillon opened to eyes is placed.

The smartphone’s body is complemented with a mechanic watch with a manual winding (19 stones, 28 880 vph) with the power reserve of 30 hours.

The mechanisms are developed according a special order for Caviar by a well-known European manufacturer whose name has not yet been disclosed.

Model Caviar Grand Complications Tourbillon released in limited edition, will be released only 99 copies. The cost starts from $8 350.

Also, it should be noted  in the Swiss watch industry the average price for a model with tourbillons is a figure of 15,000 francs. Therefore, the price set by Caviar is unique to this kind of product. The brand plans to present its development at the exhibition in Basel.