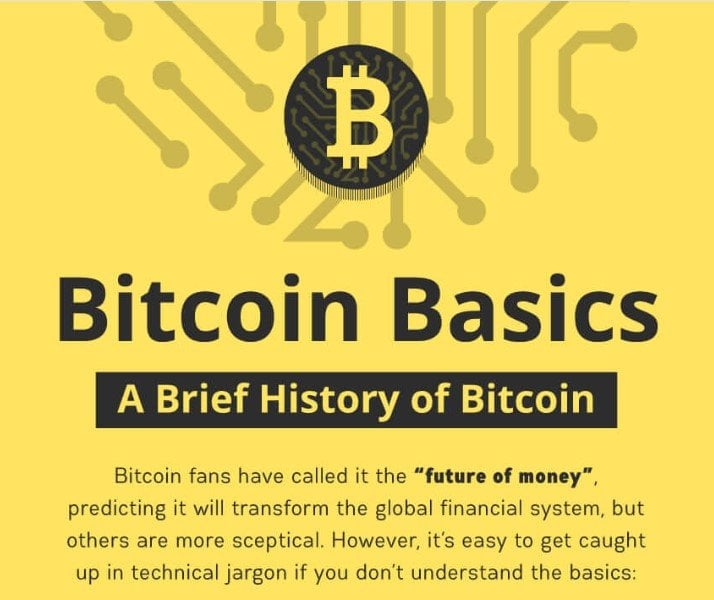 Bitcoin has been called a lot of things.

Fans of the cryptocurrency see it as the future of money, convinced that it’s on track to shake up the world of global finance.

For others, it is met with great skepticism, and understandably so. For a lot of people, it is often associated with the dark web and with it, assumptions of criminal activity. For the average person, the subject of cryptocurrency is filled with technical and financial jargon. This often exacerbates peoples skepticism, especially when you have little to no knowledge of the basics.

One undeniable fact about Bitcoin is that it has been everywhere. Regardless of how well-versed you are in crypto-speak, no one has been able to escape talk of Bitcoin since 2017. It was in this year that Bitcoin’s value peaked at $20,000 value which lead to a endless discussion and debate in the press and media.

Cybercrime solicitors Cartwright King, have compiled an easy to follow infographic, guiding you through all you really need to know to understand Bitcoin.

What Exactly is Bitcoin?

The thought of a solely virtual currency might sound like a difficult concept to grasp, but this is the beauty of Bitcoin. Bitcoins are essentially bits of computer code. These codes represent monetary units of value.

The prices aren’t controlled by countries or banks- it’s set by the open market. It is simply controlled by what people are willing to buy and sell them for.

Bitcoin has been around over 10 years now, and it’s definitely taken an interesting
evolution since then.

The original Bitcoin domain was first registered in 2008. Following the movement’s unveiling in a white paper outlined by Satoshi Nakamoto (an unrevealed pseudonym created for a person or group of people involved), it was described as “a purely peer-to-peer version of electronic cash would allow online payments to be sent directly from one party to another without going through a financial institution.”

By 2009, the first batch of the cryptocurrency was officially issued. At this point, Bitcoin officially had an online presence and network. Just 50 Bitcoins were released every 10 minutes. At the time, they were free to participants who were willing to help update and maintain the Bitcoin ledger. This is commonly referred to as Blockchain.

So, to keep this as simple as possible – anyone who wanted free Bitcoins had to maintain the ledger. This would be done by processing any recent transactions. Processing these transactions would then generate a brand new Bitcoin code, which participants competed to solve, in a process known as ‘mining’. The first person to process and certify all the transactions in one ‘block’ then won the Bitcoins.

The users of Bitcoin were free to do what they pleased with the coins. They could distribute them to other users who had a Bitcoin address, or they could keep them for themselves. Luckily for them, distributing bundles of Bitcoins at the time was free of charge. Now, it could cost upwards of thousands of dollars!

In its simplest form, mining is the process of obtaining cryptocurrency. Without miners processing and storing transactions on the blockchain, Bitcoin would not be in operation.

Anyone who’s registered to Bitcoin can “mine”- but what is the process?

Here are the steps to “mining” successfully:

With the right set up – all this can be done in just a few seconds!

There are currently 11 million Bitcoins in circulation, and once they hit their projected target of 21 million by 2140, no more of these will be released. Currently, Bitcoin is accepted as a legitimate form of currency across thousands of companies. With such a piqued interest, the Bitcoin craze will only further revolutionse the way we spend our money.