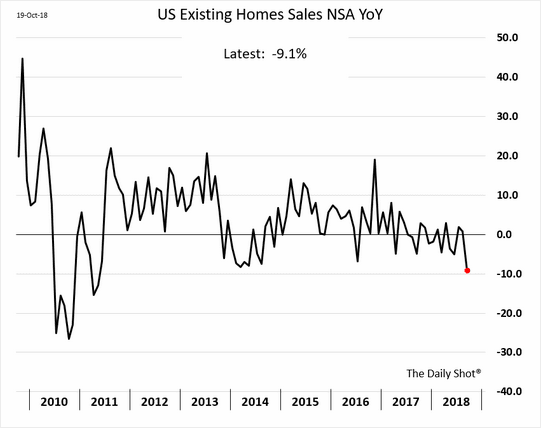 Excerpt from Stanphyl Capital’s letter for the month of October 2018 discussing the impact of low interest rates on the earnings multiples and the housing market.

As noted in recent letters, through this entire bull market low interest rates were used to justify egregious earnings multiples on stocks, as well as creating those earnings via cheap mortgages, auto loans, debt-financed stock buybacks, etc., and yet now those rates are climbing. The result will be compressed corporate earnings multiples and a slowing in the all-important housing market… 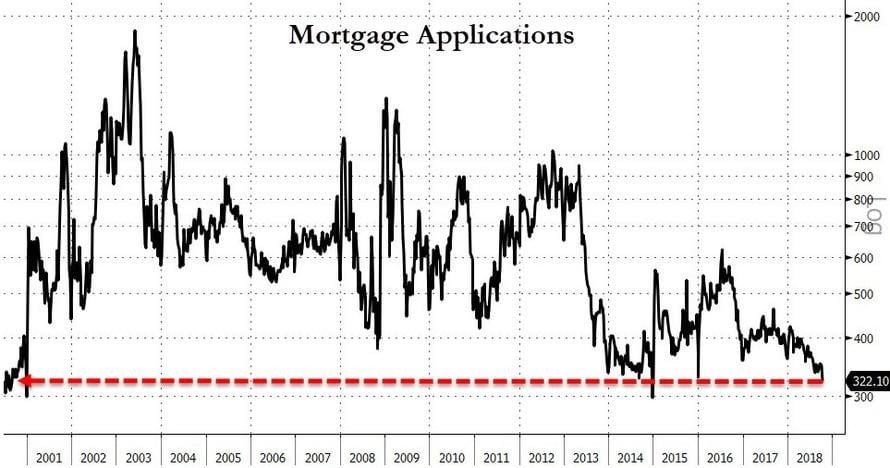 …and in auto sales… 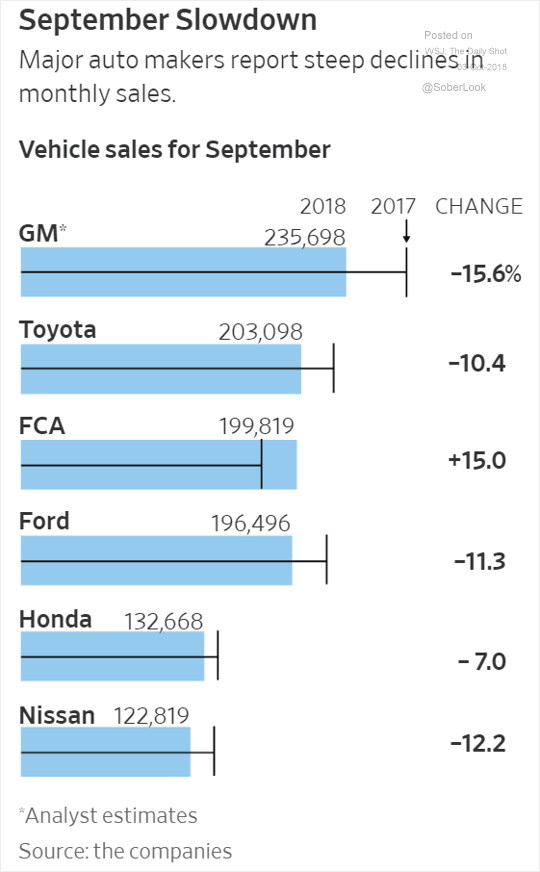 …while the liquidity withdrawal of the Fed’s quantitative tightening continues, with an October increase in the roll-off to a targeted $50 billion a month (although it’s running slightly lower due to fewer mortgage refinancings). Also in October the ECB cut its monthly printing from €30 billion to €15 billion and will eliminate it entirely in January. (See additional color later in this letter re our BNDX short.) The 10-year U.S. treasury yield has definitively broken its long-term downtrend and now sits at over 3.1%, at least in part due to a soaring budget deficit causing a record amount of issuance, while the 2-year yield of over 2.8% handily bests the S&P 500’s approximately 1.7%, thereby presenting an attractive alternative to an index priced at approximately 22x trailing GAAP earnings. Meanwhile, a nearly flat 2-10 curve and recent slowing in global and U.S. growth… 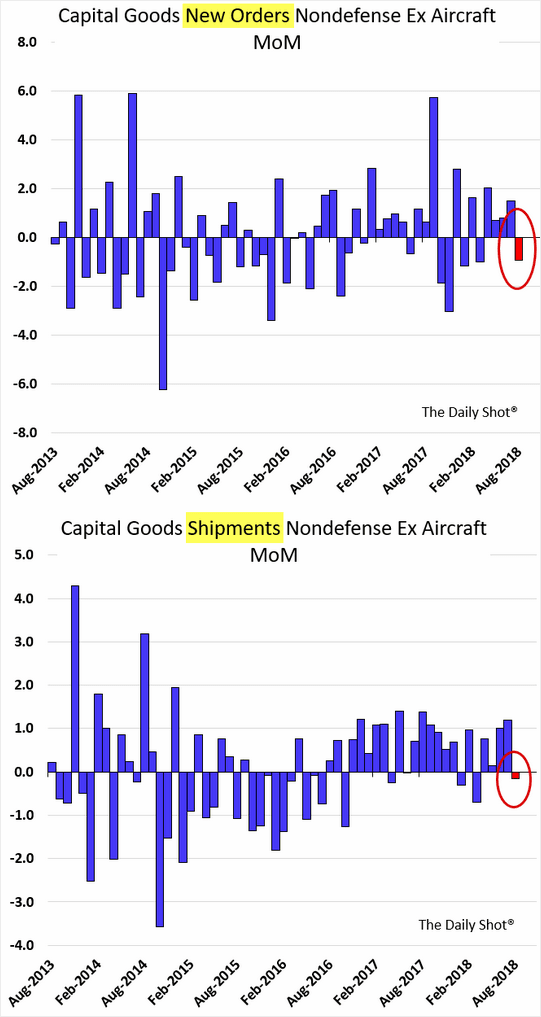 …and ongoing trade wars are indicative of a looming economic slowdown beyond the housing market cited above, while steady inflation and the aforementioned budget deficit may mean rates continue to rise, thereby compressing profit margins and increasing corporate defaults. Stocks should soon begin pricing in 2019 earnings and compared to 2018—unlike 2018 vs 2017—they won’t be advantaged by year-over-year tax cuts, making for much tougher comps. Thus, I continue to believe that the catalysts are here for the high-multiple stock party to end.

Thus, although we booked some profits in this month’s Russell 2000 plunge and thus reduced the position size (I’ll likely enlarge on a significant rally), we remain short that index (via IWM), which—despite this year’s tax cuts and fiscal stimulus and October’s big correction—still has a trailing GAAP PE of nearly 50 and a near record-high debt-to-EBITDA level of 3.5x (vs. 1.8x for the S&P 500). Again, I’d far prefer to be buying microcap companies than shorting them, but I’m a deep-value guy and in this environment I’m still not seeing any deep (or even shallow) value out there. When it returns we’ll be the guys with the lowball bids that are suddenly getting filled.