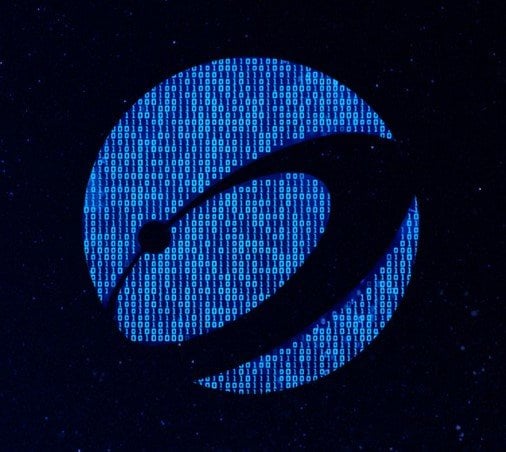 Colin’s first build was a go-kart, a father-son project inspired by his father Jim, and by the competitive spirit and passion for racing which they both share. Growing up with a man who is literally a rocket scientist has given Colin an undeniable drive to push the limits of his mind, and the boundaries of the technologies he has invented and continues to build to this day. Both are engineers, entrepreneurs, and philosophers, and they have decided to combine forces to make a positive impact on the world in ways no one has ever done before. This is the story of a father and son team, Jim and Colin Cantrell, who are destined to change the world by connecting humanity through technology.

Today, Jim has an impressive career in aerospace and is forging the way for the commercial space industry through his company Vector, which specialises in building small rockets and launching micro-satellites to fulfill the needs of both companies and individuals. His journey began in the midst of the space war between the United States and the Soviet Union during which he worked with the French, Soviet, and American space agencies. At the conclusion of the Cold War, Jim found himself back in the U.S., but the fight was far from over as governments around the world had to deal with the economic and military fallout from the collapse of a world superpower. Jim was in the trenches of this transition, and, in fact, was in Moscow when Yeltsin took over as the first president of the new Russian Federation.

In 2001, he was approached by Elon Musk, who decided that his mission was to “make humanity a multi-planetary species”. To accomplish this, Elon needed Russian rockets and enlisted Jim’s expertise in Soviet technology. The two men, along with a brilliant band of ‘Space Cowboys’, set out on a journey to build SpaceX. While Elon’s direction was clear, Jim had dreams of his own, and a year later he left SpaceX to establish Strategic Space Development, a consulting firm that provides strategic planning and new business development for aerospace and defense industry clients. Over the next few years, Jim’s continued work with government agencies, such as NASA and the NSA, led him to become a conscientious objector to the actions of these agencies. Inevitably, Jim gave back his security clearances and left the space industry in his rear-view mirror to pursue his life passion for racing cars.

During his sabbatical, the microsatellite industry grew, and Jim saw the opportunity for disrupting the previous industry standards set forth by government-led space initiatives. Vector has become instrumental in this process. Launched in 2016 with prominent industry leaders John Garvey, Ken Sunshine and Eric Besnard, the company has set out to connect space startups and innovators with dedicated, affordable and reliable launch services, enabling platforms and vehicles to access space efficiently and in a more optimized way than ever before. Their revolutionary business model includes micro launch vehicles, programmable satellites, and all-inclusive launches into Lower Earth Orbit (LEO).

Jim, like any distinguished entrepreneur, is dedicated to doing his part by making changes that impact humanity in meaningful ways. As he transforms the world of space and makes it more relevant to the average person, his son Colin is doing the same thing on Earth, through a blockchain and cryptocurrency called Nexus (NXS).

Colin has been interested in coding and space advancement since he was very young. He learned Visual Basic programming language at age twelve, and by sixteen he was already designing rockets with his father. Now, at twenty-seven, Colin is a hardware and software inventor, musician and philanthropist who is determined to bring positive change to the world. In his spare time he composes symphonies and supports local art communities in Arizona. His love for mechanical and software engineering has led him on a largely self-taught journey, and through Jim’s network, he has always been surrounded by brilliant mentors. He often tells stories of spending time with Buzz Aldrin and other astronauts while waiting for his father to finish work.

In 2013, Colin discovered cryptocurrencies and was fascinated by the blockchain technology that powered them. “You just know when something is the future, you just have that feeling, and I knew that immediately,” he said in an April interview with The London Letter . An idealist at heart, he believes in Satoshi’s vision of a free and prosperous world, and looks up to the prominent figures in the cryptocurrency community such as Jeff Garzik, founder of SpaceChain, and Andreas Antonopoulos, a Bitcoin evangelist, both of whom share the same outlook.

Colin dug into the Bitcoin Whitepaper, learning everything he could about the technology while participating in the community. In 2014, the cryptocurrency market was riddled with controversy and skepticism as more projects entered the nascent crypto economy. Colin was committed to keeping the original ethos of the movement, which is to keep people’s wealth secure and decentralized from corrupt third parties. He also saw the improvements that could be made to take blockchains to the next level. He began by fixing bugs and inconsistencies in the original code, and then developed a hybrid blockchain using a combination of proof-of-work and proof-of-stake channels. He saw a new future for the entire industry, and recognized a way to build a better foundation for a more long-term and consistent model. From this inspiration, combined with community organization and collaboration, Nexus was born.

Nexus is a movement to connect and empower people around the world. It is the next generation of blockchain technology, focused on developing a fully decentralized and distributed peer-to-peer network, a quantum-resistant and scalable ledger protocol, an advanced contract platform and a digital cryptocurrency. NXS aims to decentralize software (through the 3-dimensional chain), hardware (through the cubed satellite mesh network), and organizational structures (Distributed Autonomous Communities), for a truly distributed ecosystem.

Originally mined from the Genesis block on September 23, 2014, NXS was created to improve the speed, scalability, and security of distributed ledgers along with expanding accessibility to the benefits these ledgers provide. Right now, the Nexus blockchain is a hybrid of two mining channels and one proof-of-stake minting channel. It utilizes two quantum resistant algorithms for extra security and private keys that are two times larger than Bitcoin’s. Over the next few years, NXS will upgrade its blockchain into a 3-dimensional chain, a structure that allows on-chain scalability, limited only by the number of nodes on the network. The first upgrade, Tritium, is being developed this year and will include an identity and reputation system, the basic foundation of a contract platform, and a new wallet interface, as well as other enhancements.

The satellite mesh network in Lower Earth Orbit (LEO) will provide global access to the NXS currency, and a reliable, autonomous and affordable internet infrastructure. Specialized ground stations will allow uncensored access to the satellites, and both networks will host a variety of distributed applications and services. Once the hardware designs are finalized and open source, individuals will be able to add their own satellites to the network constellation and profit from their space capacity.

Both father and son have a contrarian spirit, and anyone who meets them can quickly see that they are free-thinkers who don’t believe in failing, no matter how grandiose their vision. They are intelligent, dedicated doers with a lot of love and compassion for humanity. They both strive to create innovative technologies that inspire people to connect in new and beneficial ways without relying on central authorities. At the 2017 Nexus Conference, Jim and Colin came together and presented the possible future they see us heading into. A few short months later, Nexus announced its partnership with Vector: the father and son duo were bringing cryptocurrencies to space!

Nexus is a unique use case for Vector’s GalacticSky software-defined satellite platform, while Vector offers NXS the opportunity to decentralize the hardware as a match to its decentralized and distributed blockchain software. Vector also accepts NXS for rocket launches. The first 1U satellite is already assembled with plans for a launch in March 2019.

“The capabilities provided by the GalacticSky platform, combined with the flexibility of Vector’s launch model, bring us one step closer to accomplishing our mission of providing the world with a decentralized currency that can be accessed virtually anywhere, anytime,” said Colin at the start of the partnership.

By utilizing a satellite virtualization platform through GalacticSky, Nexus can distribute the different layers of data distribution across multiple satellites, providing enhanced reliability and performance. This mesh network is a crucial part of sustaining the long-term utilization of blockchain technology, and will be built by those who want to participate in collective efforts.

Bringing Decentralization and Connection to Humanity

Decentralization and connection are the two evolutionary pillars that have sprung up from the blockchain revolution. They represent the free flow of energy through consciousness: the transfer of information between humans, the transfer of data between machines, the relation of events and the movements of Nature. It is fitting that both Nexus and Vector are creating disruptive technologies that connect people in new ways, moving away from inefficient centralized structures, and pursuing privatized free-market solutions.

Jim and Colin are the visionaries who are designing these new systems, none of which would be possible without the teams and communities who are supporting them in these endeavours. When people apply their skills to their passions and collaborate together, their accomplishments are limitless, and, after all, that is what space exploration and technological advancement are all about.

To learn more about Nexus and Vector, please visit www.nexusearth.com