Value investors have been waiting patiently for their time in the sun, and it finally arrived in the third quarter. Data from Bank of America Merrill Lynch indicates that value funds significantly outperformed growth funds. Value funds have two tech bigwigs to thank for their outperformance, and maybe not in the way you’re thinking right now.

Many of the hedge fund letters we covered in the first half of this year shared some similar themes. Value fund managers have been expecting the markets to shift and begin favoring their strategy for months, and it finally happened for a longer period than just a couple of weeks.

BAML strategist Savita Subramanian and team released their third-quarter report on active fund manager trends this week. After adjusting for the changes to the Global Industry Classification Standard, they discovered that Communication Services is the most crowded sector among active hedge funds. In fact, they found the sector to be close to a new overweight record among funds looking back to 2008.

After the changes to the GICS, Facebook and Alphabet—both very crowded names—moved from Tech to Communication Services. That accounts for the dramatic increase in overweight positioning for the sector. Meanwhile active managers’ exposure to Tech declined slightly.

According to BAML, it isn’t just the internet names which are increasing the crowding risk in the Communication Services sector. The firm’s strategists found that both Media and Entertainment are close to record positioning levels among large cap fund managers. The only subsector in Communication Services that active funds were underweight during the third quarter was Diversified Telecommunication Services, which was considered to be the Telecom sector before the GICS shift pulled the other subsectors under the same umbrella.

The big surprise: Apple takes a bite out of growth funds

As value hedge fund managers have been promising for months, the stock market finally shifted in their favor. What was particularly interesting was the fact that it wasn’t that the entire Tech sector fell out of favor in the third quarter. Rather, it was a simple matter of individual stock selection causing value funds to come out ahead of growth funds. 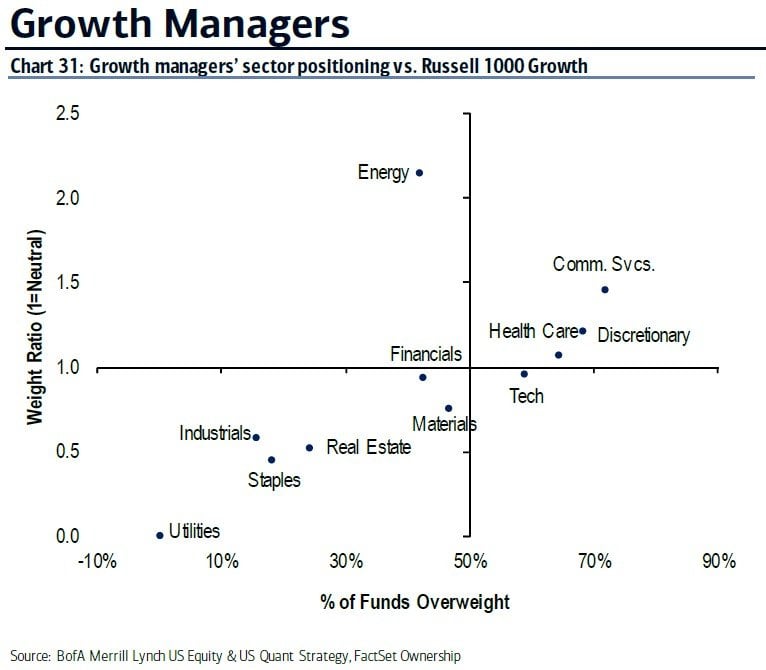 Meanwhile 55% of value funds outperformed during the third quarter, and once again it was all down to stock selection.

Traditionally, value investors weren’t big into the Tech sector, but that has been changing in recent years as legendary value investors like Warren Buffett have bought Apple and a few other Tech names. The third quarter brought out this trend even further, as BAML found the Tech sector to be a boon for value funds in the third quarter. In fact, the firm found Tech to be the sector which generated the most alpha for value funds during the quarter.

The big winner for value funds in Q3 was their overweight in Microsoft, which added almost eight times the alpha generated by the funds’ overall allocation to the Tech sector. Value positioning on Apple was not made clear, but we do know Buffett has been adding to his stake in Apple gradually. It’s pretty unlikely that he’s the only value investor doing so, especially given how big of a role Tech played in value funds’ Q3 performance. 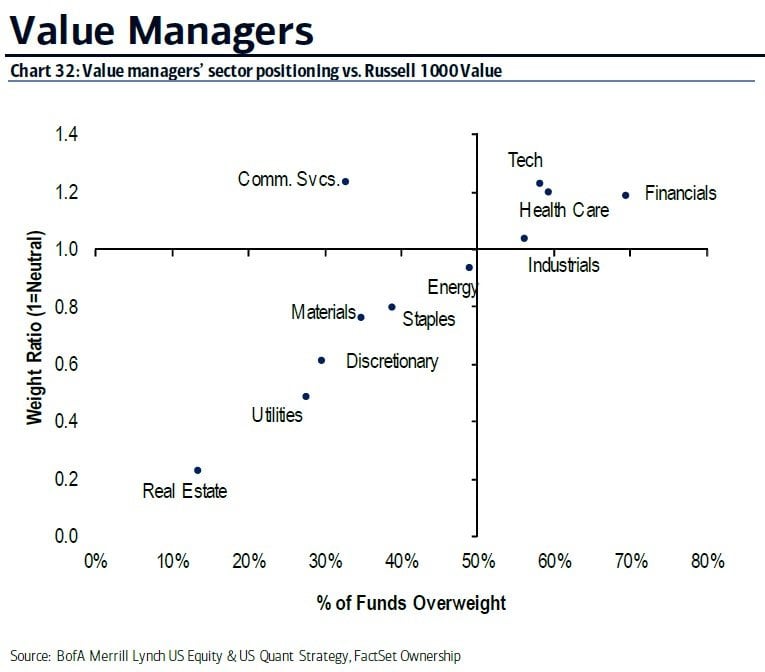