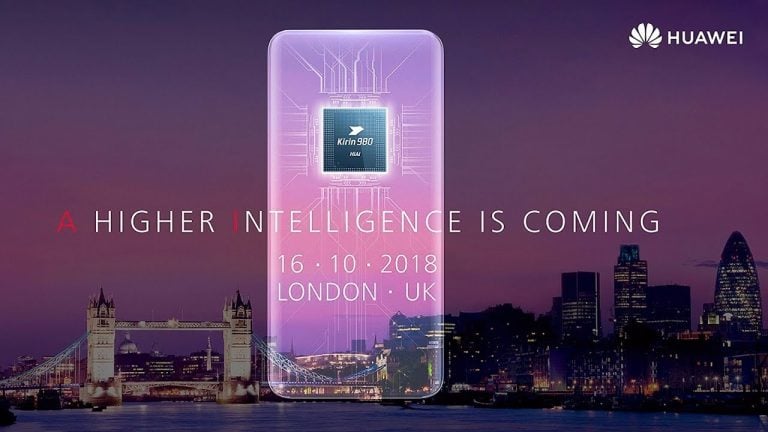 Two new phones are expected to be unveiled at the launch event in London today. We will embed the live stream for the event so our readers can hear about the new features Huawei will announce. The live stream will kick off at 1:30 p.m. local time (8:30 a.m. Eastern).

We haven’t yet seen any official announcement about the phones’ specs, but we expect them to share similarities in specs and design. Nevertheless, we expect the Mate 20 Pro to have more RAM than its smaller counterpart.

The invitation subtly mentions the Kirin 980 processor that will be inside the phones, which Huawei CEO Richard Yu told South African media during the chip’s unveiling. There is also a mention of “higher intelligence,” which is likely something the EMUI 9 Android skin will bring. The Huawei Mate 20 and Mate 20 Pro will run on EMUI 9, according to Digital Trends. We also expect to see more AI-related features on the new smartphones.

We still don’t know the pricing for the two phones. However, a rumor tipped to Gizmochina suggests the Mate 20 Pro will sell for 5,000 yuan which is approximately US$732.  Nevertheless, the rumor hasn’t yet been confirmed by any other source, so we will have to wait a couple more hours.

It’s no secret that the Mate 20 Pro will steal the spotlight at the Huawei Mate 20 launch event. A look at the leaked design reveals a glossy, curvy phone without a fingerprint scanner on the back. Renderings revealed on WinFuture revealed the Mate 20 Pro in three colors: twilight, black and blue.

Another rendering of the upcoming smartphone suggests Huawei will sell a set of AirPods-like wireless earphones, which will be called the Freebuds 2 Pro. The rumor indicates that they will support Hi-Res audio and Google Assistant and be equipped with artificial intelligence that will power up the noise-cancelling feature and make it more effective.

It’s unlikely that the phones will come with these headphones out of the box, so they will probably be sold separately.

South Korean source The Bell reports that Huawei will use 6.9-inch OLED screens from Samsun. The Mate 20 Pro is also expected to include an in-display fingerprint sensor, a feature envied by many smartphone makers and included in the Porsche Design Huawei Mate RS.

Huawei is known for making devices which keep up with Apple’s iPhone and Samsung’s Galaxy series, so there’s little doubt the phones revealed at the Huawei Mate 20 Launch event will be extremely powerful. The phones’ Kirin 980 processor is backed by innovative technology running the latest version of Android, coated with Huawei’s EMUI 9 user interface.

According to GSM Arena, Huawei is taking a step forward in charging too by including a large 40W charger. The Mate 10 already boasted a quick charging feature called SuperCharge and an 18W adapter, so we’ll see how much faster the Mate 20 and Mate 20 Pro will charge.

Are you getting up early for the Huawei Mate 20 launch event? Let us know what you liked the most in the comments.