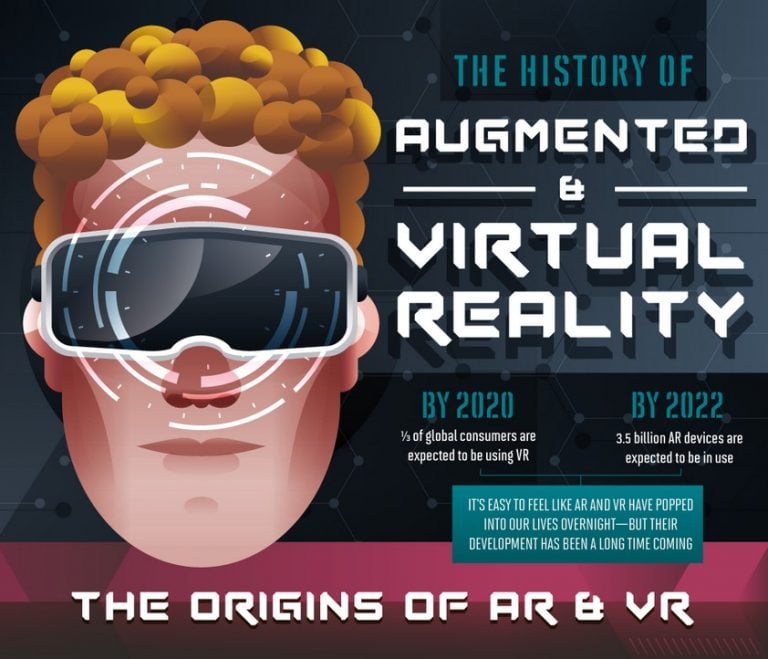 In 2018, it’s easy to think that our virtual reality devices are the culmination of just modern tech. But this is short sighted. The truth is, AR and VR techniques have been in development for over a century, with compounding solutions coming every single year. From being able to trick the eye with simple optical illusions and manipulations to turn of the century innovations, real immersive virtual worlds have been just out of reach – until now.

As early as the 19th century, scientists have been developing ways to trick the eye and by extent, create a different “reality” for users. The stereoscope invented in 1838 by one Charles Wheatstone took advantage of the vulnerabilities of the human eye. This device allowed used a pair of separate images to trick the eye and brain into believing they were seeing a large 3D image through a headset not totally unlike the modern designs we know today. But it was only from the mid 20th century that this area of tech really began to take off; we have the futurist mindset of the 1960s to thank for that.

Bonhoeffer Fund's performance update for the month ended July 31, 2022. Q2 2022 hedge fund letters, conferences and more The Bonhoeffer Fund returned 3.5% net of fees in July, for a year-to-date return of -15.8%.   Bonhoeffer Fund, LP, is a value-oriented private investment partnership for . . . SORRY! This content is exclusively for Read More