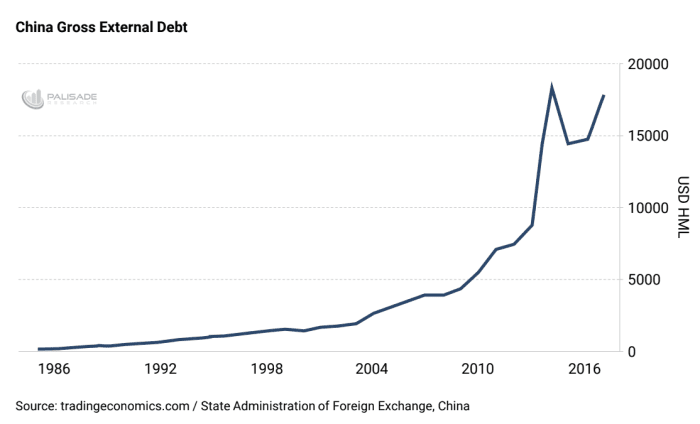 Did you know that China was the world’s largest economy back between the 1500’s and mid-1800’s?

They were the leading trading nation and possessed the world’s largest commercial ships.

Their innovations and production of the printing press, paper, firearms and tools made them a manufacturing powerhouse. British and European businesses often copied Chinese technologies.

China was the world’s leader in textile innovations and manufacturing – seven centuries before the British had their own ‘Textile Revolution’.

And China’s ‘Agricultural Revolution’ and production even surpassed the Western economies – all the way until the 18th century. They even successfully had a paper-money economy with a strong banking system that worked (for a short while atleast).

So, what happened to the Great Chinese Empire?

Well, as history’s littered with the corpses of once great nations – they eventually collapsed.

Many external factors – such as the British being aggressive and colonizing parts of Asia – were a cause.

But the biggest reasons were internal – such as social unrest within China.

And as the population grew, so did the inequality and complexity. . .

One significant movement was the ‘White Lotus Rebellion’. The ruling Qing Empire and elites crushed them eventually. But the rebellion stayed alive in secret – moving behind the shadows to overthrow the Qing Dynasty.

The dissent inside China and their large population was a huge problem for the ruling elites – especially as the poor mobilized against the empire.

And eventually, by the 20th century – less than 100 years after the Opium Wars – China was a broken semi-colonial country with an extremely poor population.

So, what’s the point of this history lesson?

First: China was once a super power and the largest economy – they can certainly do it again.

Many don’t know this, but the Chinese communist-capitalist hybrid economy focus more on social stability than profits and loss.

Even though China has basically adopted capitalism – starting in the early 1970’s – they still depend on strict social control.

Many investors today forgot the massacre at Tiananmen Square in Beijing during 1989.

Inflation was roaring and eating away at China’s large poor population. And even though the adoption of ‘freer’ markets in the 1970’s made China’s economy stronger and richer – many still didn’t get any of that wealth.

Hence – as history showed us – rising inequality and declining real income leads to anger and protests.

The Chinese leader at the time – Deng Xiaping – sent the troops into Tiananmen Square and squashed the dissent.

The results caused the world to show disgust towards China. And it threw the Communist Party into disarray.

The Chinese today – over 30 years later – haven’t forgotten the Tiananmen Square Massacre – and neither has the current Communist Party leaders.

To make sure things like that don’t happen again – and to keep the people happy – the Chinese government focuses first on social stability – profits secondly.

All this ties into what’s going on today between the U.S. and China. . .

President Trump has publicly criticized China for their years of underhanded tactics. Such as currency manipulation, theft of U.S. business’s intellectual property, and dumping exports (flood supplies of certain goods to push prices down).

Using these ‘underhanded tactics’ – estimates show that since China joined the World Trade Organization (WTO) in 2001, there’s been a wealth transfer from the U.S. to China exceeding $17 trillion.

I’ve written about the developing trade war between the U.S. and China as the two countries enact tit-for-tat tariffs (taxes on each other’s imports).

But there’s something more important brewing under the surface of all this. . .

And that’s the transition from trade war into a currency war.

I wrote a special piece recently about how China’s weaponizing their currency – the yuan.

As I showed before – the balance of trade between the U.S. and China is asymmetric. Meaning that China exports way more to the U.S. than they import from China.

This puts China at a huge disadvantage.

But they can counter it by devaluing their currency. . .

The idea is that if the U.S. raises tariffs on Chinese goods by 25%, then China must devalue the yuan by 25% to offset the difference.

And since the trade war heated up at the end of May – the Chinese yuan has collapsed roughly 9% against the U.S. dollar.

This currency devaluation is in retaliation to Trump’s trade war.

And the more the U.S. raises tariffs – expect China to devalue the yuan in-kind.

Not only does a weaker yuan artificially boost Chinese exports. But since currencies are free-floating now – a weaker yuan means a stronger dollar. This will make U.S. products around the world more expensive to import.

China can’t simply devalue the yuan and get away scot-free.

The truth is, the weaker yuan will cause inflation in China – which will lead to social unrest.

It will also make China’s external debt burden much heavier – which has grown at an insane rate over the last decade.

Also – the last time China devalued their currency so dramatically – such as in August 2015 – it rattled global markets.

Not to mention, China’s growth has slowed considerably over the last few years.

No doubt the Chinese government will intervene to prevent such instability – but it will come at a cost.

That’s why – because of all this – I expect Chinese stocks to do poorly over the coming couple of years.

Putting it simply: I think China is becoming increasingly fragile.

And declining Chinese stock prices will be collateral damage of an escalating trade-and-currency war.

That’s why the play here is to buy long-dated, out-of-the-money Put options (betting against) on the iShares China Large-Cap ETF (Ticker: FXI)

The FXI is the iShares China Large-Cap ETF which tracks the FTSE China 50 Index.

This ETF’s made up of the 50 largest Chinese stocks that trade on the Hong Kong Stock Exchange (HKSE). These stocks go by the name ‘H Shares’, since they’re traded on the HKSE, and are in Hong Kong dollars.

And Because they’re on the HKSE – there’re two big things you need to know:

1. The Hong Kong Stock Exchange is driven by foreign investors (since it’s a free market – unlike Mainland China). So, if the world’s investment community turns bearish on China – this will drive the FXI down.

2. The Hong Kong Dollar (HKD) is still pegged to the U.S. dollar at a 1-to-7.80 exchange rate. Therefore, if the yuan depreciated against the USD – it’s the same as devaluing the against the HKD.

And since the FXI’s 50 companies and their assets are in China, a devaluation of the yuan would be instantly felt on the Hong Kong Stock Exchange – sending share prices tumbling.

Because it’s a poorly diversified and built ETF with huge risk exposure. . .

For instance, the FXI has nearly 50% of it’s weighting in Chinese financial firms. And since Chinese banks and insurance companies are directly exposed to China’s raging housing bubble – this puts them at risk of depreciating property values.

Also – bank balance sheets are very sensitive to currency devaluations. So, if the yuan continues declining, this will negatively affect the banks and their assets.

Since China has a capitalist-communist hybrid economy, the government would undoubtedly bail-out the banks if things got that bad. But like what happened to U.S. Banks in 2008, existing shareholders would get diluted out as the government recapitalizes them.

This makes buying FXI Puts a great play against an over-indebted and weakening Chinese economy – as well as an indirect way to bet against the yuan.

It’s already down -4.25% since this time last year – and I expect it to decline much further.

With the yuan in decline since May – and already down 9% – I believe this is just the start. And as the trade-war worsens, China will sharply devalue their yuan further to offset any U.S. tariffs as well as their slowing economy.

What I mean by this is: the downside’s limited, but the upside potential is massive. Think of it as buying insurance.

Here are the two outcomes from this play. . .

The minimum downside/risk (the worst case): Chinese stocks don’t collapse. And I hold my Put options until they expire worthless (or you can always sell before expiration to get some of your capital back). All that I lost is the upfront premium I paid to own the options. . .

The upside potential: China does a sharp devaluation of the yuan and the Chinese stock market implodes. The trade war and currency war escalate, and the Chinese government needs to bail out suffering businesses. The FXI Put options will significantly increase in value. I then sell at a large profit.

The beauty of this strategy is that I already know the ‘worst case scenario’ and the risks before I buy. I can’t lose more than the cost of the premiums.

And if things do work out – like our play in March betting against the iShares MSCI Turkey ETF (TUR) that soared 475% – the upside potential ishuge.

Again, I believe that speculators and contrarians need to take advantage of the trade-war and coming currency war between the U.S. and China.

And the strategy above is the best way to do just that in my opinion. . .

Using optionality and betting against the FXI this way gives speculators the low-risk and huge upside potential from a depreciating yuan and collapsing Chinese stock market.

Lately, my team and I have had our Macro-Fragility Indicator alerting us of fragile economies, currencies, and markets that are reaching their ‘tipping points’ – which are highly susceptible to minor tremors that will send them crashing down.