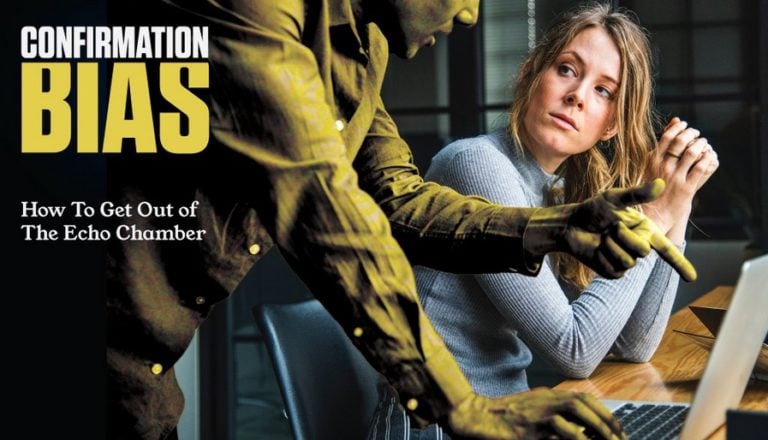 Is social media leading us all into echo chambers? After the last Presidential election there was a wide swath of the population that was taken completely by surprise, mainly because they had only seen news that confirmed their belief that their candidate would win. But how does this happen?

Chances are you are mostly friends with people on social media who share your views on the world. So when you post something political to social media, you are more likely to hear confirmation than dissent, reinforcing your world view rather than making you question it. What’s more, if you do hear dissent you might blow it off as an anomaly, and you might even block the person with the dissenting viewpoint. You’re also more likely to see others posting things you agree with so you can be assured that everyone is in agreement with you. Before you know it the world isn’t even recognizable to you anymore once you finally break through your confirmation bias bubble.

In order to avoid falling into the confirmation bias trap, make sure you are seeing arguments from both sides of the political spectrum. That doesn’t mean you need to legitimize racism, classism, or anything that stands against your personal religious beliefs. But you do need to recognize that the whole world might have a wide array of viewpoints on a given subject rather than everyone being in total agreement with you at all times.

The most important thing you can do is to fact check things before posting them online or on social media. Remember back before social media all the crazy conspiracy theory emails your weird uncle would forward you? That’s basically what social media is going to turn into unless people start fact checking things before they post them. There are great resources available like Snopes, FactCheck.org, and PolitiFact that can help you determine the truthfulness of stories you see online. And guess what? It’s actually OK to tell your friends when they are posting things that aren’t factual. It will make the world a better place.

Historically speaking, democracies have a limited shelf life. False, misleading, and otherwise untrue news stories online are leading to a level of divisiveness that could result in an end to democracy. It’s up to you to stop it. Learn more about how confirmation bias might be altering your perception of reality from this infographic.